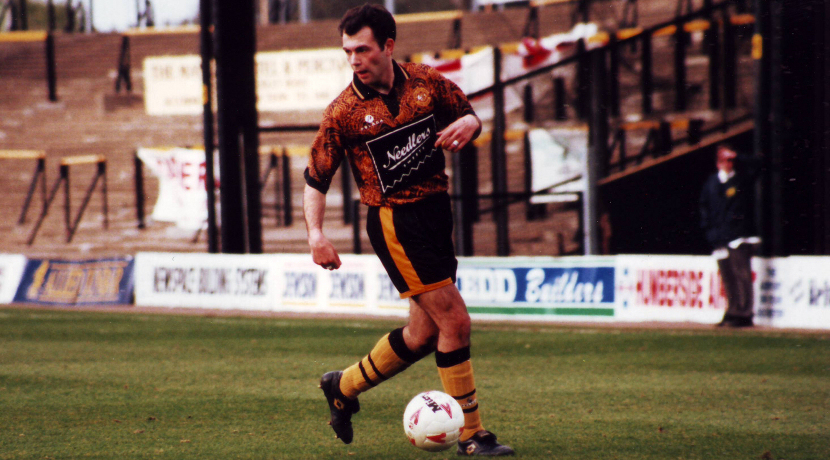 Kit notes: 1994/95 was an utter mess. The vile leopard spot kit remained, and was made even worse when the club changed sponsors, electing to stick a ludicrously large and unweildy Needlers patch over the previous sponsors’ wordmark rather than produce new kits. The results were just beyond ugly. Midway through the season the plain black shorts were replaced with an amber side striped and hem banded set that had a alternating matte/shiny thin stripe shadow pattern. The amber sadly, did not match the rust coloured approximation of amber used on the shirts (which was so unlike our regular shade, Oxford were permitted to wear their yellow kits at Boothferry Park), furthermore for some games, shorts with no club crest were used. Later in the season the amber socks with black foldover bands and shin hoops were ditched for plain amber stockings that were a different hue to the amber used on both shirts and shorts.

The jade, white and black away kit was similarly blighted by the unsightly Needlers patch and changing elements. The black and white socks used at the start of the season were inexplicably replaced by plain white hose late in the campaign. The black with amber home shorts were paired with the away kit on the last day of the season in a 2-1 win at Blackpool in which keeper Alan Fettis played as an outfield substitute and scored the winner. A limited edition shirt was produced that was black with thin white stripes and thinner amber stripes flanking the white bands. This shirt was never used in competitive action.

Pelada didn’t appear to supply City with keeper jerseys, and Reusch branded shirts were worn instead. Both jerseys were hideous, migraine inducing affairs featuring a collage of digitised splotches. A year to forget in kit terms. 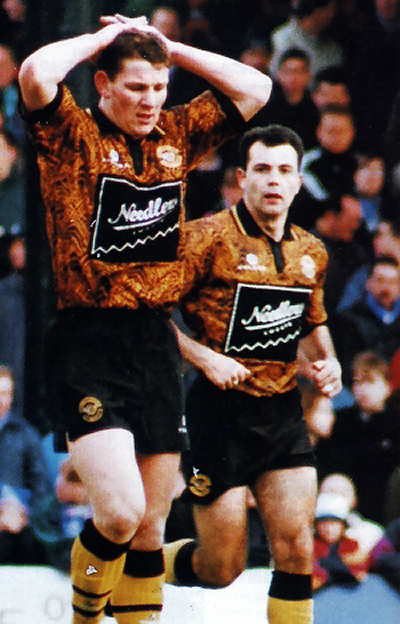 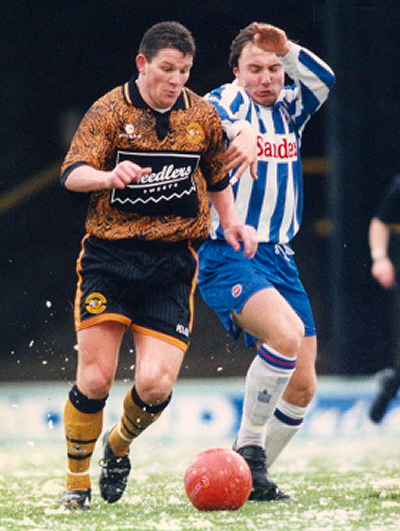 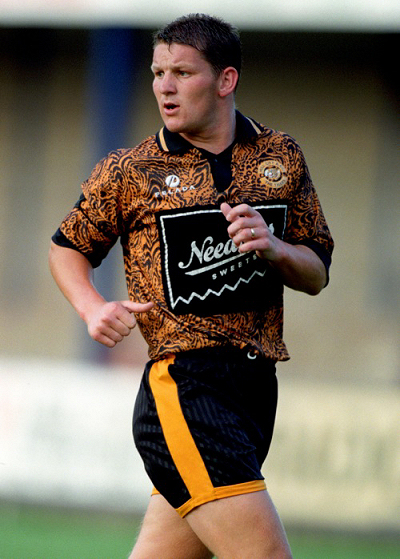 Shorts with no crest 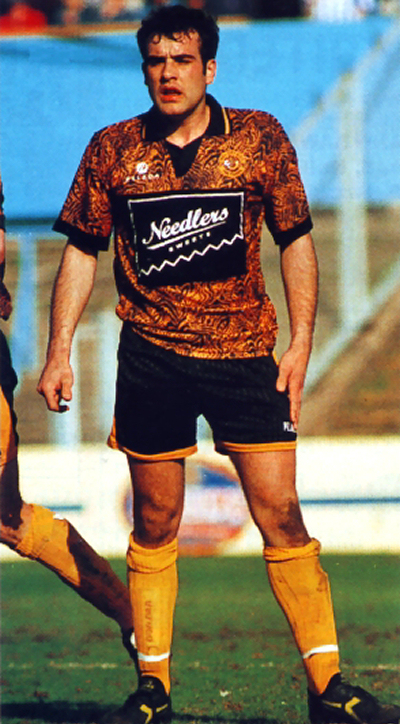 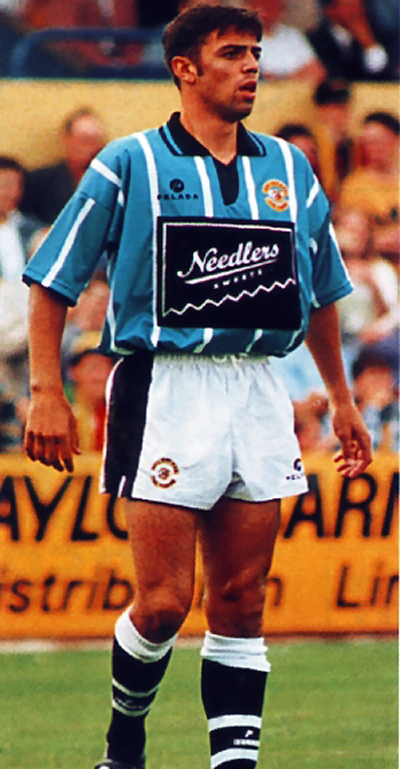 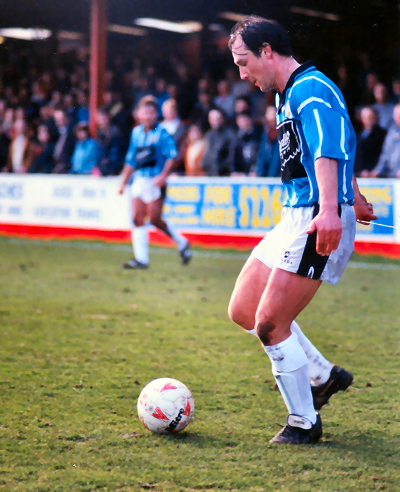 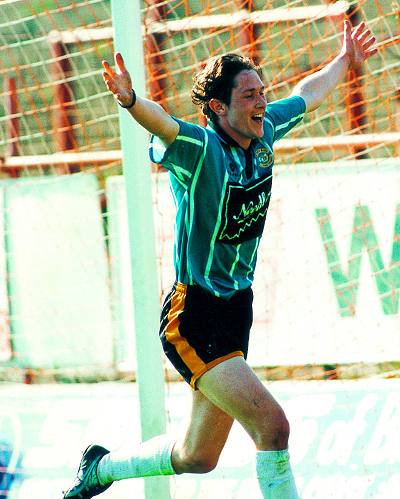 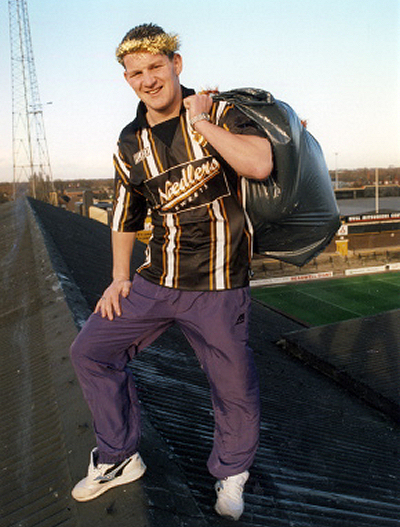 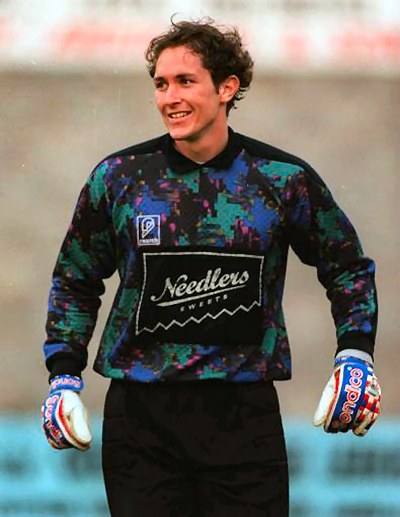 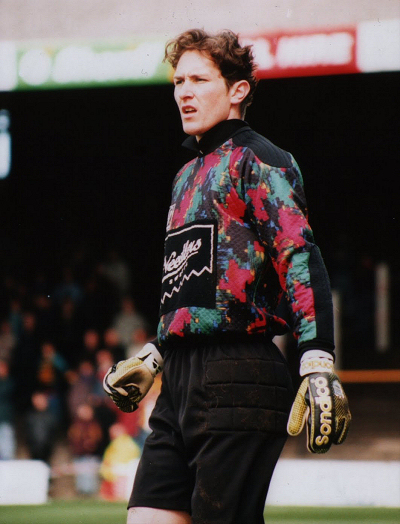