In remembrance – Poppies on City shirts

You are here: Home / Patches & Appliqués / In remembrance – Poppies on City shirts 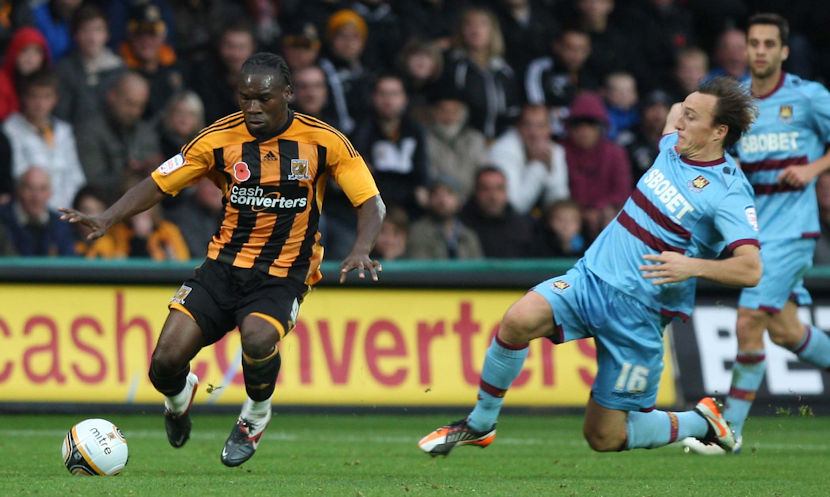 Arsenal midfielder Jack Wilshere, commenting at the height of this week’s manufactured outrage regarding poppies on the England shirts used the word ‘tradition’, as if a poppy appliqué has always enhanced the national team’s garb in games played close to Remembrance Sunday.

While the wearing of remembrance poppies to commemorate lost servicemen dates back to 1920 (and contrary to EDL thinking is not a uniquely English or British custom, the practice originated in the United States), the addition of the poppy motif to the playing kits of footballers is a distinctly modern exercise, and they have never appeared on England kits before this year. 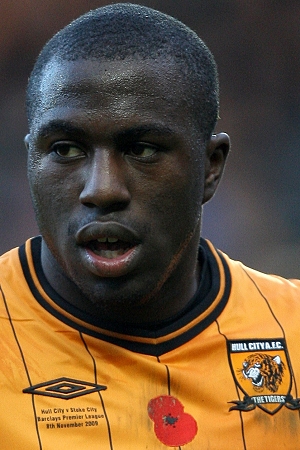 Even at club level the convention is only several years old, and City didn’t join in till 2009, when they played a game on Remembrance Sunday. Since then though, it has become a yearly occurrence.

On November 8th 2009, the Tigers hosted Stoke in a Premier League encounter at the KC Stadium, a game marked with a respectful silence before kick off.

In the run up to the game, the club announced that the players would wear shirts bearing poppy appliqués and embroidery, and that these shirts would later be auctioned with monies raised going to the Royal British Legion.

The following year slightly larger heat bonded transfers were used (these not embellished by embroidered text), and the position of the poppies moved from centre to the right breast (as worn) opposite the club crest, as the manufacturers mark was  placed on the shoulder of the 2010/2011 shirt.

These shirts were used at Preston North End in the Sky Sports televised Championship game on Friday, November 11th 2010, a 2-0 win in which we wore white shorts and socks with the home shirt to avoid a colour clash.

In 2011, because an international break included the weekend of Remembrance Sunday, the poppies were used the week before on Saturday, November 5th, the day of Guy Fawkes’ Night. 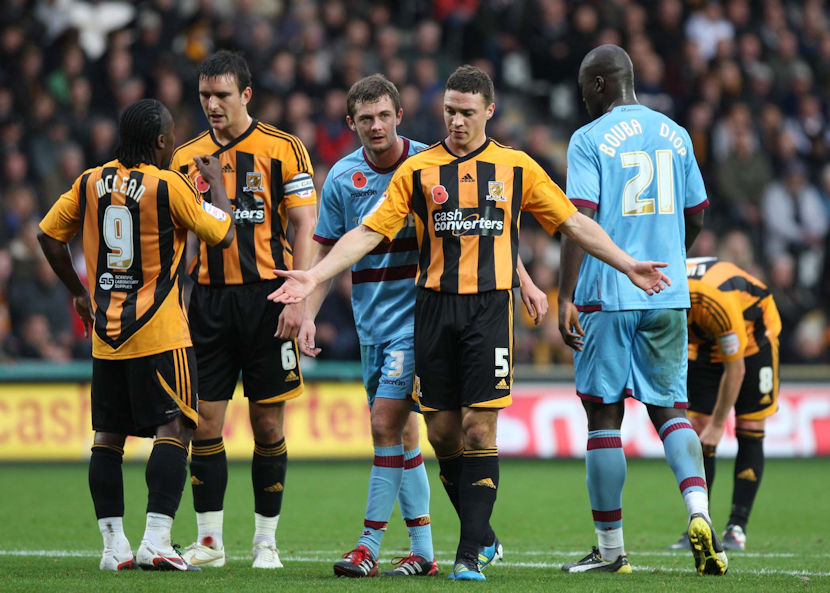 City faced West Ham at home and used the same size appliqués as 2010, with the poppies again appearing on the right breast, opposite the club crest and below the adidas logo.

A silence was observed, and crew of the HMS Iron Duke (a Duke class Royal Navy frigate affiliated to Hull) delivered the match ball and laid wreaths before the game on behalf of the three armed forces.