You are here: Home / Alternates & Mash-ups / Amber shorts and socks used at Derby 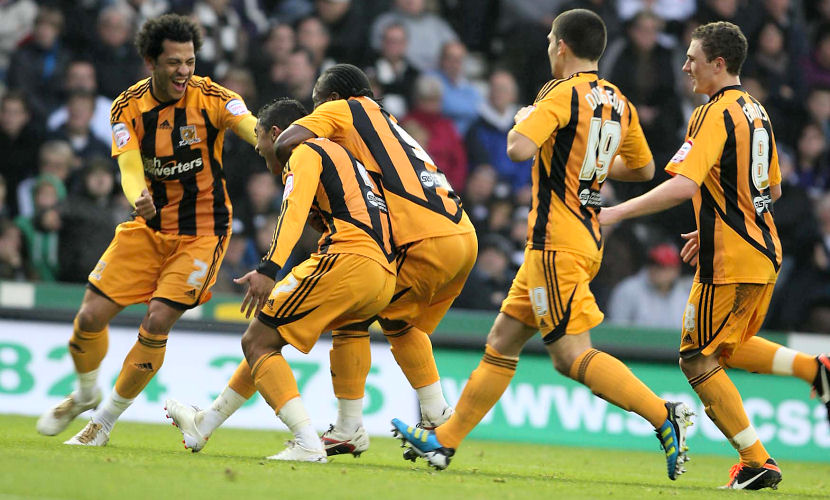 The Tigers today revealed an amber alternate shorts set in the 2-0 win at Pride Park, pairing them and  amber socks with the home shirt.

It was a smart move by kitman John Eyre, as the Argentina blue away shirt doesn’t really provide adequate contrast with the white shirts of Derby County.

The amber socks we’ve seen before, they were used in the pre season friendly against Bradford, but it was a debut for the amber shorts, which are a chromatic inversion of the black home shorts.

City have used amber alternate shorts and socks several times before, in 2001/02 at Lincoln and Luton in November 2011 (As seen on Theo Whitmore, below left), in 2003/04 at Lincoln (modelled by Lee Marshall, below centre) and in 2006/07 at Luton (seen on Ian Ashbee and Michael Turner, below right). 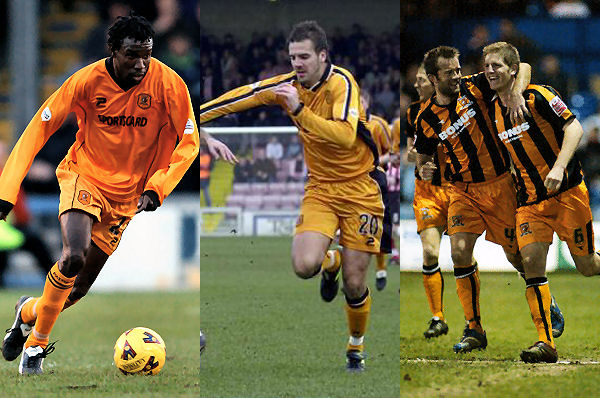