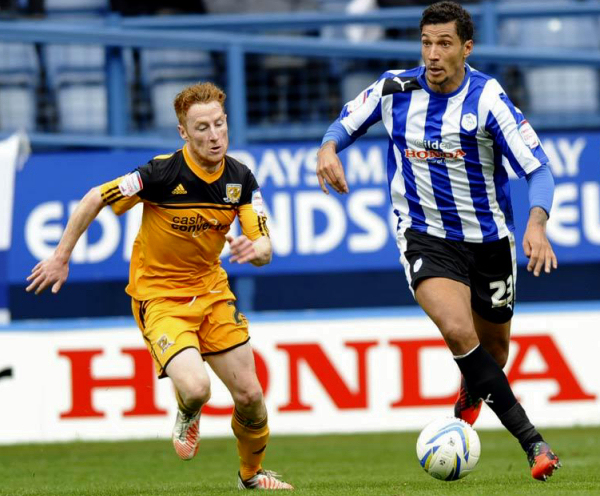 As we announced on Twitter the day before the game, The Tigers would wear all-amber at Hillsborough for the Championship clash with Sheffield Wednesday. City notched a 1-0 win courtesy of a late Aaron McLean strike to halt a run of three successive defeats.

City have two pairs of amber alternate shorts for 2012/13, a set to match the home shirt and another set that are colourway inversions of the black away shorts. The ‘home’ amber alternates were worn in pre-season at Grimsby, but Saturday’s victory marked the first time they had been used in competitive action.