Blog - Latest News
You are here: Home / Away Kits / Tigers to debut away kit at The Valley 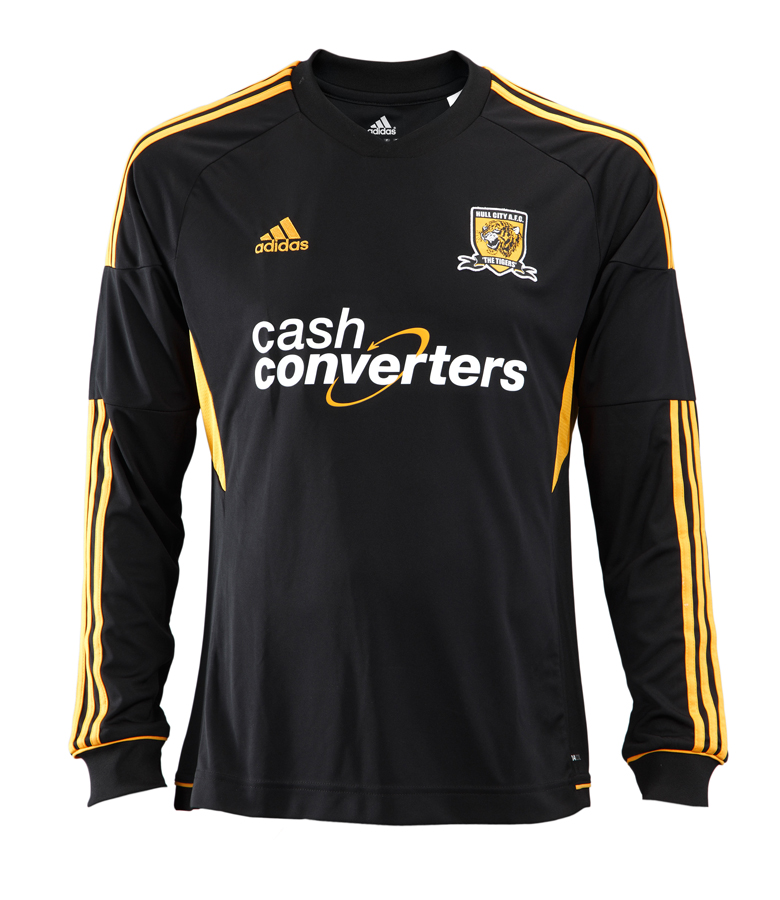 City will wear all black for the visit to Charlton on Saturday, giving the new adidas made away kit it’s first matchday appearance. Most recent kits have been given a first airing at North Ferriby in the annual Billy Bly Memorial Trophy match, with City wearing the home kit for one half and the away kit for the second 45 minutes. This year though, the away kit was launched later than usual, going on sale only a day before the start of the 2012/13  campaign, and being revealed just 24 hours before that.

A change kit isn’t really a necessity when we visit Charlton, their red and white is no clash with black and amber, but we’re keen to see the sleek and sexy new kit in match action. We’d be happy for kitman John Eyre to use it in nearly every away game this season, only Millwall’s navy blue shirt creates a real clash with it, and for games wear the home side wears black shorts, Doncaster and Derby are two, there are alternate amber shorts that could be used.