The season so far…

You are here: Home / Alternates & Mash-ups / The season so far… 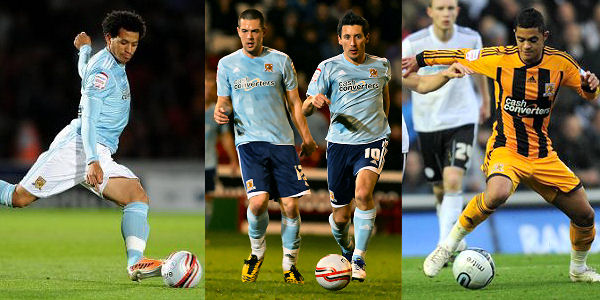 Despite wearing amber socks for the visit of pink clad Bradford in pre-season, City have maintained a uniform look at home throughout the 2011/12 campaign, as you’d expect. Away from home though, The Tigers have worn three combinations of kit to distinguish themselves from the home side.

The Argentina blue adidas away shirt has, so far, been used four times in Championship competition, but only once with the white shorts designed to match. That once was at Doncaster’s Keepmoat Stadium in late September for the 1-1 draw with Rovers.

The other three instances of away shirt use have seen them worn with navy blue shorts, as the home side favours white home shorts in each case. This occured at Bristol City in September (this was the first regular season outing for the light blue away top), at Nottingham Forest in late October and at Barnsley in early November.

Of course the home kit could have been used in all three of these games as red and white doesn’t clash with our amber and black, but then the only time we’d need to not wear our regular colours is for Watford away, which isn’t until April next year, and it is far too lovely a shirt to only wear once.

Ordinarily City would need to wear the away kit against a home side that wears black shorts (as we did at Donny), but as shown at Derby a set of amber shorts can be used with the home shirt instead, and whereas all-amber can looked washed out, the black stripes of the current primary shirt provide enough contrast to make the amber ‘pop’. We like this look, and wouldn’t mind seeing it again, and since Southampton wear black shorts with their red and white striped shirts, we could see it again later this month when The Tigers travel to St. Mary’s on the 29th. 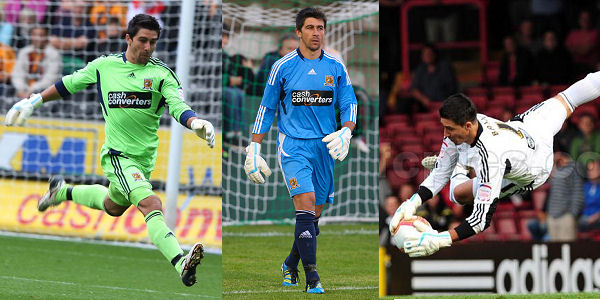 As for ‘keeper kits, the ‘macaw’ green outfit has been worn the most, our netmen have worn it in 13 games this season. The blue version was used at home to Cardiff and Watford, whereas an all white set was worn at Bristol City and Nottingham Forest, taking our minds back to the white kit sometimes used by ‘Bransholme’s number 1’  Steve Wilson during the 1997/98 campaign.

Hull City News 24/7
Amber shorts & socks: Reserves get in on the act