When Rotherham began life in 1925, they were kitted out in amber and black, but the Millers soon stopped aping City and adopted red and white in 1928, a colour scheme they’ve used ever since. The TOSS fanzine once amusingly described Rotherham’s kits as  ‘modeled on Arsenal, worn by arseholes’, red shirts with white sleeves has been the style of shirt used most often since 1947.

Last season’s Millers kit was a doozy, it may have been a template used by many clubs in the league (Burnley, Reading and Sheffield Wednesday among others) but it was a strong template. 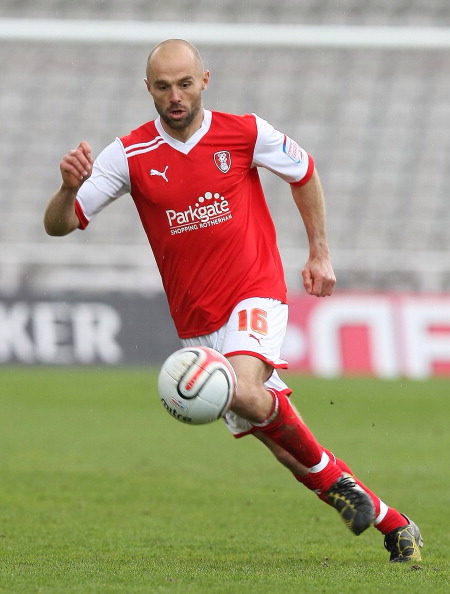 The shirt was fairly simple, red body, white sleeves and a white v-neck collar, the only bit of flash being the two white bars that went from collar to sleeve on the left (as viewed) shoulder. White shorts and red socks completed the kit. An honourable mention goes to the Le Coq Sportif 1995/96 kit, the shirt for that year had a white criss-cross pattern on the body.

Rotherham inexplicably reversed their regular scheme for two seasons at the turn of the century, relegating red to a secondary tone on this Bodyline branded kit, at least from the front. 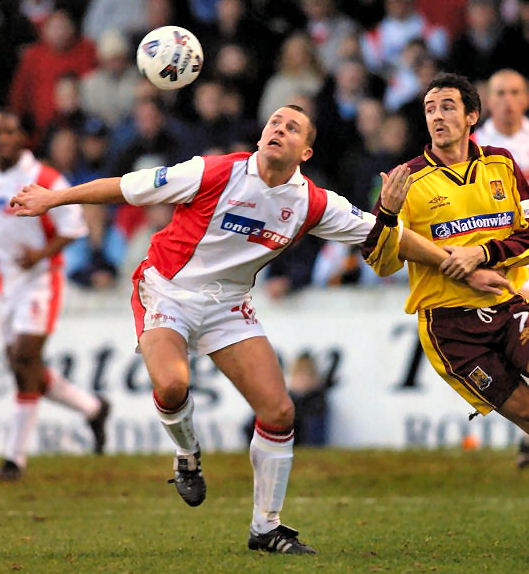 The front of the shirt was mostly white, with red stripes starting at the shoulder and going all the way down, connecting with red stripes on the sides of the white shorts. The back panel though was all red, meaning players facing opposite directions looked like they had different kits on. Not a good look.

Another Puma template, and not a drastic change from last season. As in 2011/12, the Millers home shirt features asymmetric striping, with a single white bar connecting the white collar to white sleeves. The shoulder height bar contains the Puma leaping cat logo in contrast black. 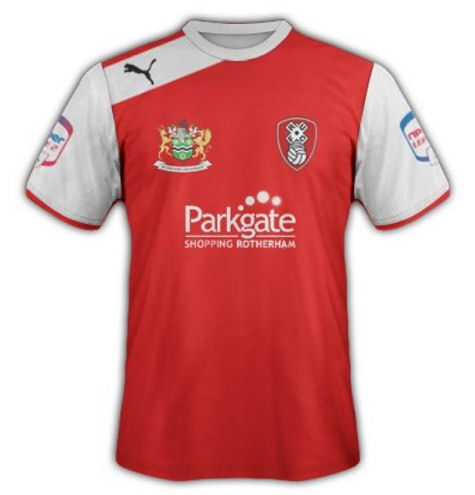 After a few years at the Don Valley Stadium in Sheffield, the Millers are moving back to Rotherham this season, making the curiously named New York Stadium their new home. To mark the move the new shirt features the town coat of arms, containing a gold buck, a gold griffin and an underfed looking black horse, opposite the club badge. Not bad, but not as good as last year’s. The civic crest is a classy touch though.