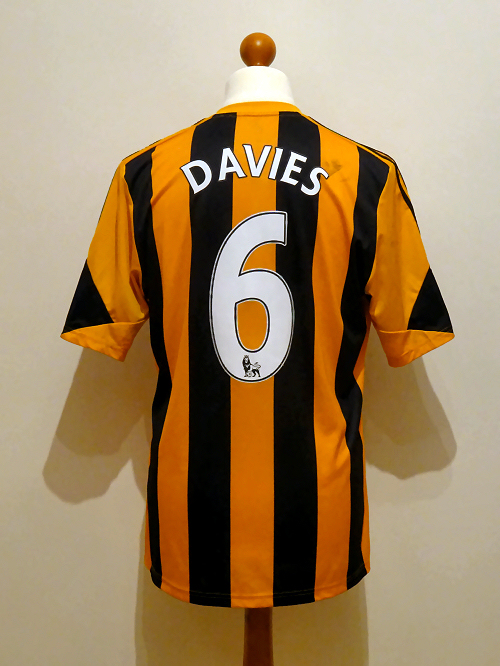 This short sleeved 2013/14 home shirt was issued to and worn by City captain and player of the year Curtis Davies. The sleeves carry the updated Premier League competition patches (designated ‘Pro-S’) and on the back are the new numbers and letters (called ‘PS-pro’). The old ‘SensCilia’ appliqués, used between 2007-2013, had a felt-like feel, but the shinier and plastic feeling replacements are lighter and the graphics look sharper. 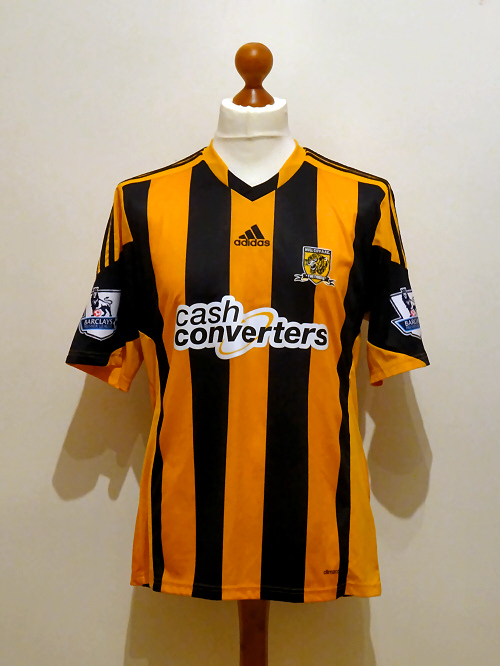 This shirt was likely used in several games, but was last worn in the 1-0 home win over West Ham in September 2013 and has not been washed so is stained with KC Stadium turf in several places. Davies played the full game. 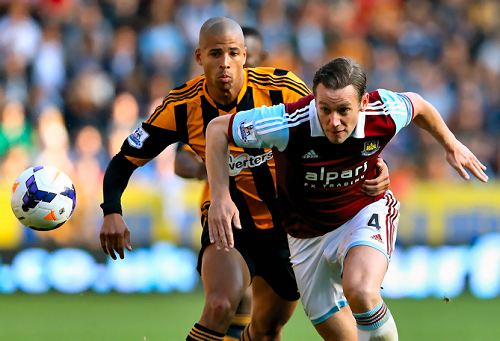