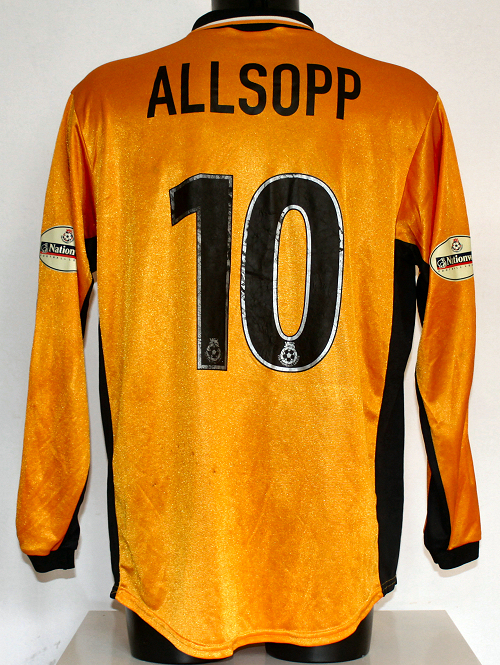 Patrick’s 2002/03 home shirt was used again in 2003/04, the last City home shirt to be used for two seasons. 2002/03 was memorable for the mid-season move from Boothferry Park to the KC Stadium, and in our first full season at the new place City achieved promotion for the first time in 19 years. 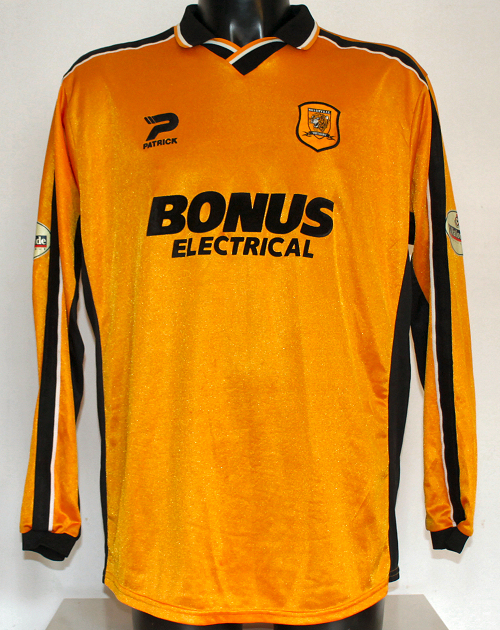 Peter Taylor’s Tigers were attack minded, and racked up a division high 82 league goals, 15 of which were scored by Australian striker Danny Allsopp, who kindly donated us this shirt. Despite outscoring the rest of Division Three, City had to make do with the runner-up spot, but would achieve a second successive promotion in 2004/05. 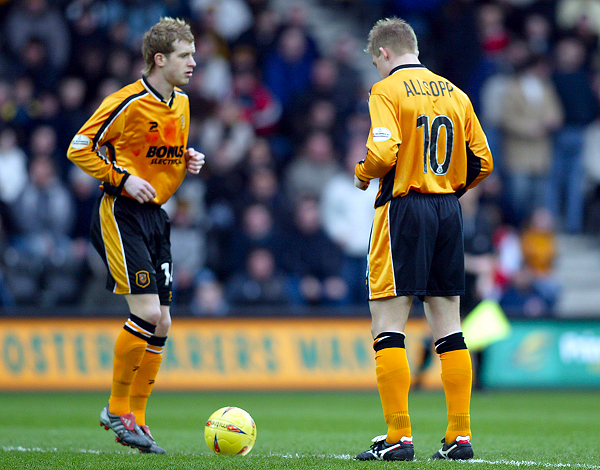 Allsopp wore the long sleeved shirt in many memorable games, the placement of the numbers make it easy to make out in photographs, such as the above image from the victory over Oxford at the KC Stadium.