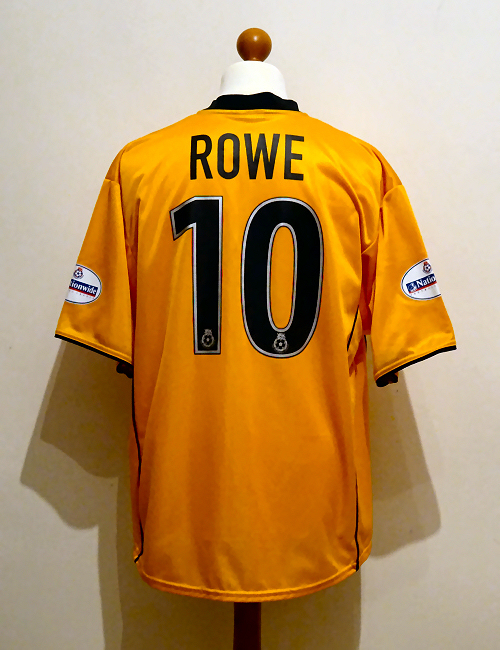 A January 2001 signing, Rodney Rowe played an integral part in City’s run to the play-offs, forming a near telepathic forward partnership with the unfeasibly lanky Kevin Francis. After semi final play-off defeat to Leyton Orient, Francis left the club and there was an influx of new players, including new strikers Lawrie Dudfield and Gary Alexander. As a result, Rowe’s role diminished slightly, he played 15 games, scoring 2 goals in 2001/02, as a side that looked destined for promotion critically ran out of steam. 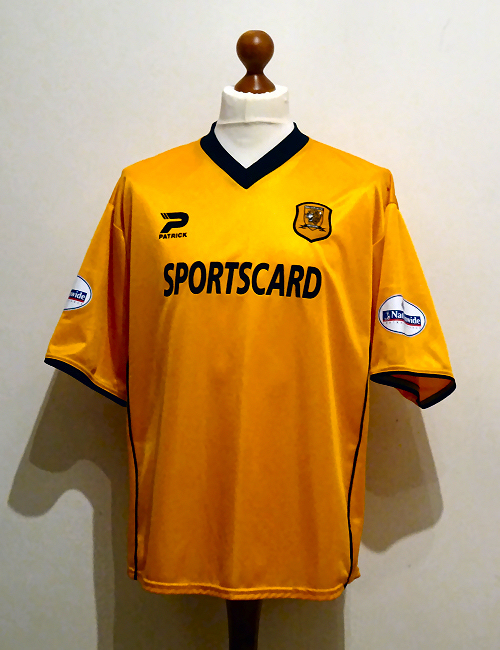 We’re told that this short sleeved Patrick home shirt was handed over by Rowe after wearing it on the substitute’s bench. It certainly doesn’t have signs of extensive use, contrasting nicely to our Mike Edward’s shirt with wrinkly letters and a torn off number.