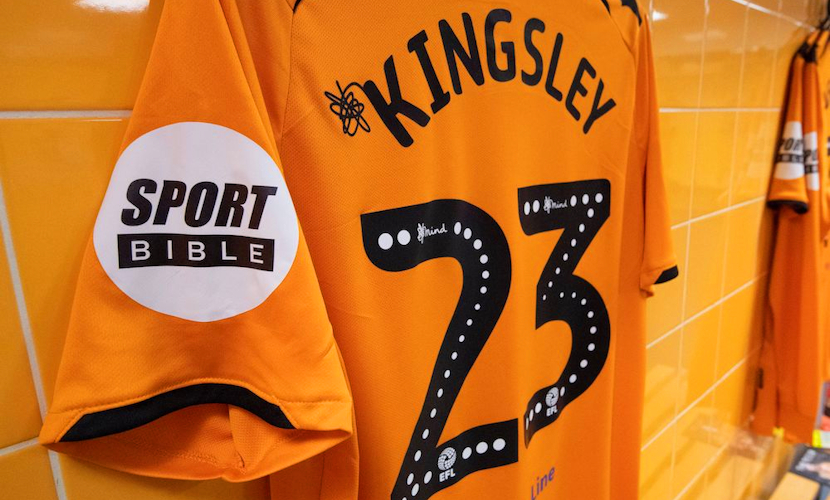 The opening months of a new decade have been notable in kit terms for Hull City;  the year 2020 began with a kit mash-up, and in the month and a half since there’s been temporary appliques, memorials, an away kit sighting and the appearance of a new ‘keeper kit to grab the attention of Tiger Nationals with kitgeek tendencies.  So let’s catalogue the kit occurrences… 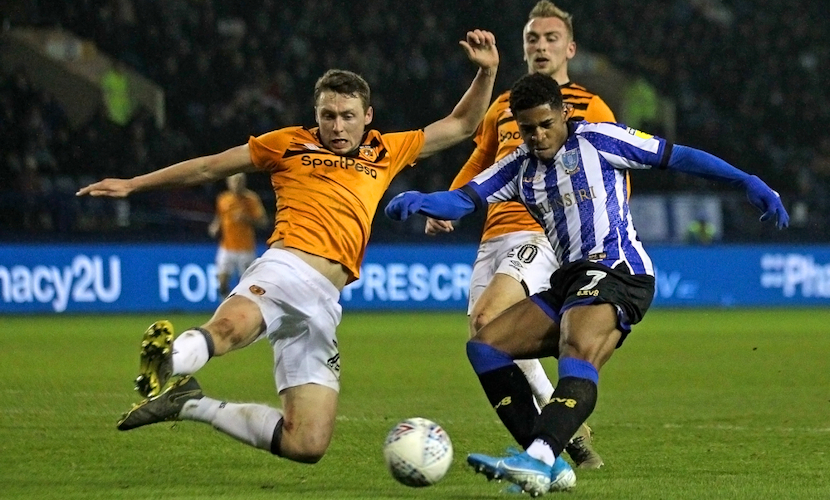 On New Year’s Day, the Tigers ventured to the southern quarter of Yorkshire to take on Sheffield Wednesday in the Championship. Hillsborough is a regular site for City kit mash-ups and the use of alternate shorts, the most famous instance being the 2004 League One encounter (YouTube video), when the Tigers triumphed 4-2 wearing white Umbro shorts (purchased on the day from the Harrogate branch of SportsDirect) with the Diadora home shirts and socks.

White Umbro shorts were employed this time too, as the lower half of the 2019/20 away kit was worn with the primary shirts in a 1-0 win, with Jarrod Bowen giving City a winning start to 2020.

2. Patched up for the Cup 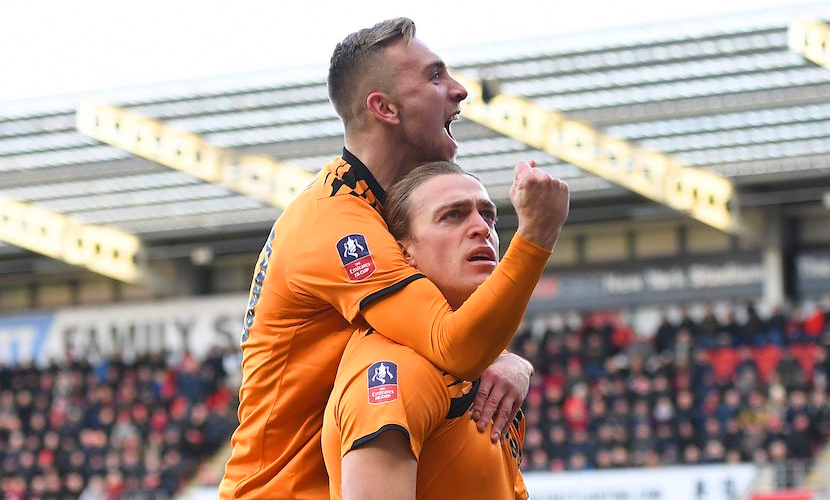 Three days later the Tigers were back in South Yorkshire, this time for the FA Cup third round, their opponents Rotherham United. The right sleeves (as worn) of the shirts of both sides carried competition relevant sleeve patches.

FA Cup sleeve patches were the exception rather than the rule not so long ago. City’s first time sporting them was in the Wembley hosted semi-final against Sheffield United in 2014, victory in which meant they were used again the 133rd FA Cup Final.  I’m not crying, you’re crying.

By 2015/16, use of the appliques had been extended from the final two rounds to any game that was televised. When City took their fifth round tie against Arsenal to two matches (the first a 0-0 draw, the second a 0-4 defeat), their shirts featured the patches in both, and on both sleeves (this being a time before sleeve sponsors).

By 2019/20 however, the applique edict seems to apply to all professional clubs, as every side in round three had them, and they were abundant in rounds one and two. Tom Eaves’ hat trick at the, ahem, New York Stadium meant we’d see the cup patches in at least one more game in 2020… 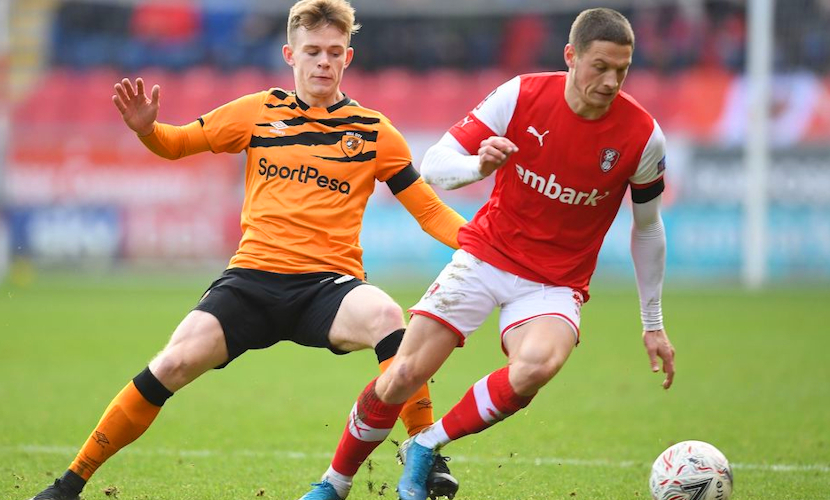 Both sides in the Rotherham game wore black armbands to memorialise the brother of Millers assistant manager Richie Barker, who passed away aged 39. 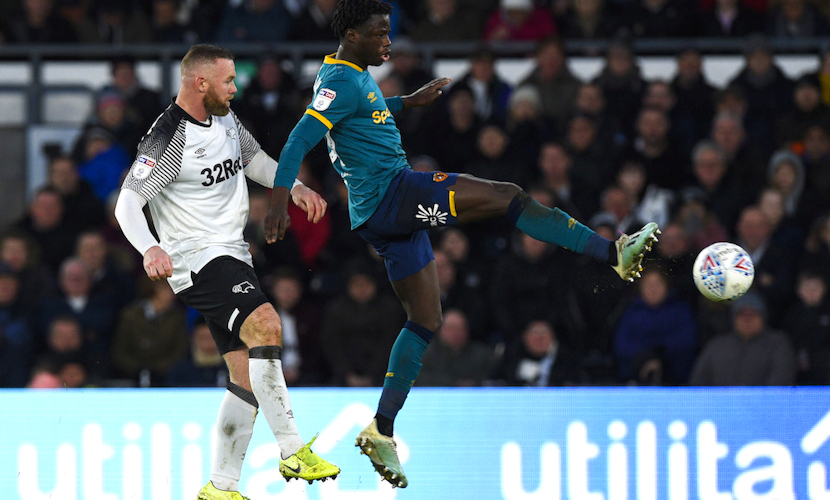 Wearing home shirts with white away shirts is a less unpalatable option, but one we’ve gone with at Derby before, in 2010/11 and in the 2015/16 regular season.  Not this time though, as City elected to give the third kid a third outing.

We’ve become so used to City third kits being worn at the homes of teams in red and white, the deep lagoon and medieval blue kit had previously been used at Barnsley and Middlesbrough for example, that seeing it at Derby in January was a bit of a surprise. It did however, provide an alternative to black shorts, evcn if the deep blues weren’t THAT distinct at distance from Derby’s black shorts.

Will we see the third kit again? If so, the likeliest opportunity will be Bristol City away in April. We’ve worn a third kit in each of our last four outings at Ashton Gate.

5. Temporary sleeve sponsors in the Cup 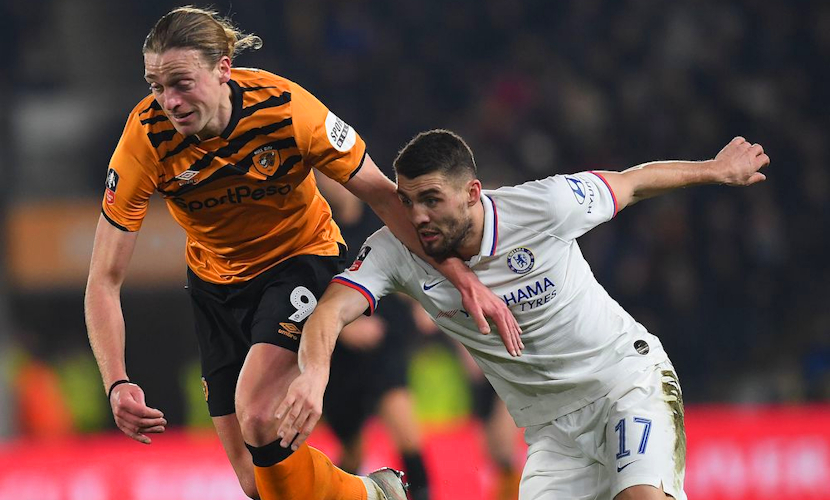 Cup patches returned for the fourth round game against Chelsea at the KCOM Stadium, joined by City’s first sleeve sponsor. Advert appliques on the sleeves became a thing in 2017/18 following the Premier League’s decisions to no longer have a title sponsor (Barclays, Carling) and make only one competition patch mandatory, freeing up a sleeve for another paid advert. Premier League clubs are strapped for cash after all. Now though they can blight shirtsleeves with adverts for mobile phone games (Everton), or promote the tourism potential for genocide hotspots (Arsenal).

Sleeve sponsors are permitted in the FA Cup too, so City took the opportunity to bring is some additional funds with a link up with SPORTbible, the social media EPIC BANTZ provider. Or something. Their wordmark appeared on the left sleeve (as worn) of Tigers’ shirts for this game only. 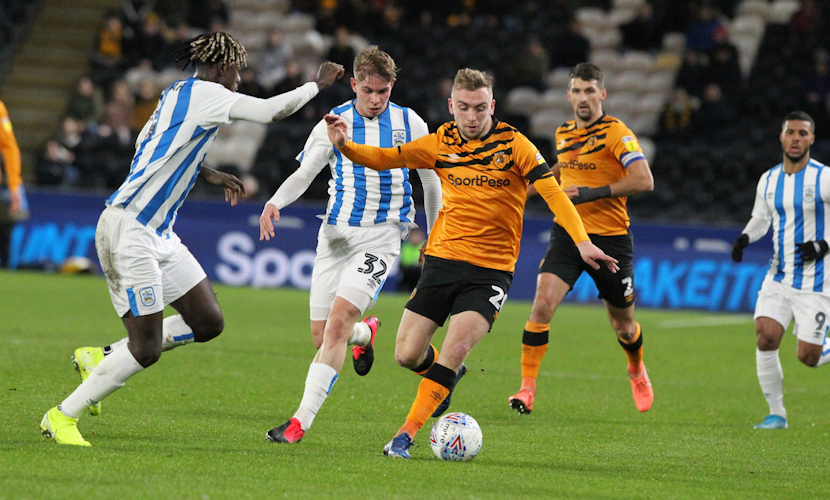 Both sides wore black armbands and a minutes silence was observed before City’s home game against Huddersfield. This was in tribute to Jordan Sinnott, the Matlock Town player who was killed in an assault in Retford. Sinnott began his career at Huddersfield and was the son of former Terriers  captain Lee Sinnott.

In an additional tribute, Hull City joined clubs from around the country in donating a shirt with SINNOTT 25 on the back. These are to be used at the player’s funeral before being donated to Sport Relief. 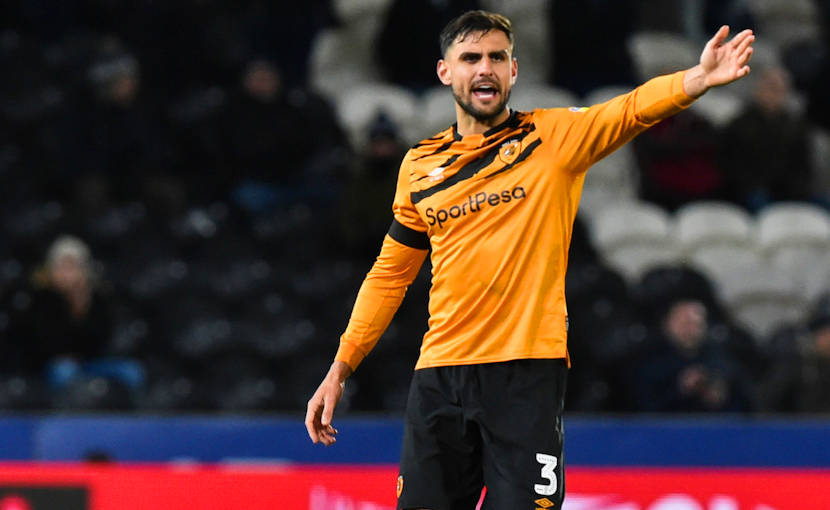 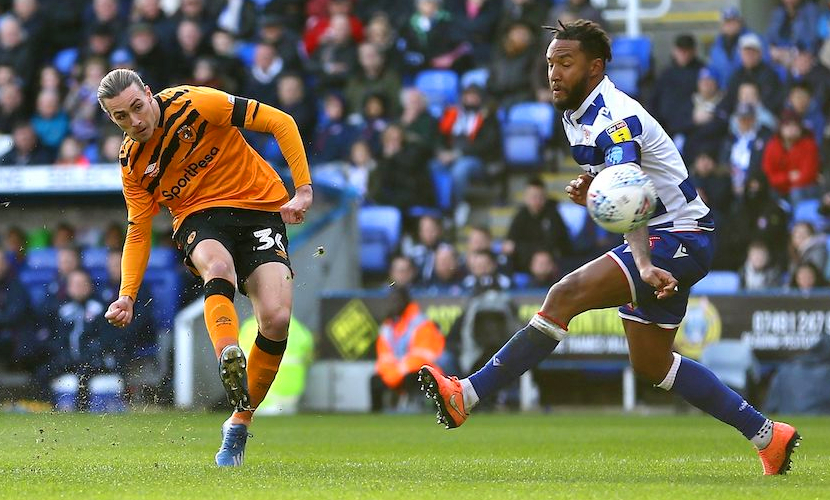 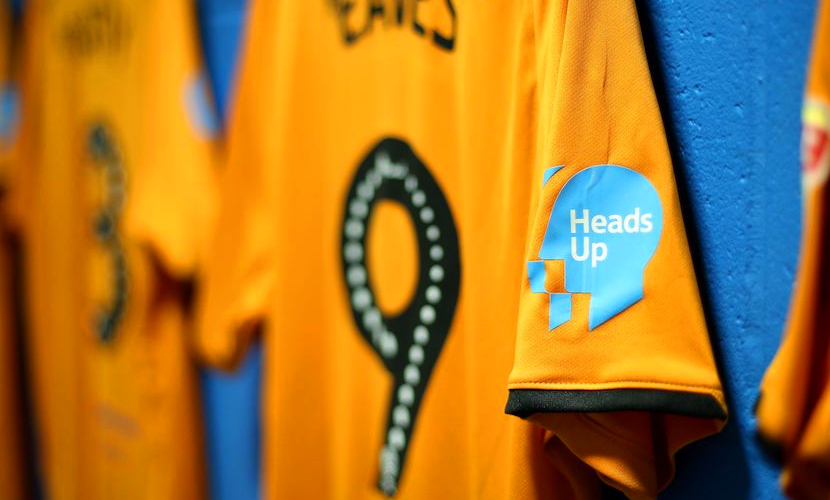 Teams from across the English leagues are sporting the ‘Heads-Up’ logo on their kits for two weekends in February. City’s shirts had blue appliques on the right sleeve (as worn) at Reading, though the home side elected to wear armbands featuring the ‘Heads-up’ logo instead, as both sides marked a partnership between The FA and mental health initiative Heads Together. We can expect to see the logos again when City host Swansea on Valentine’s Day, and other clubs will be involved over the February 14-17th weekend. 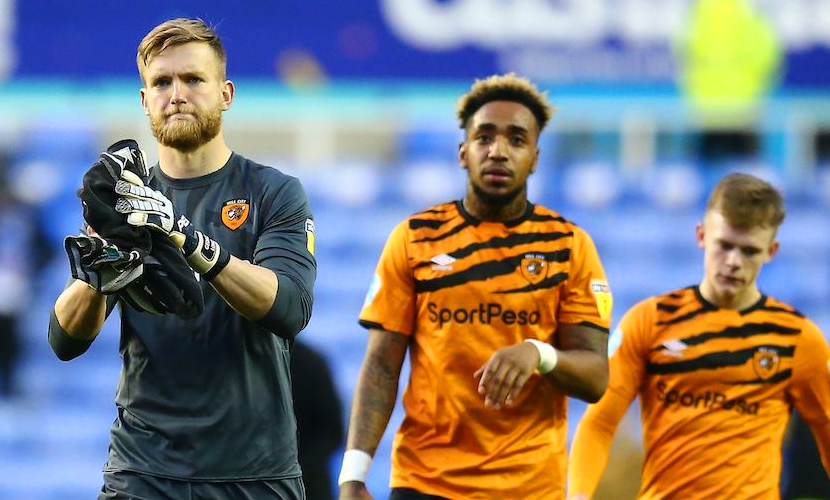 Lastly, George Long was sporting a new look at Reading, wearing a dark grey ‘keeper kit. Prior to the game at the Madejski Stadium, Tigers keepers had worn either green or yellow kits this season, but a new ‘carbon’ coloured option is now part of the netmen’s wardrobe.