Blog - Latest News
You are here: Home / Alternates & Mash-ups / Kit news round up 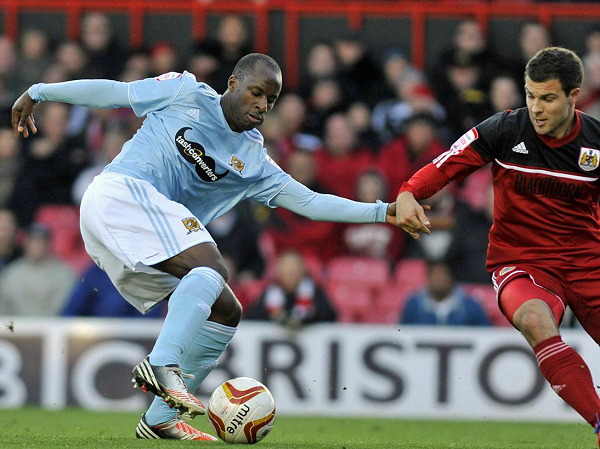 City’s 2012/13 third kit (a.k.a. the 2011/12 away kit) wasn’t expected to be worn until December 8th when we travel to Watford, but the decision to use a one-off sponsor appliqué in support of the ‘Movember’ male cancers charity at Bristol City saw the Argentina blue and white kit pressed into use.

Since the club had a cache of the blue shirts with no sponsor affixed, it was easier to apply the moustache decals to those rather than alter shirts that already bear Cash Converters’ logo. The ‘Tash Converters’ shirts, worn for the Sky Sports televised 2-1 win played on the evening of October 27th, are being auctioned soon with proceeds going to the charity that encourages month long sponsored moustache growth.

Because Bristol City favour the alarm orange Condivo ’12 goalkeeper jersey that The Tigers also use, a tan and black jersey was worn by Ben Amos. Swansea have used this colour shirt for most of this season, though we paired it with the black with white trim training shorts rather than tan shorts. 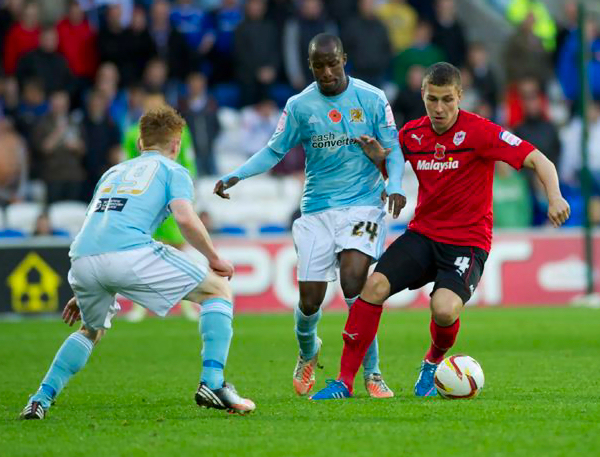 The Argentina blue shirts were given another run out at Cardiff, this time with the poppy appliqués marking Remembrance Sunday and the work of the Royal British Legion, City evidently only printed one set of shirts as many players who had poppies affixed in the first half didn’t have one in the second half. For the last few years poppy shirts have been auctioned, if these are too there’ll be a glut of blue third shirts up for grabs soon.

Home games have been less exciting from a kit perspective, though it was interesting that the ref for the Burnley kit had no problem with Dave Stockdale wearing Cyan blue in goal despite the visitors having blue shirtsleeves and shorts. 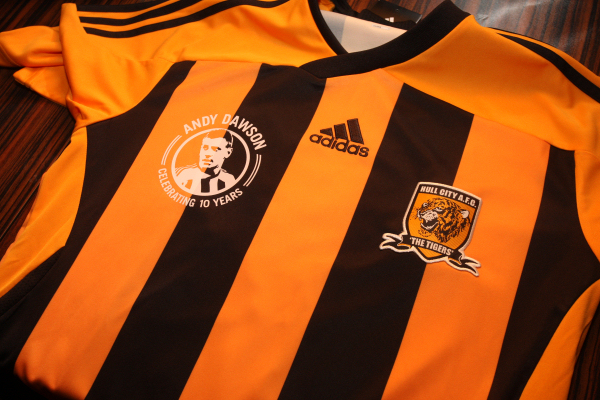 Finally, at Andy Dawson’s testimonial evening at the KC Stadium, the above shirt was up for auction. It’s an unsponsored (*scream*) version of the 2011/12 home shirt with an ‘Andy Dawson – Celebrating 10 years’ appliqué. These are brilliant, let’s hope there are more and they go on sale at Tiger Leisure.