Blog - Latest News
You are here: Home / Auction Action / Kit news round up 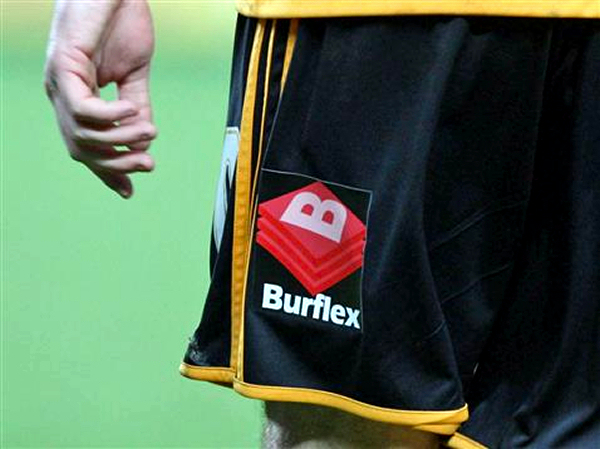 Eagle eyed fans watching the 0-0 draw with Leicester on Boxing Day will have noticed that a new appliqué had appeared on the playing kit. Two days later the club announced a sponsorship deal with local scaffolding firm Burflex, who would become back of shorts sponsor for the remainder of this season.

The Clay Street firm have struck a deal that covers not just the rest of the 2012/13, but also the whole of next season too, although if City were to be promoted this term the Burflex appliqués would not be used in 2013/14, as kit sponsorship is restricted to chest advertising only in the Premier League. 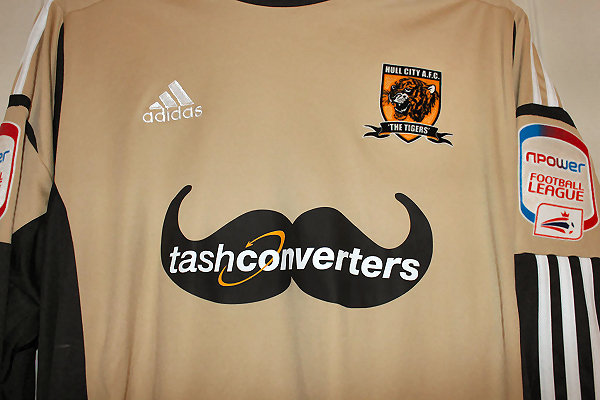 Early in January the 3rd shirts worn at Bristol City were sent out to the winning bidders of an online auction that ended on Christmas Day. The Argentina blue shirts featured  ‘tash converters’ appliqués, as main sponsor Cash Converters used the televised game in late October to show their support of the Movember charity.

Scorer Sone Aluko’s shirt fetched a whopping £510, that along with cash raised from the sale of the rest of the shirts will go towards male cancer treatment research. We were rather chuffed to snag Liam Rosenior’s matchworn shirt, but what later grabbed our attention was the crest patches used on the goalkeeper shirts.

Tiger National Andy Bradley won Eldin Jakupović’s bench worn keeper jersey and sent us a photo of his purchase, showing that the crest used was the 3D effect, layered felt type which featured on City’s 2010/11 kits, whereas the outfield shirts all used the iron on (but meant to look stitched on) crests used on kits for both this season and for 2011/12. Dave Holmes, snagger of the matchworn ‘keeper shirt from that game, confirmed that Ben Amos’ jersey used the 2010/11 crest too. Curious. 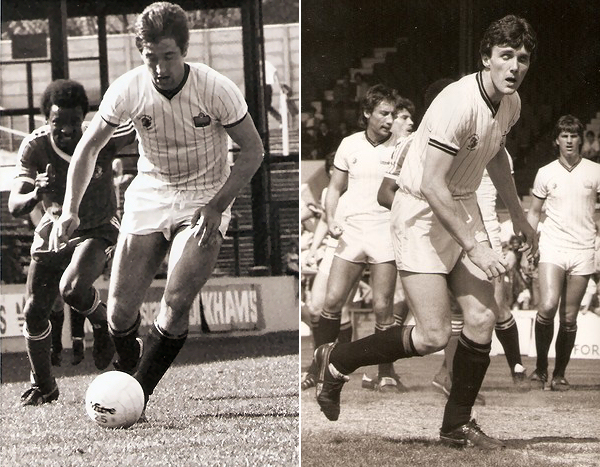 Finally, a request for knowledge. The above photos were both for sale on Ebay recently, and show City in the Admiral away shirt introduced in 1982/83 and used throughout the six year period Admiral made City’s kits. The pinstriped away shirt is being worn with plain white socks and what black socks, do you know what game these images are from?