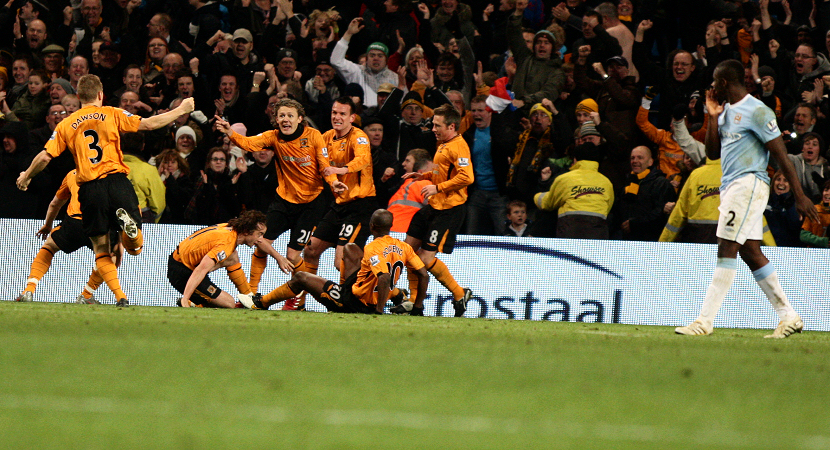 Kit notes: Umbro’s final home kit for City was a throwback of sorts, drawing inspiration from the pinstriped Admiral 1984-86 shirt. There was no return to red as a trim colour though, that hue disappeared from our palette in 1990 after 8 consecutive years use, instead the pinstripes were black on this simple V-necked shirt. The pinstripes were used on the socks also, which probably makes them ‘pinhoops’.

Chinese laws regarding the advertisement of betting services meant the shirts worn in two Barclay’s Asia Trophy fixtures in Beijing were sans-Totesport branding. The colour of the away kit was termed ‘Fusion blue’ by Umbro, shirt, shorts and socks were all of that shade with navy contrast trim. That kit was worn at Wolves, Fulham, Bolton and Tottenham in the Premier League, and in a mid-season friendly against Atalanta in Bergamo, Italy. 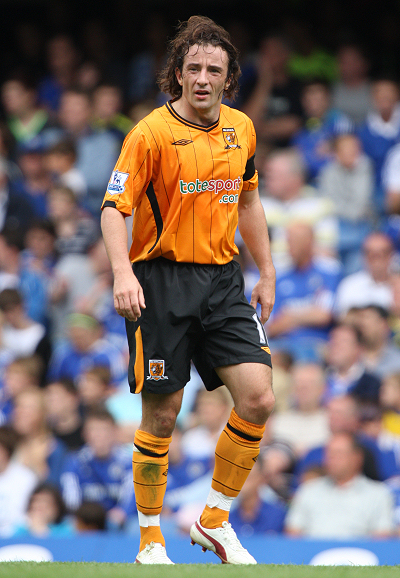 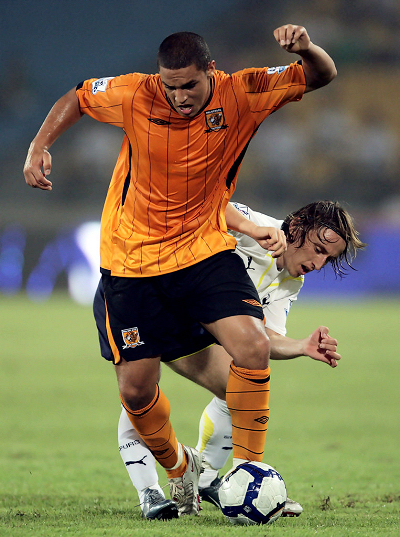 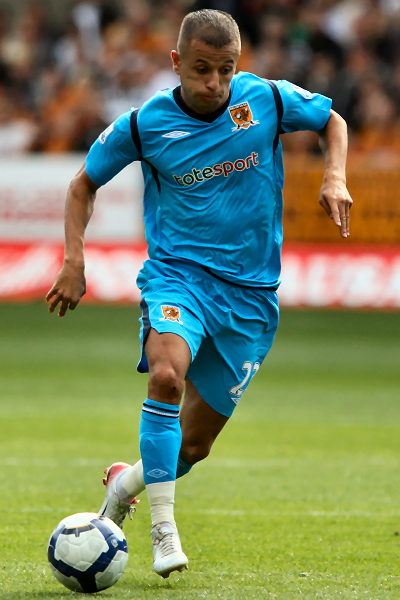 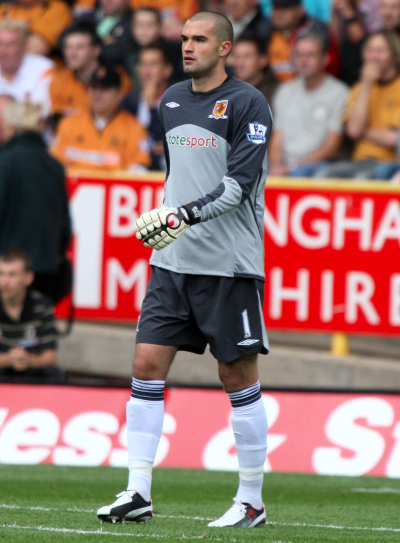 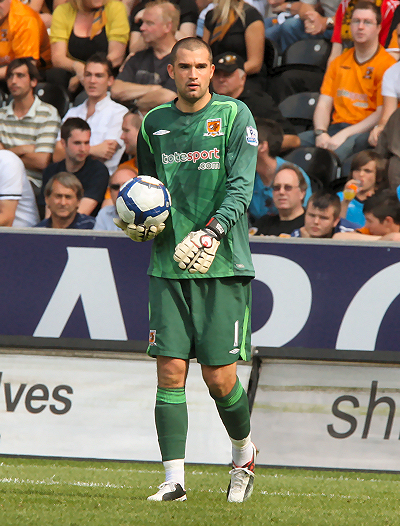