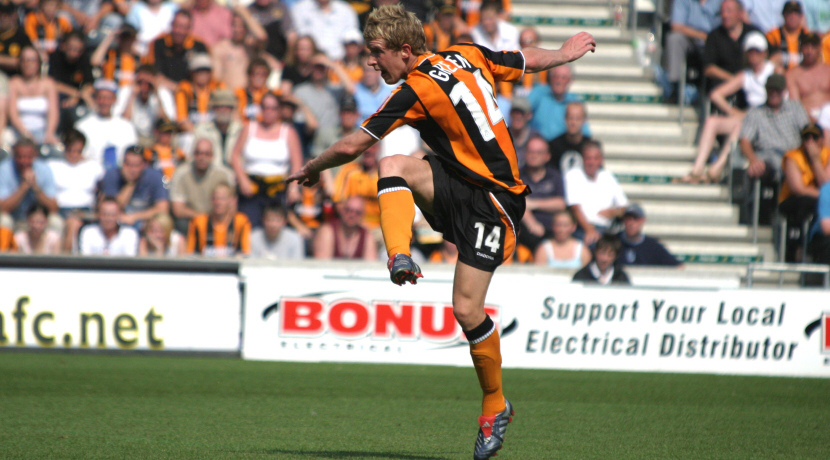 Kit notes: City reverted to stripes for their centenary year, a nod to the first black and amber shirts that inspired the Tigers nickname. The V-neck home shirt featured bold, thick stripes and used a shade of amber a little orangier than that used in previous years. Both collar and cuffs (on the short sleeved shirts) had a thin band of white piping, and the club crest had 1904-2004 text on the banner which normally reads ‘The Tigers’.

The black shorts had a bending, tapering stripe of amber with ‘feather-edge’ white trim on either side, completing the kit were amber socks with a white stripe tipped black foldover band and a thin black back stripe that had a HCAFC monogram. Plain white shorts were used in the momentous 4-2 win at Sheffield Wednesday

The away kit also referenced historical Tigers attire, it was based on the pale blue and white colour scheme adopted after WW2 when orange dye was deemed too expensive (new owner Harold Needler had intended to rebrand the club and adopt an orange, white and blue palette). The sky blue shirts had a black V-neck collar with white trim and used the same ‘1904-2004’ bannered crests as the home strip.

White shorts with a sky blue side stripes were the first choice accompaniments but a black pair with the same wavy, tapering stripe as on the home shorts was used on occasion (such as at Barnsley). The socks were sky blue socks with a white striped black foldover band and like the home socks had a HCAFC monogram contained within a black stripe at the back. The change kit was pressed into use as an emergency home kit for the televised game against Bradford, when the Bantams brought only their black shirts with amber trim, white shorts and socks away kit with them.

Two keeper shirts were used, one green, the other grey, both worn with black shorts and socks the same colour as the shirt. City recorded a second successive promotion in 2004/05, finishing 2nd to Champions Luton. 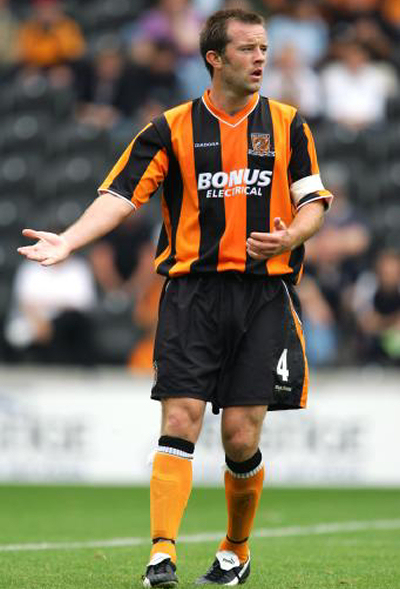 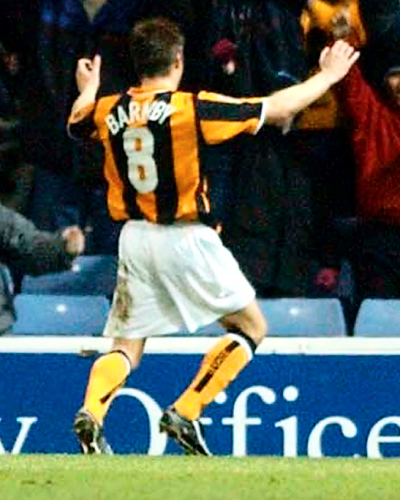 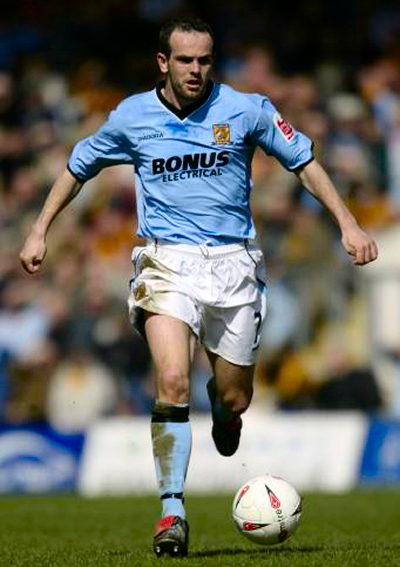 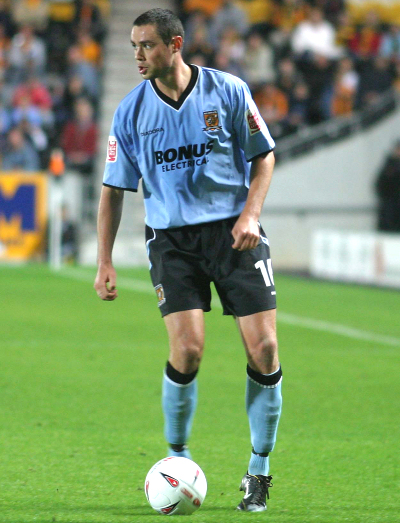 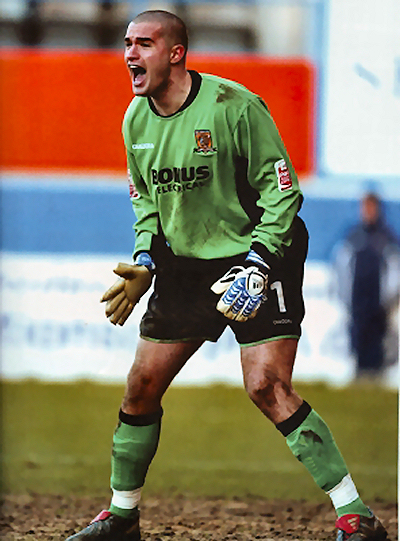 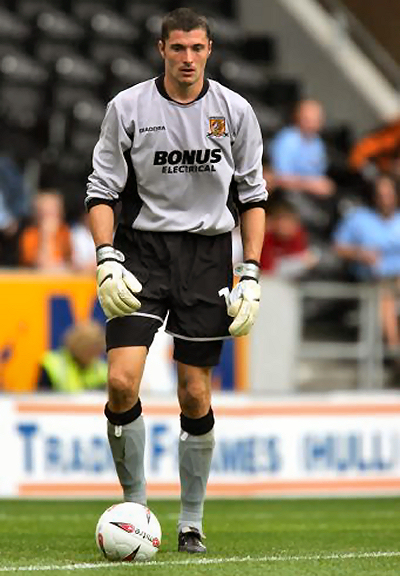