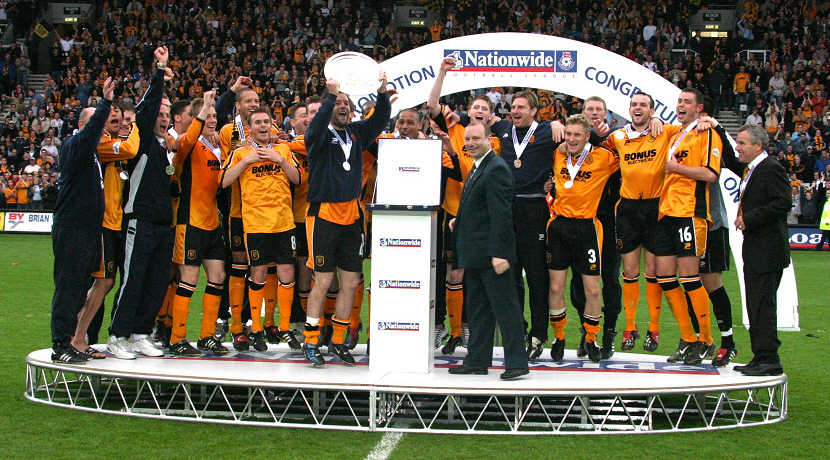 Kit notes: An unexpected end to the Sportscard sponsorship deal necessitated a new kit. Local electrical wholesaler Bonus stepped in to sponsor the club a second time, their name would appear on a shirt that would span two seasons and the move from Boothferry Park to the KC Stadium. The Patrick shirt featured a black turnover collar with white trim, a thin black strip with white ‘feather-edge’ ran from collar to sleeves and under the arms was a thick black contrast stripe. The sewn on shield containing the crest was the same type as that used the year before. The black shorts had a wide amber stripe (that corresponded to the black stripe on the shirt sides) bookended by white trim. An amber shorts set was used at Lincoln in 2003/04.

The 2002/03 away kit was all white, with a navy mesh panel across the shoulders and a thin navy stripe under the arms of the shirt. The navy stripe continued down the sides of the white shorts, and on both shirt and shorts amber piping separated the navy panels from the white shirt body of the garment. White shorts with an amber trimmed thin navy hoop completed the ensemble. This kit was used at Cambridge, Oxford, Torquay and Boston in 2002/03, for 2003/04 it became the 3rd kit and was worn at Boston and Southend that year.

The 2003/04 away kit was a hugely popular and menacing looking all black affair. The black kit was used at Rochdale, Scunthorpe, Cheltenham, Carlisle, Mansfield, Kidderminster, Swansea, Macclesfield, York and most famously at Yeovil where City clinched promotion thanks to Ian Ashbee’s spectacular strike. At York on Boxing Day City were forced to borrow the Minstermen’s red socks as our black socks were deemed too similar in tone to York’s navy stockings.

A metallic grey keeper kit was used throughout 2002/03, but in 2003/04 there were two kits for netmen to choose from. Both jerseys had a large black chest and shoulder panel, underneath that one jersey was green, the other grey. Black shorts and socks were used with either jersey. 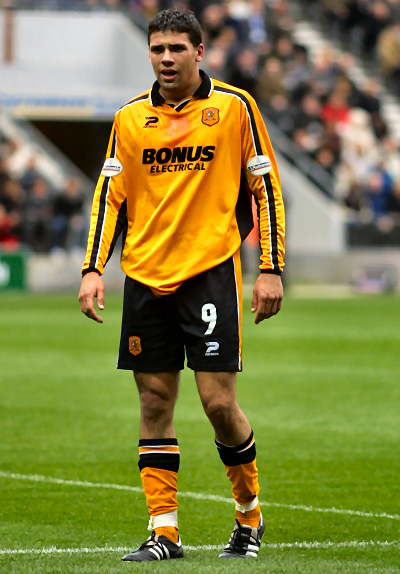 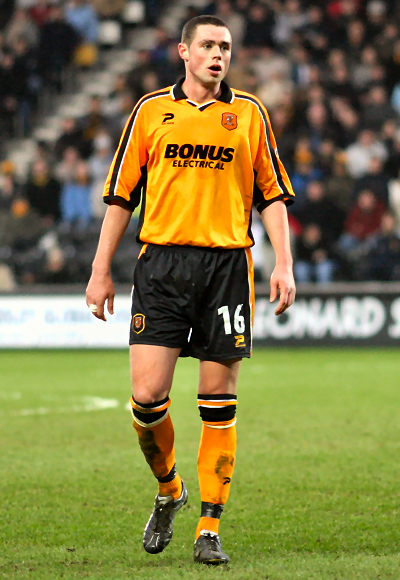 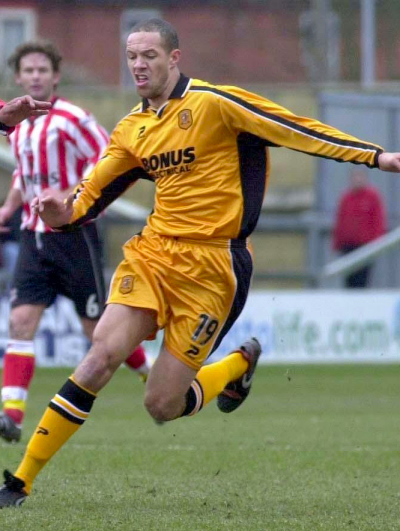 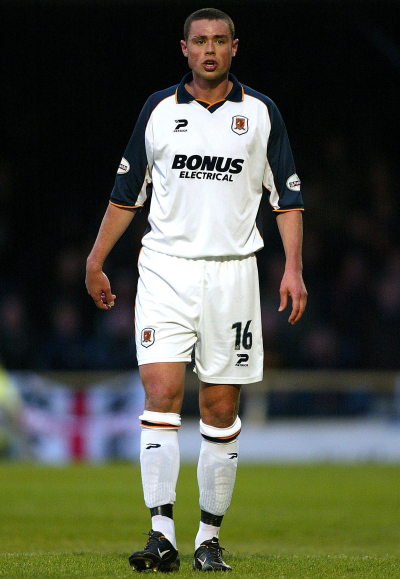 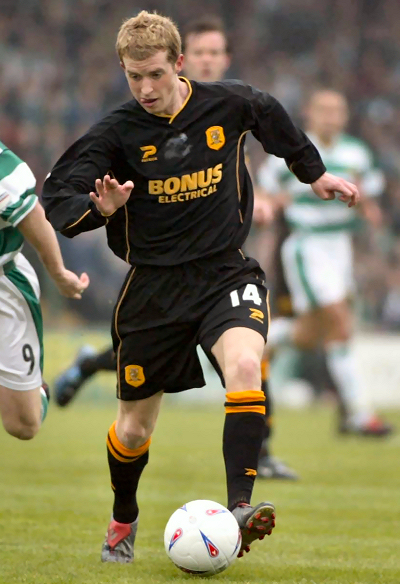 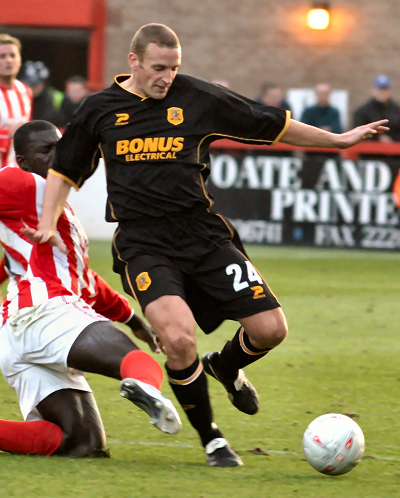 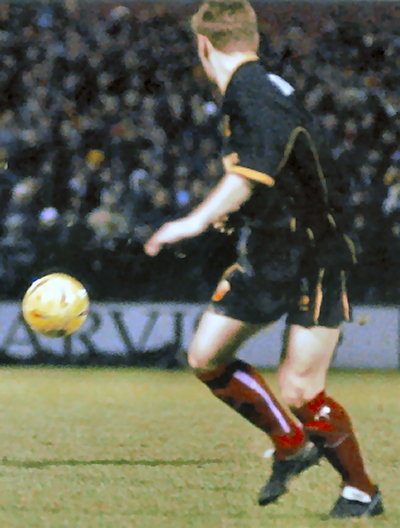 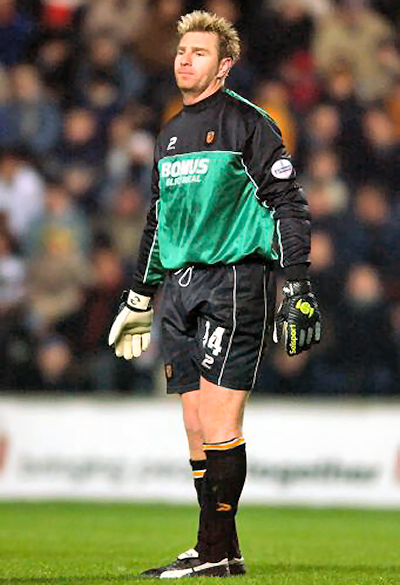 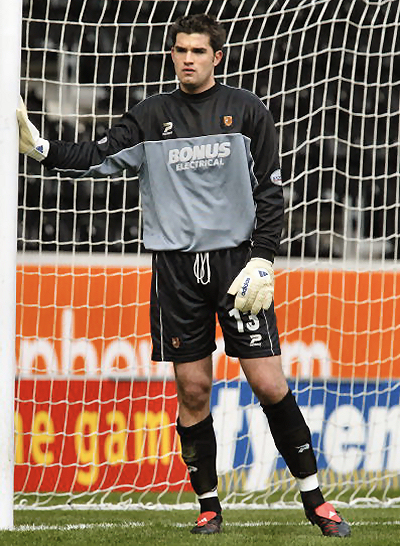 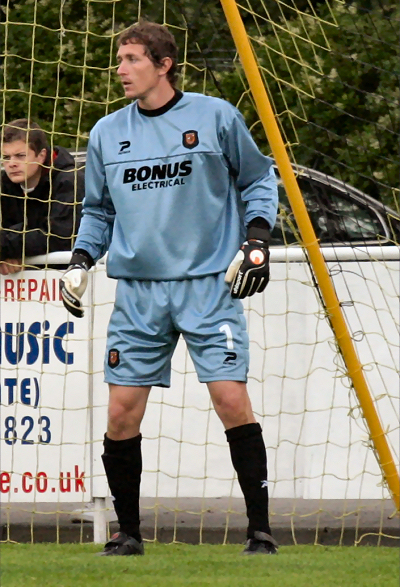