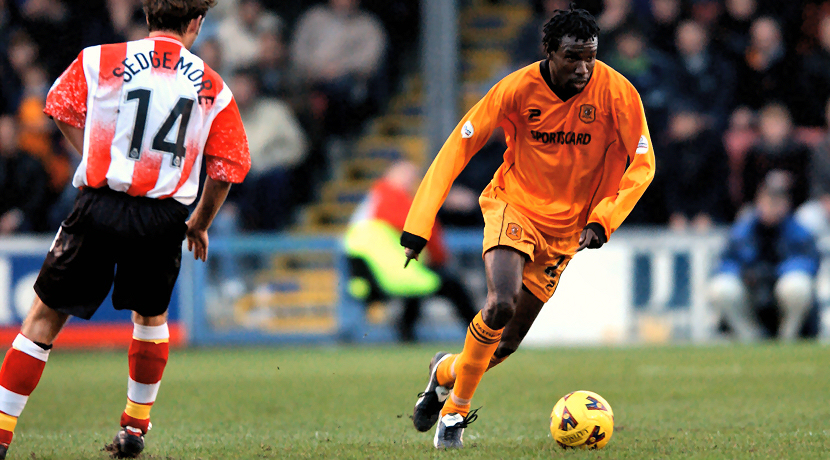 Kit notes: Adam Pearson expressed a preference for plain amber shirts when he took over the club, and French manufacturer Patrick’s first kit featured a simple amber shirt with black V-neck and piping under the arms. The reviled Hinchliffe crest was consigned to history and the old tiger head returned as part of a new crest that appeared on the shirt inside a sewn on escutcheon.

The logo of Sportscard appeared unitalicised on the chest to look better. Black shorts had amber piping on the sides that corresponded to the black piping under the arms of the shirt, and amber socks had two thin black hoops on the foldover band. An amber alternate shorts set was introduced mid-season and used at Lincoln and Luton.

The home kit template was used for the change kit which was silver and navy blue. The away shirt didn’t have the ribbing of the amber home jersey so was looser fitting, and the panel in between the underarm piping was navy. Navy shorts and socks were the regular accompaniments, though at Darlington City borrowed The Quaker’s white away shorts to avoid a clash. City had a silver shorts set created so this couldn’t happen again, they were used at Oxford late in the season, though with the amber home socks, which destroyed the look somewhat.

A green and silver keeper kit was used on most occasions, with a rarely seen silver and navy alternate used when needed. 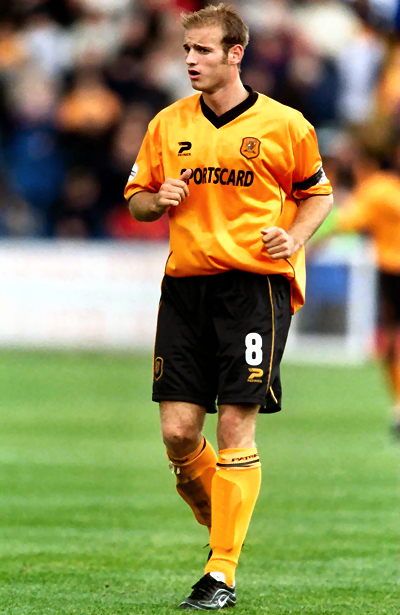 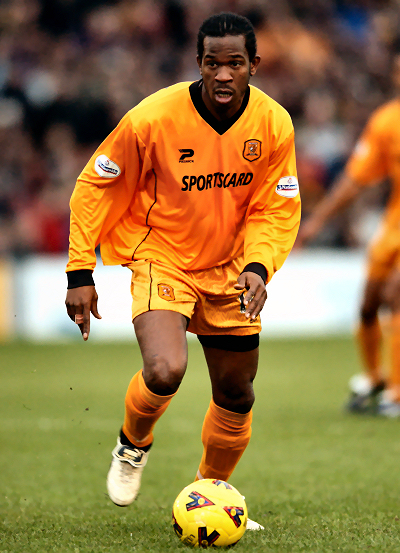 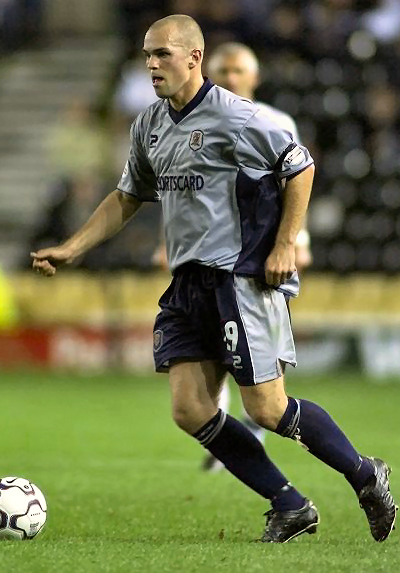 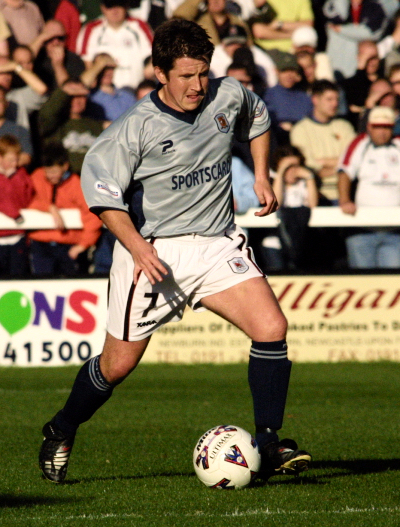 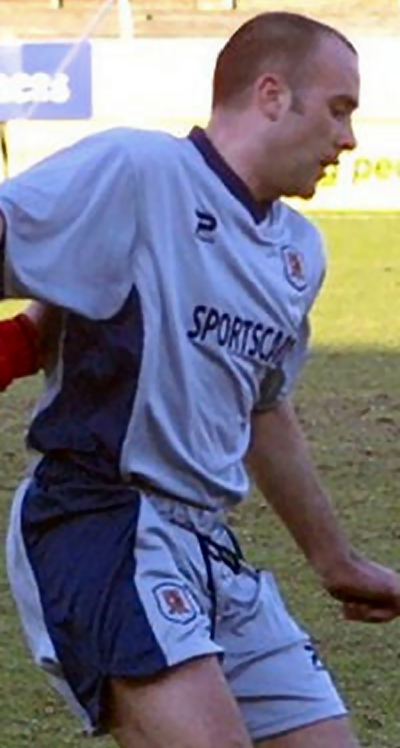 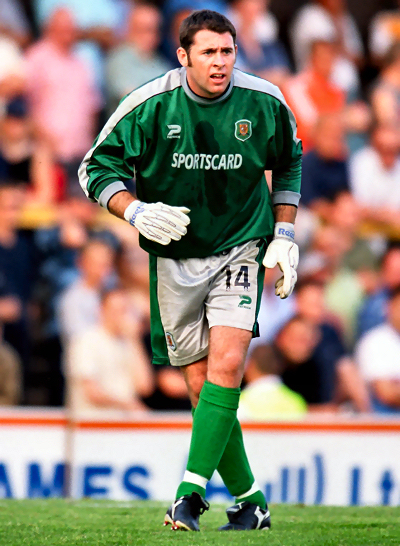