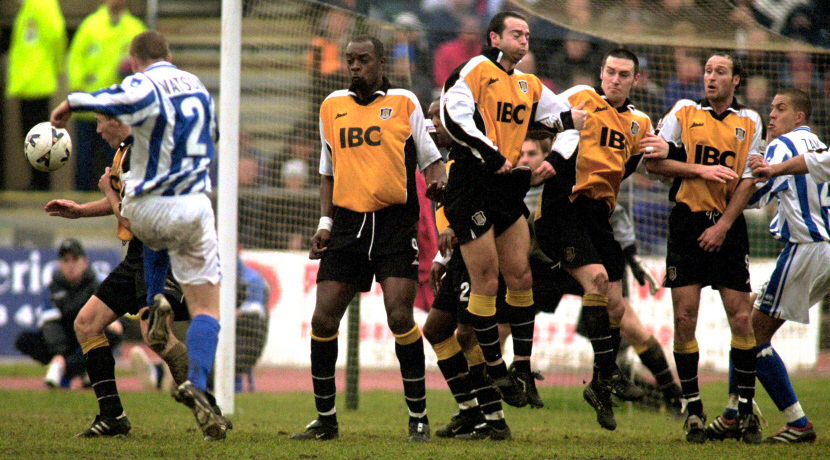 Kit notes: Another fan vote was organised to decide the 2000/01 kit, though fans probably weren’t expecting the chosen shirt to be a drab mustard yellow when they voted. Avec’s follow up home shirt got amber all wrong, and white sleeves made the colour even more washed out. At least IBC’s wordmark was applied in black text this year though, rather than red.

The shorts were plain black save for Avec’s logo, the Hinchliffe crest, squad numbers and a small amount of white piping that sealed the side seam split. The black socks had an amber foldover band and two thin white hoops at shin level. This kit was worn in our first ever appearance in the play-offs, which ended in aggregate defeat by Leyton Orient.

The away kit was a radical departure from the norm, City turned out at Blackpool on the opening day of the season in an unconventional navy blue, maroon and yellow number.  The largely navy shirts had maroon sleeve and underarm striped between yellow piping that matched the yellow IBC logo and trim on the V-neck. The maroon shorts and socks had navy bands with yellow trim. Two round collared keeper shirts were worn with black shorts and the home socks, one grey and one jade. 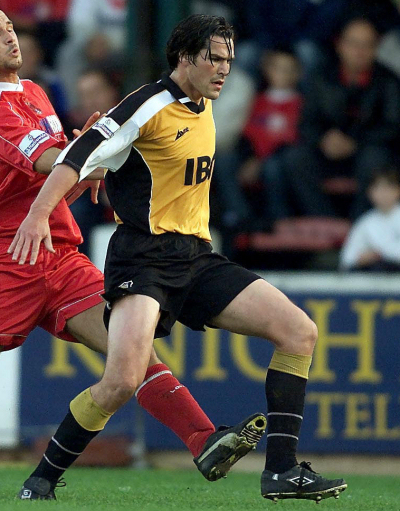 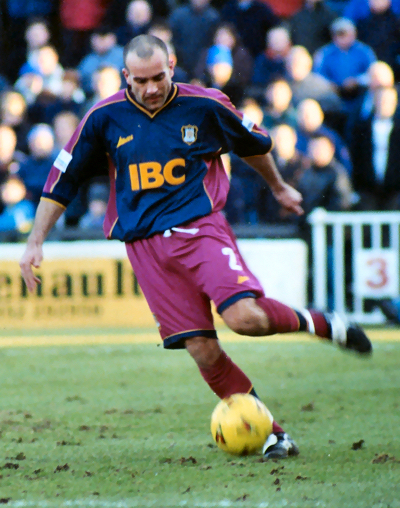 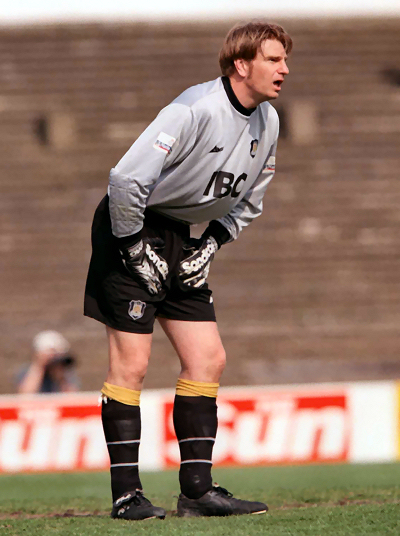 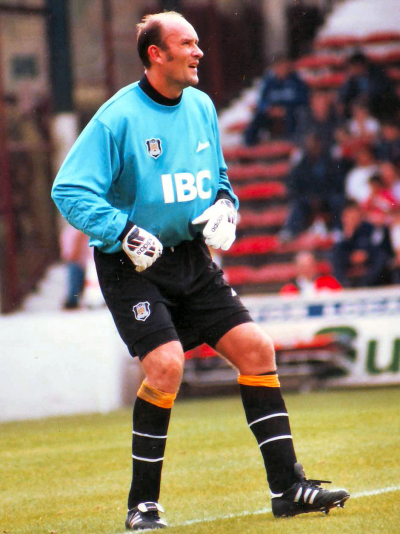