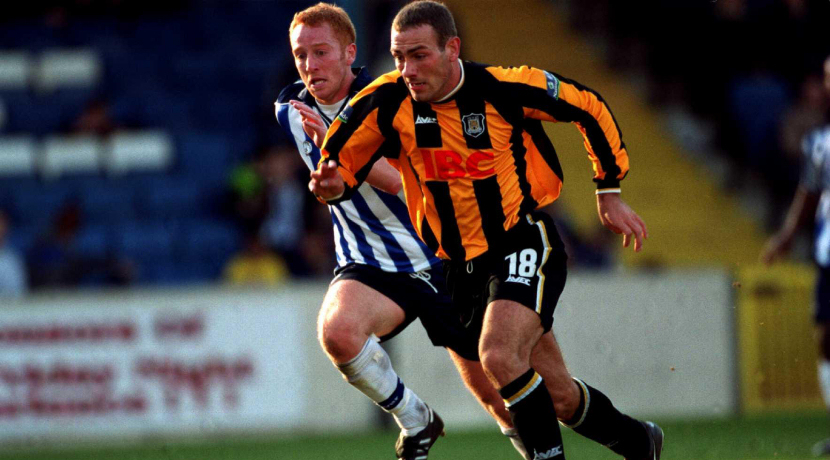 Kit notes: Olympic were ditched after just one season, replaced by Avec, supplier to Sunderland and Sheffield United. Fans were offered a choice of 4 kits showcased in the programme and a vote ended with a striped kit the winner. The concept art showed a shirt with a V-neck collar and the University of Hull still as sponsor, but local haulage firm IBC became sponsor for a second time and their red wordmark featured on a shirt that had a round neck when released.

The tiger head club crest used on shirts since the late 70s (though not in 1998/99) had been dispensed with and replaced by an amateurish, unpopular design created by the son of Vice President Stephen Hinchliffe, it appeared on both shirts and shorts encased within a sewn on escutcheon. The black shorts and socks both carried one thin amber line and one thin white line, reflecting the trim of the shirts collar. With the away kit not ready on the first day of the season, City were forced to borrow Exeter’s purple shorts and socks, not the best accompaniment to black and amber.

Purple was a popular away kit colour at the time, and when City’s finally arrived it too was of that hue. Deep purple shirts had red piping sperating the main body panel and the raglan sleeves, complementing the red sponsor logo. Red squad numbers were used on the white shorts that had a thick purple stripe bookended by red piping on each sides. Purple socks with red and white trim completed the change kit, worn at Hayes in the FA Cup.

Two keeper shirts used the same design of two tone squares broken up by a chest band, one green, one the blue. The home kit wasn’t ready for the pre-season games so a plain amber Avec kit that featured neither club crest or sponsor was worn versus Bradford and Scarborough. 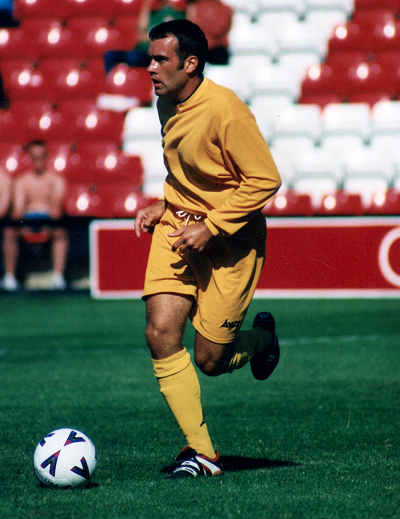 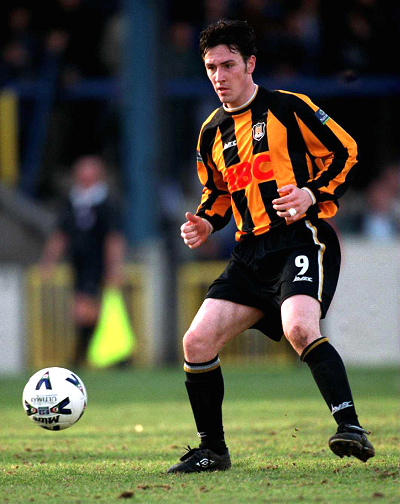 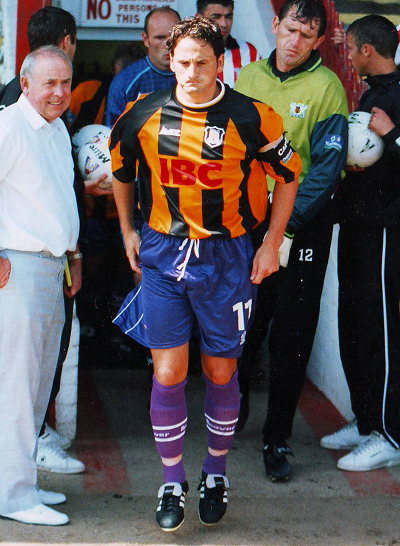 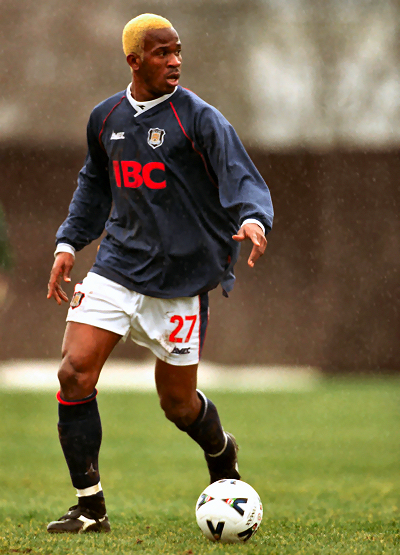 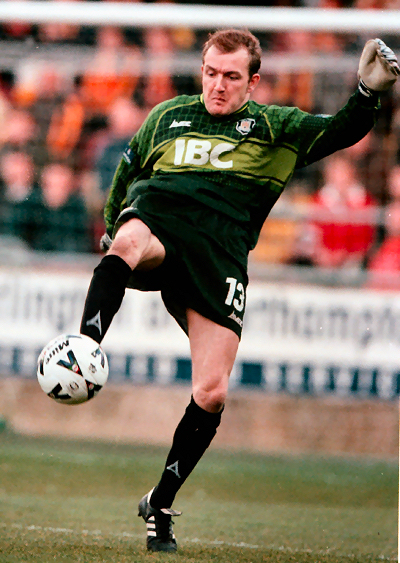 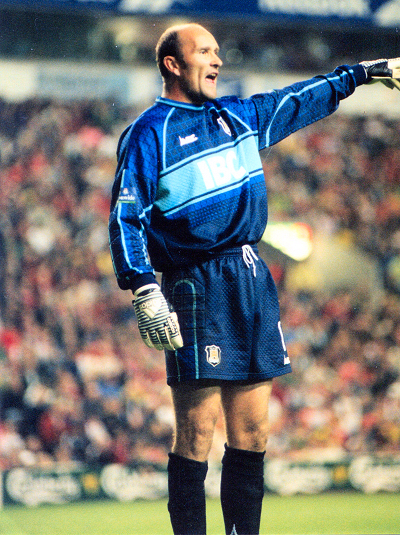