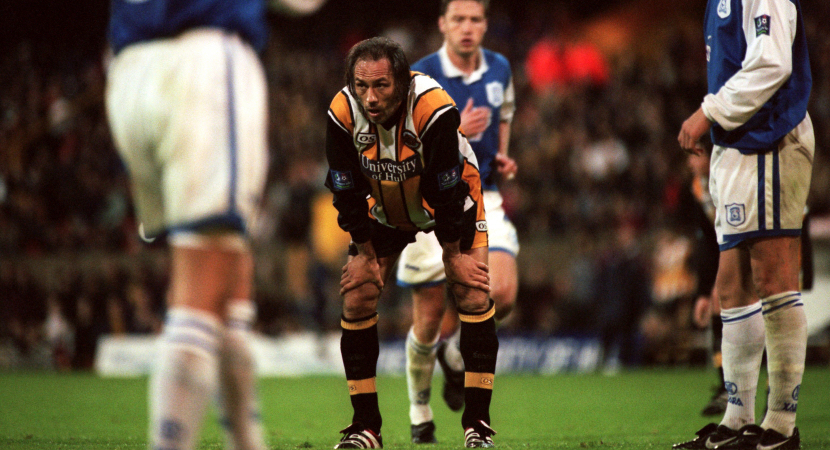 Kit notes: After two simple, traditional looking home kits in a row, new supplier Olympic’s design for 1998/99 was a jarring departure from the familiar. The home shirt worn for what would become known as the ‘Great Escape’ season gave white equal billing to amber, as the two colours gradated together in between thin black stripes. In order to stand out next to stark white, the ‘amber’ used was practically orange. The shirts had solid black sleeves and featured a black V-neck with an amber/white striped foldover collar that tended to roll up rather than laying flat.

The roaring tiger crest used during this campaign had previously appeared on some items on sale in the club shop during the 1990s, but 1998/99 was the only season it featured on kits. There were two distinct versions of this crest on player shirts used throughout the season; the first batch had the crest fully embroidered and therefore less detailed, with very little black between the tiger head and the amber outline. The second batch had a more detailed crest with the tiger head on a black backdrop, it was sewn onto, rather than into, the shirt. These shirts had more in common with the replicas sold in the club shop, now nauseatingly named Tiger-Sharks Inc. as David Lloyd, owner of both City and Hull Sharks (as Hull FC were briefly re-branded) merged the two club’s commercial departments into a single entity. The University’s wordmark appeared on a much thinner but longer patch than used previously.

The black shorts had an oblique orange/amber stripe above a smaller white stripe on the left side (as worn) front panel, the black socks had a thin amber hoop on the foldover band and a thicker amber hoop at shin level, though the ‘amber’ was noticably lighter than that used on shirt and shorts. White shorts were used with home shirt and socks at Leyton Orient and at Bolton in the League Cup (a game delayed by fans pelting tennis balls onto the pitch) white shorts and socks were used with the home shirt.

The all white away kit, an odd choice when the home shirt contains so much white, was rarely used, though it did feature in the 2-0 win at Brentford that lifted City from the foot of Division Three en route to clinching survival from relegation to the Conference. A grey keeper kit was the one most regularly used, no surprise as the alternative was amber and black! 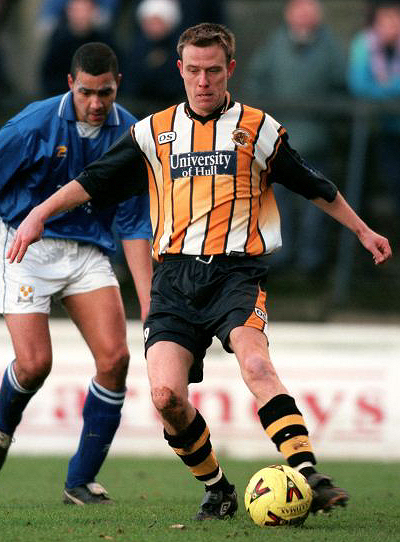 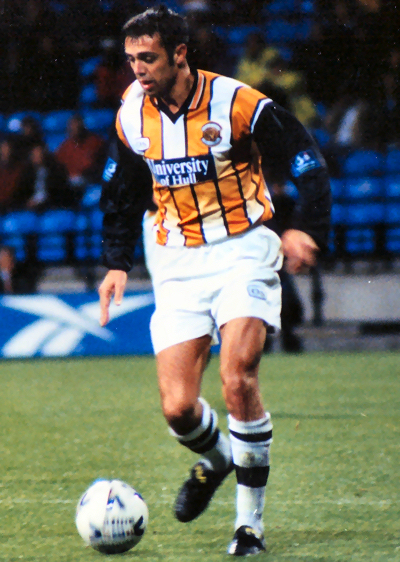 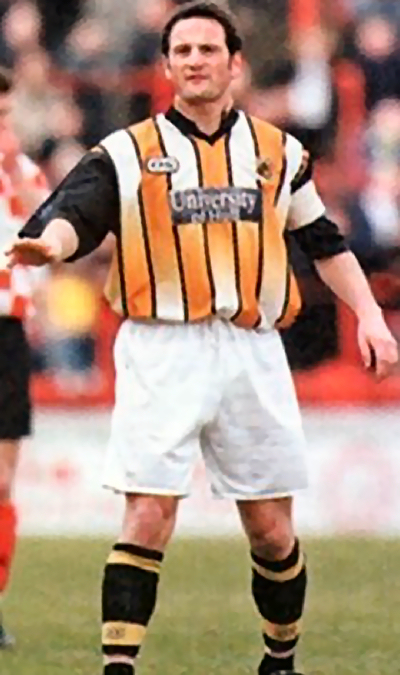 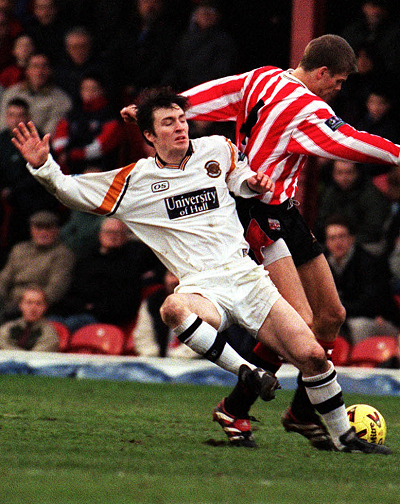 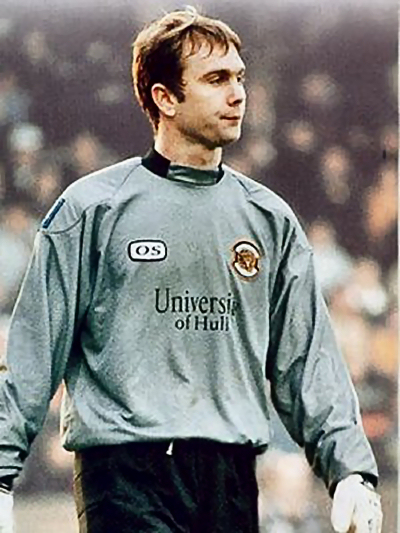 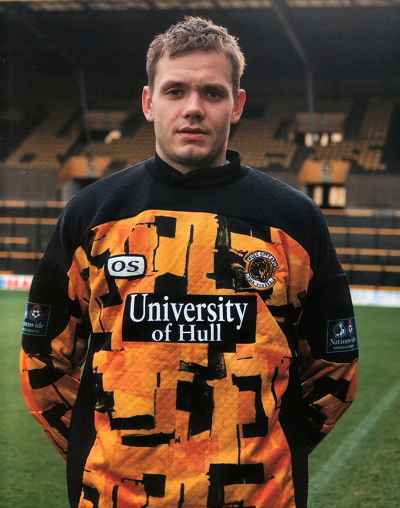