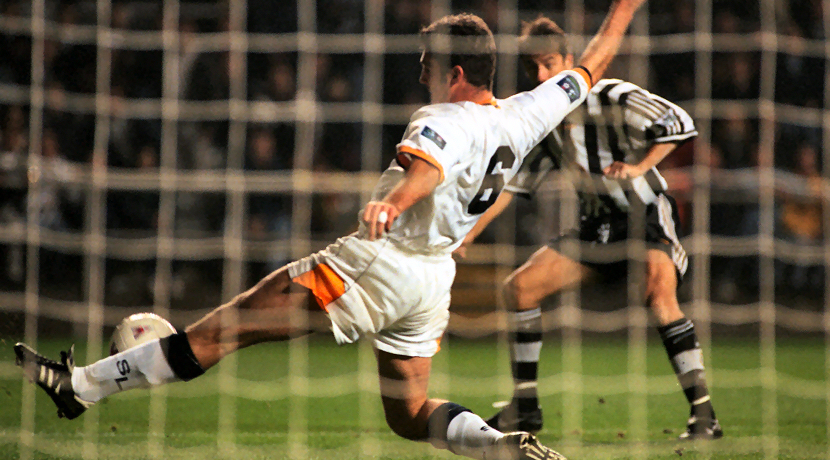 Kit notes: Vertically striped shirts returned after a five year absence as Super League produced another simple but effective design. The shirt had an amber foldover collar with black tip trim, featured the same tiger head shadow pattern as the 1995-97 shirt throughout, but had no shield surrounding the crest, the tiger head badge and club name were embroidered directly onto the shirt chest. New sponsors the University of Hull had their wordmark appear stacked on a felt heat-bonded patch. The black shorts had an amber stripe that began halfway down each side, and the black ‘SL’ monogrammed socks were topped with a large amber foldover band. White away shorts were used with the home kit away at Darlinton in a 4-3 loss.

Those shorts were part of an all white away kit. The shirt had an amber V-neck with black centre stripe and a diamond shadow pattern ran throughout, Super League’s interlocking SL logo appeared on replica shirts but not on those worn by players. The shorts and socks were white versions of those worn with the home kit with amber half-stripes and bands, though for the Newcastle away League Cup tie at St. James’ Park, the white socks had black foldover bands and SL monograms.

Two keeper jerseys were used, one orange, the other white which was used with the outfield away shorts and socks by Steve Wilson to create an unusual (for a keeper) but striking monochrome look. 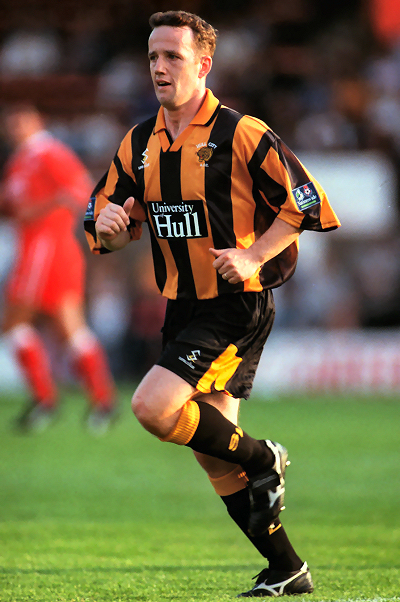 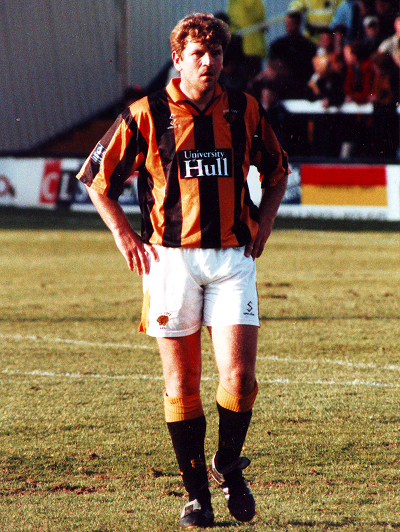 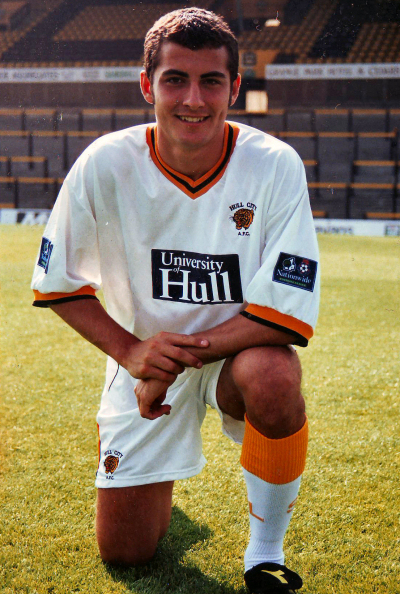 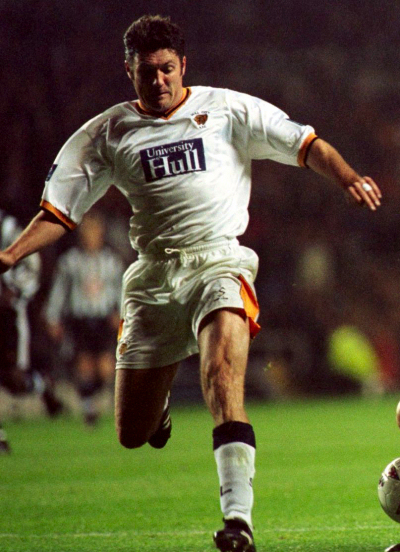 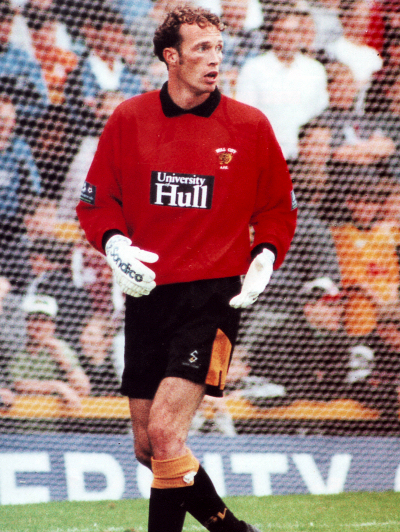 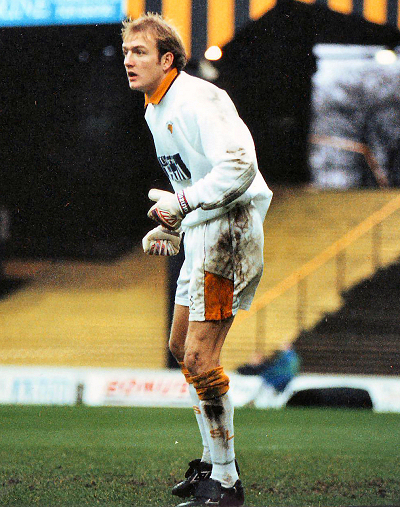