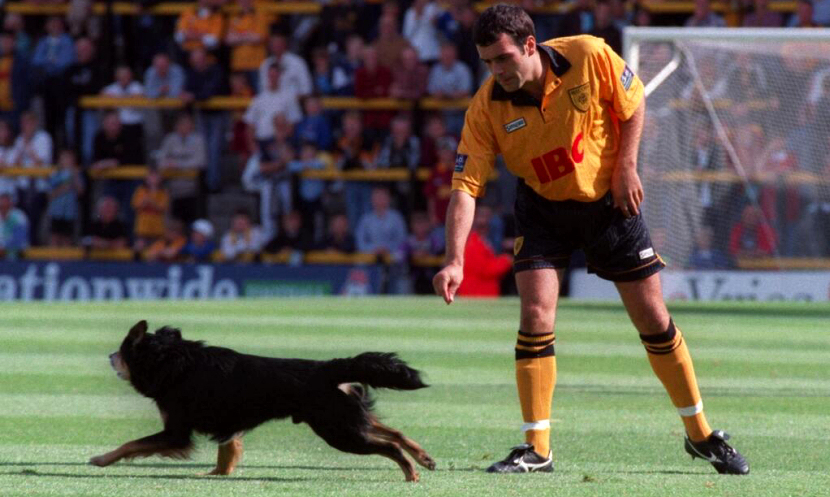 Kit notes: After the tigerskin excesses of the last few years, the club went for a more traditional look in 1995, introducing a kit that superficially resembled what City wore in the late 1940s. After a finance-dictated flirtation with sky blue immediately following World War 2, The Tigers went away from the striped shirts used for all but one season of their first 35 years as a Football League club and used plain amber shirts with a black collar for the next 12 years. The new kit had the same, a bright amber shirt with black foldover collar and a tigers head crest inside a large sewn on shield (the 1947 shirt was the first to feature a tiger head logo). A distinctly modern touch was the tiger head repeated throughout the shirt as a woven in shadow pattern. Simple black shorts and amber socks with hooped turnover bands completed the home kit.

The away kit followed the home kit template but in an unfamiliar though nonetheless lovely maroon with amber trim. It was memorably first used in a League Cup tie at Coventry. A rarely used 3rd kit was in a more traditional City away scheme of all white. Beyond the makers badge, crest and sponsor wordmark (like the home shirt in haulier IBC’s red, though it went black for 1996/97) the kit was pure white, not even the socks had any contrast trim, although this kit was used once with the amber home socks and once with the maroon with amber topped away stockings (at Lincoln).

Two keeper jerseys were used with the outfield kits, both were simple affairs with a black collar, one blue, the other a vivid green. 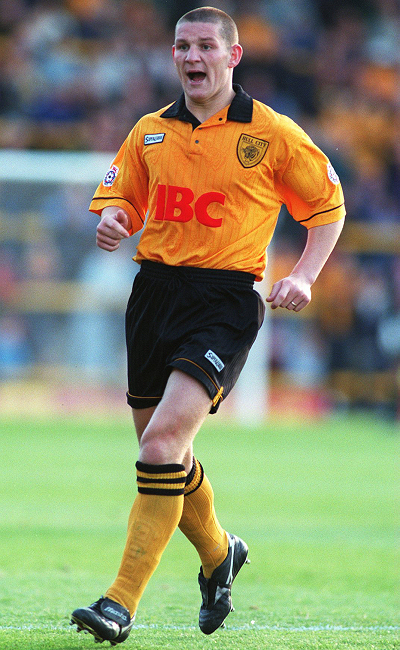 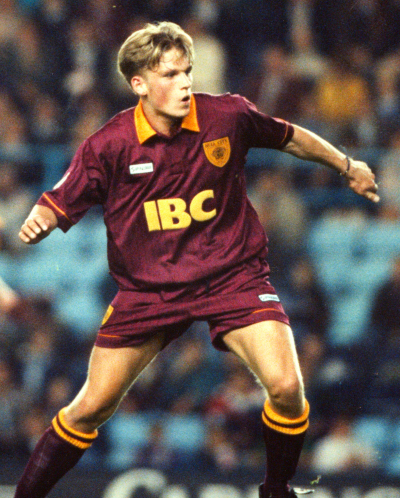 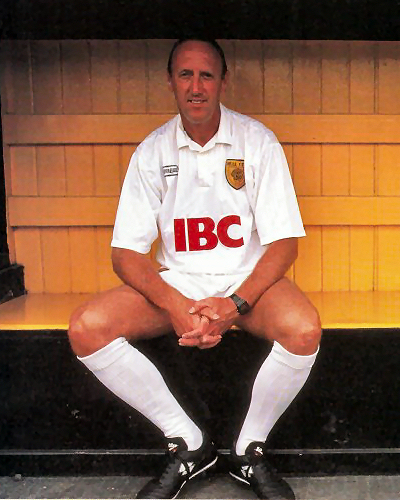 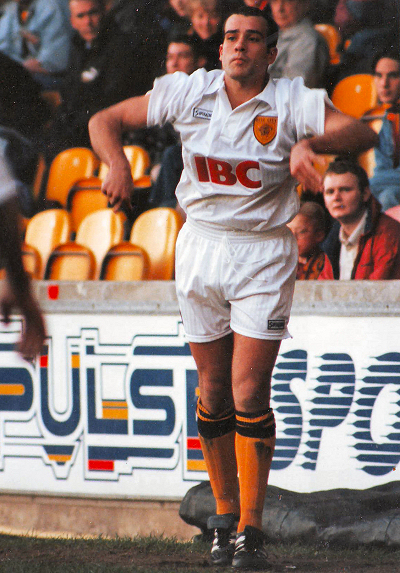 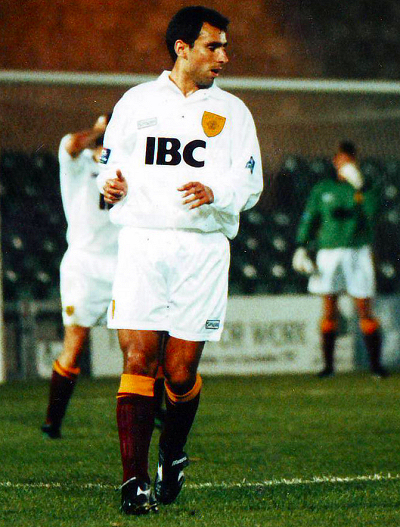 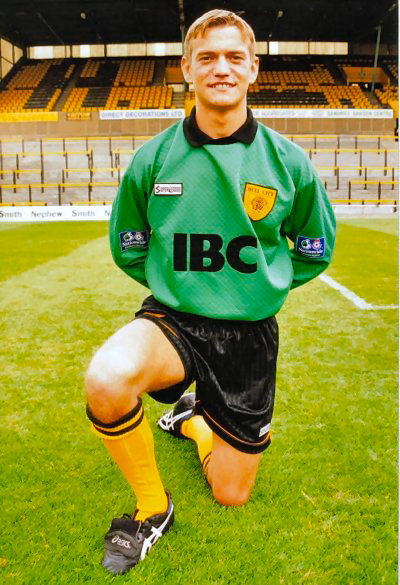 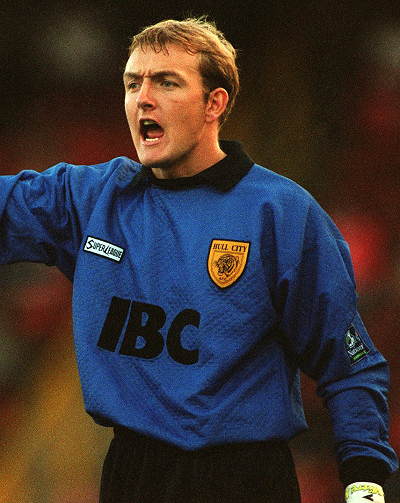 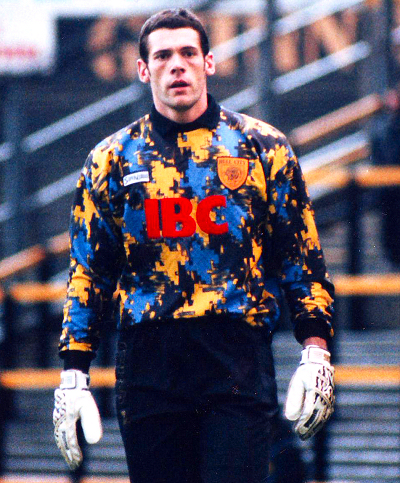