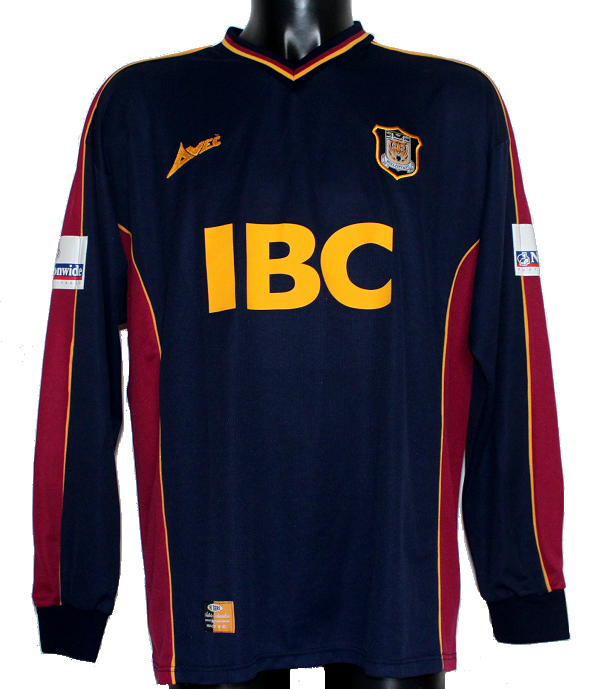 We acquired this shirt from a former club employee, so have no doubts regarding its authenticity, even though there is a slight anomoly with the letters used on the back. The Football League adopted squad numbers and player names on shirts in 1999 and standardised the font used by its 72 member clubs. The letters used came in two sizes, 73mm for match prepared shirts, 62mm for replicas sold in the club shop. 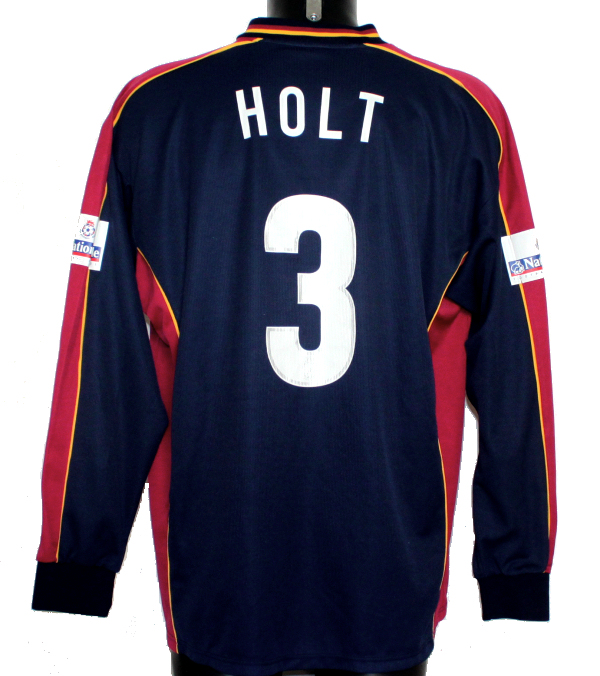 This long sleeved shirt (only short sleeved replicas were on sale in Tiger Leisure) has Holt’s surname applied in the smaller sized letters. Perhaps City had run out of some of the full size letters by the time he arrived on loan from Oldham, A low quality photograph from the Torquay away game (a 1-1 draw in which Holt scored) seems to back up that assumption, his shirt letters appear to be smaller than those on the Gulls’ keeper he’s contesting the ball with. 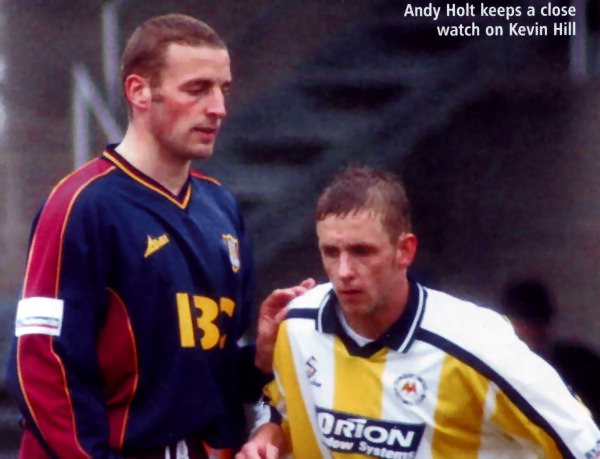 The letters making up sponsor IBC’s wordmark are applied in vinyl, another oddity, as most player shirts that season used raised felt. Photos from the Torquay game show both felt and vinyl letters in use, vinyl was used on the shirts of players who arrived during the season, such as loanee Mark Atkins who like Holt played between March and May 2001. Holt though, became a permanent signing, joining for £150,000 from Oldham.

The polyurethane Nationwide League competition patches straddle the maroon sleeve stripe and yellow piping, they have cracked after washing.