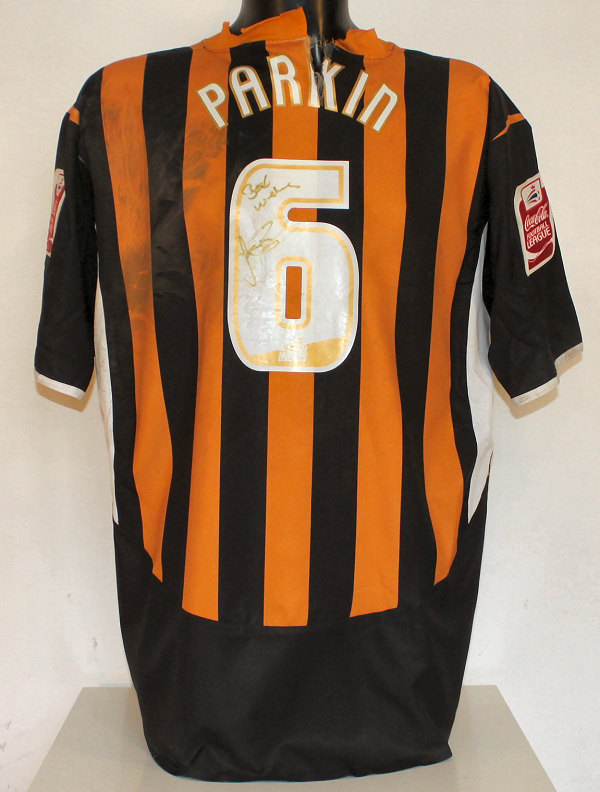 This 2005/06 home shirt, used numerous times by forward John Parkin, stands as evidence of the foul means employed by defenders in order to thwart the advances of a player that fans nicknamed ‘The Beast’, in a year in which City acclimatized to the newly rebranded second tier.

The shirt was worn in a ‘Coca Cola Championship’ meeting with Coventry City at the KC Stadium in January 2006, a game that ended 2-1 to the visitors. During the game, Coentry’s Welsh defender and Phantom Of The Opera mask wearer Robert  Page got away with a flagrant foul in the box that was missed by ref Andy Woolmer, but not by club photographers who captured the entire sequence, 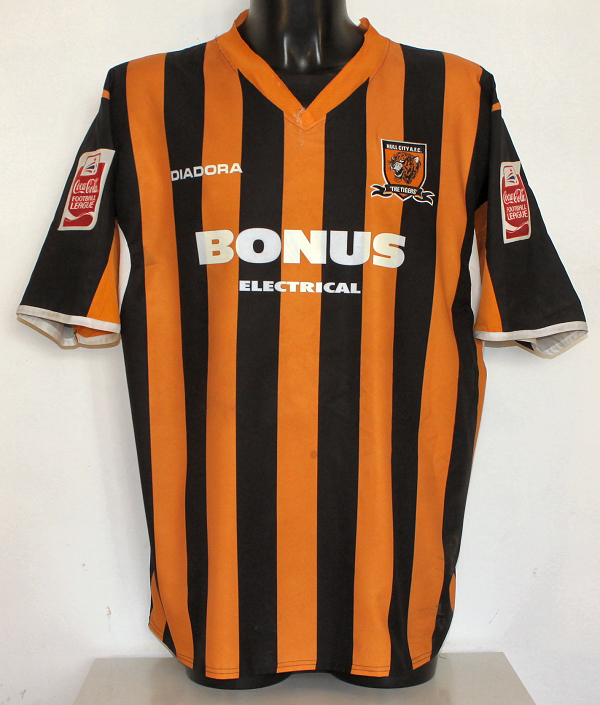 In the goalmouth melee, Page grabbed Parkin by the scruff of his (shirt) neck and dragged the burly striker to the floor, not leaving go even with both players grounded. The grab and pull move tore the white collar hem clean off, and ripped Parkin’s name in two on the back!

After the game, the shirt (which featured the Football League’s new font set for names and numbers and updated competition patches on the sleeves) was sold by the club on Ebay, unwashed and signed, and it fetched £160. The buyer listed it on Ebay 7 years later which is how we picked it up.