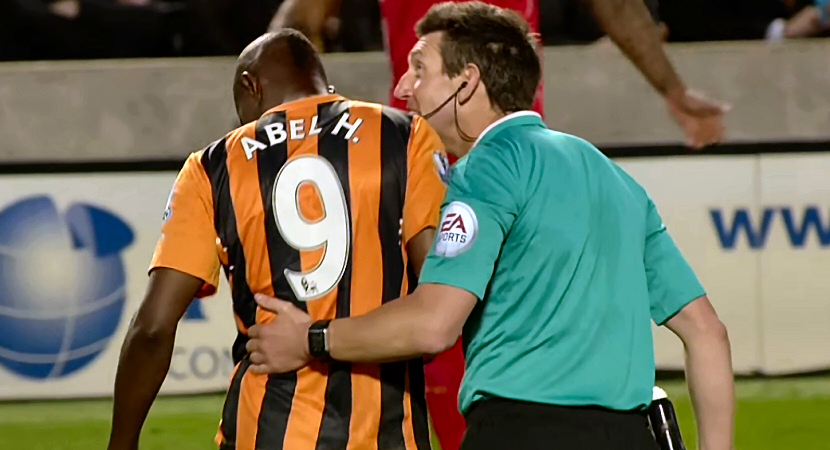 Signed for just £3M in February, Senegalese striker Dame N’Doye has proven to be a steal since moving from Lokomotiv Moscow. That transfer fee is not the only theft associated with  the 30 year old however, it seems N’Doye is partial to a bit of dayl… well, floodlight robbery.

After playing the first half of City’s loin tingling win over Liverpool in one of his own shirts, The Tigers’ number 28 pinched team mate Abel Hernandez’s number 9 jerseys for the second half, until referee Lee Probert put an end to N’Doye’s dastardly scheme and made him change into a shirt with his own name and number on.

‘Player error’ was kitman John Eyre’s succinct explanation, but it seems Dame N’Doye has previous when it comes to purloining polyester!  During his goalscoring debut against Aston Villa in February, N’Doye wore gloves bearing the number 26, indicating he’d swiped them from team mate Andrew Robertson!

N’Doye might not be too trustworthy in the kitroom, but he’s certainly worthy of the faith placed in him by manager Steve Bruce to score the goals that keep City in the Premier League, he’s hit 5 goals in 10 appearances since signing. Given that he’s taken a significant paycut to turn out for The Tigers, N’Doye’s penchant for pilfering polyester can be happily overlooked. 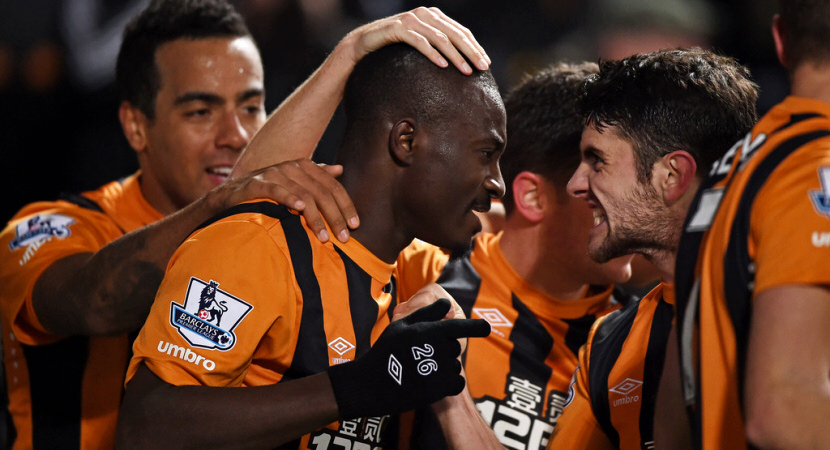