You are here: Home / Alternates & Mash-ups 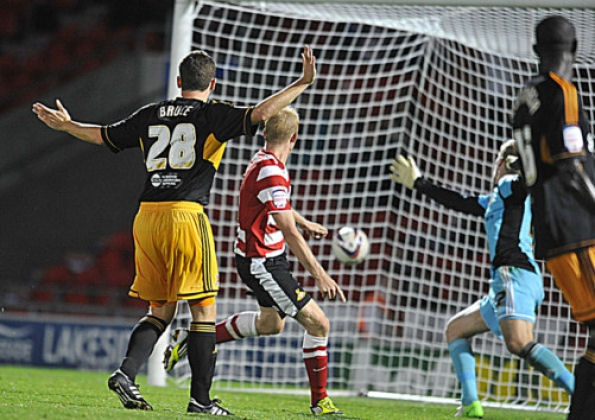 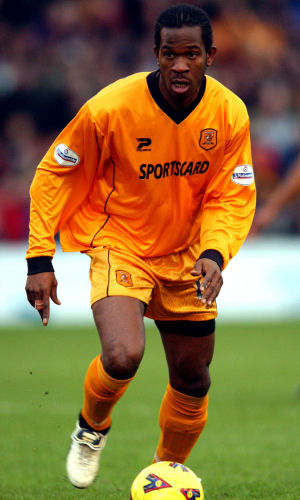 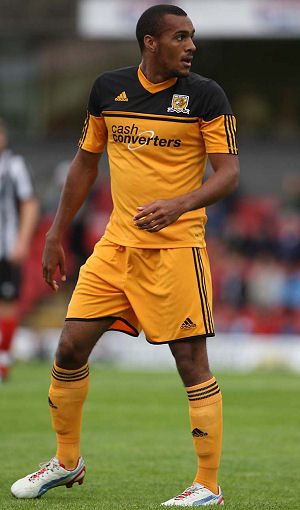 Back in December, we ran a feature on the surprisingly numerous occasions when City have had to borrow bits of another teams kit in order to avoid a clash. We’re always scouring for old City photos so as to build a complete picture of what the Tigers have worn down the years, and recently we aquired two images that help us take a step nearer that goal. These photos, though depicting kit anomolies, don’t explicitly show City wearing another teams kit however, instead they show the Tigers wearing shorts without any team markings in one, and lending another team some of our apparel in another. 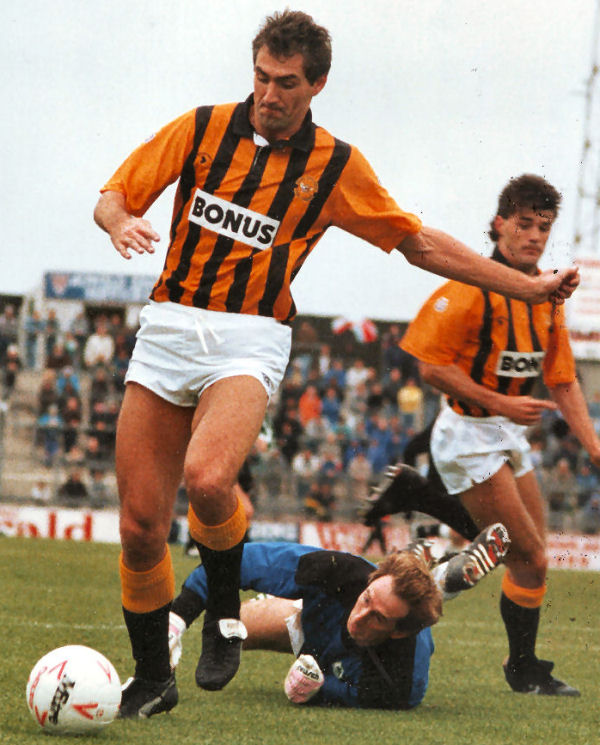 The first image from 1990/91 shows Dave Bamber rounding Plymouth’s keeper for City’s only goal in a 4-1 Barclay’s League Second Division defeat in October 1990. Paired with our regular Matchwinner home shirt and socks are some white short shorts that the eagle-eyed will notice carry the Umbro double diamond.

These may have been borrowed from Plymouth but they had no Pilgrims insignia on them, and Plymouth didn’t wear Umbro kit in 1990/91, they wore apparel made by Ribero, who at the time also made kit for Blackburn and Fulham (and would go on to make Norwich’s famous ‘bird poo’ kit that was worn when The Canaries beat Bayern Munich in the UEFA Cup)

Plymouth had worn Umbro kit the year before though, and the Pilgrims page on Historical Football Kits shows that they wore white shorts with a green double diamond yet no Plymouth badge in 1989/90. The Umbro mark looks black on the above photo, so although the shorts were probably old Plymouth stock, it’s hard to state that was the case with certainty. 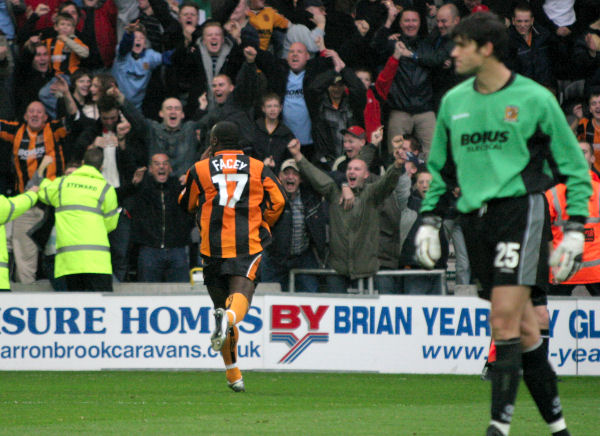 The second picture is a bit more cut and dried. It shows Delroy Facey celebrating his goal in the 3-0 win over Luton Town at the KC Stadium during our 2004/05 Coca-Cola League One promotion campaign.

It also shows a dejected looking Luton goalkeeper, Slovenian Dino Seremet, wearing a borrowed City keeper jersey. Boaz Myhill, in nets for The Tigers that day wore grey, so presumably The Hatters kitman brought only a grey keeper top, necessitating the loan of a green Diadora jersey that didn’t even carry the Coca-Cola League competition patches.

In both of these cases the side lending some kit suffered defeat, so maybe the “he that goes a borrowing goes a sorrowing” proverb rings true. 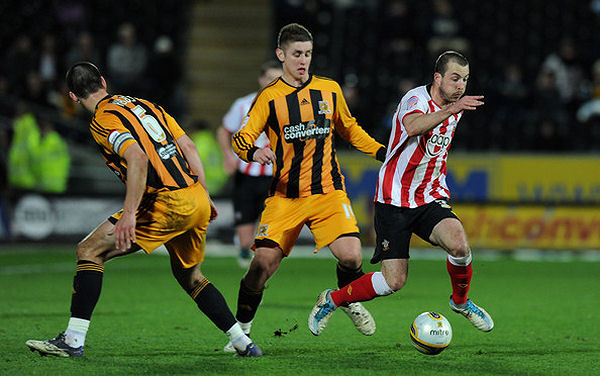 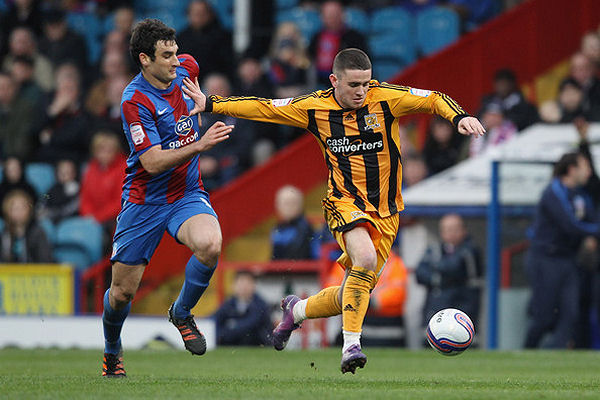 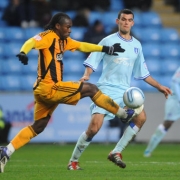 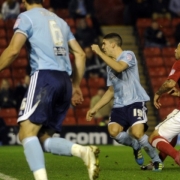 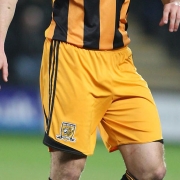