You are here: Home / Away Kits / Blackout kit goes to extra time (& past precedents) 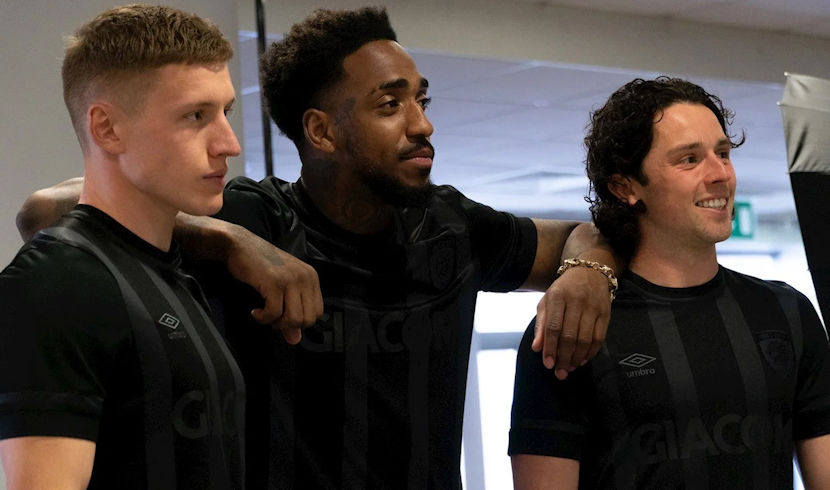 ‘Unprecedented demand’ and production schedules hampered by a pandemic have prompted Hull City to extend the life of the immensely popular ‘blackout’ 2021/22 change kit, which will now serve as the 2022/23 third kit too.

It’s not often that a Tigers shirt grabs the wider football fan consciousness enough to prompt sales from beyond East Yorkshire, beyond the Hull City fanbase, and when one does it usually involves the novelty factor of a dye-sublimated animal print.

It’s also not often that City have demonstrated the foresight and nous to embrace a football kit trend while the ‘hype train’ is at full speed, indeed the train has usually been decommissioned and is rusting in sidings by the time we get round to it. With blackout kits though, while Swedish shirt box manufacturer and nominal football club AIK and German clubs with Borussia in their name were the tip of the trend spear, City were one of the first English clubs to adopt a stealthy monotone kit and the first to go all in and actually use it in match action, rather than it just be ‘limited edition’ leisurewear.

Everybody wins now that the kit’s lifespan has been extended, City fans who were miffed that they had missed out because football shirt hipsters had smudged in quickly and depleted the stocks at Tiger Leisure and Umbro will get to own a blackout shirt at last, and the club gets to keep the most talked about shirt they’ve produced in years at full price, likely till it sells out a final time. Hurrah!

Though the reason for this kit’s shelf life extension is unique, it’s not the first kit (or kit element) that has seen match use beyond the intended lifespan. Let’s take a look at some other City garb that went to extra time… 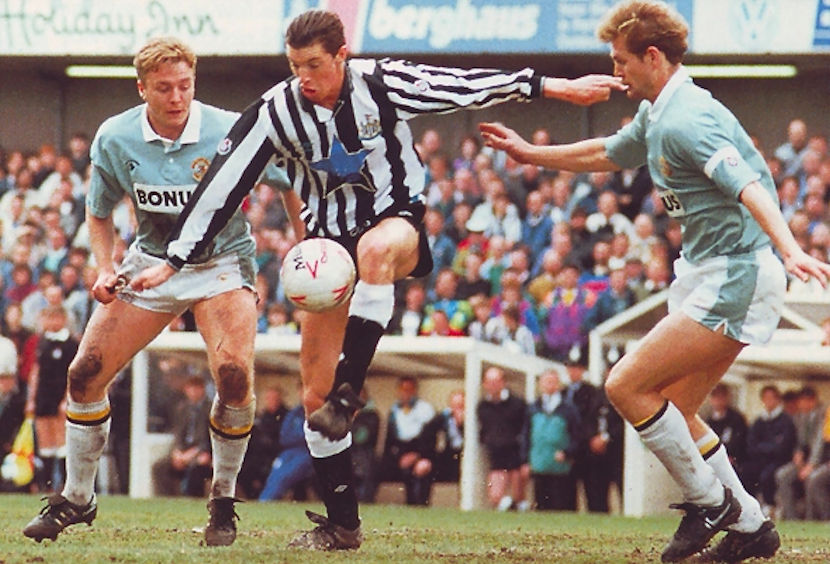 An already relegated City travelled to Newcastle on the final day of the season in May 1991, and freed from the mental anguish of a long and grisly campaign promptly turned over their hosts 2-1 with goals from Dave Walmsley and Les Thompson. City paired the 1988-90 away kit socks, white with an amber and black twin-stripe on the turnover cuff, with the shirts and shorts of the active green and white away kit. The green socks, in a much darker green than that of the shirts, which looked lighter still on chequerboard print shirts, were evidently deemed too visually similar to the Geordie’s largely black primary kit socks. 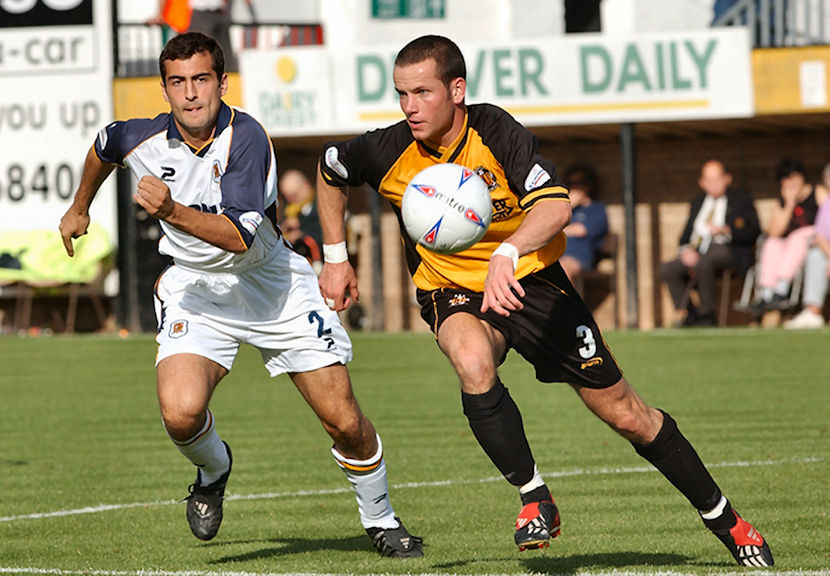 City’s first all-black away kit (told you we were slow on the kit trend uptake back in the day) is prominent in photographs and memories of our first promotion in 19 years by virtue of it being worn at Yeovil when captain Ian Ashbee’s sweet, sweet long range strike sealed our long awaited escape from the fourth tier. It wasn’t the only change kit in use that season however, the previous season’s lovely white away kit with navy panels and amber trim was retained as a third kit and saw action at Cambridge and Southend. 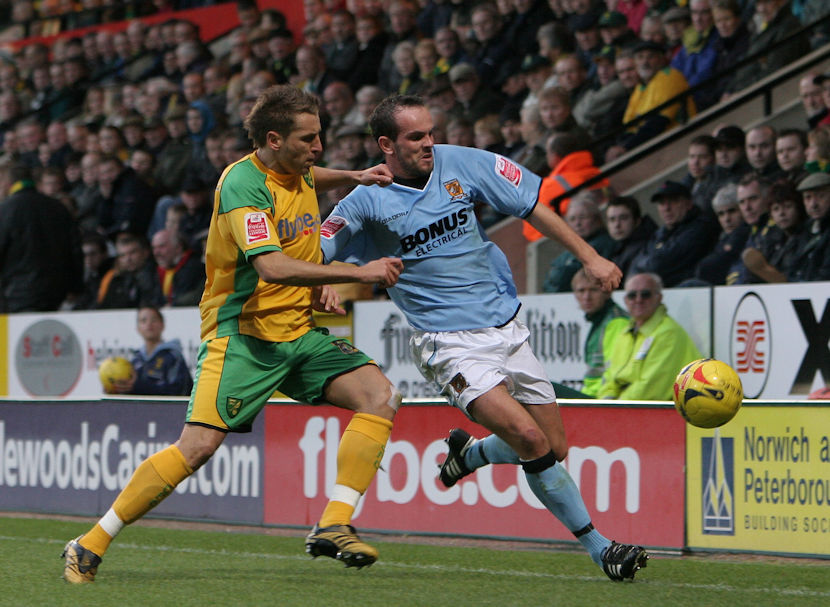 Superstition can see past kits brought out of mothballs as much as practical concerns. That was the case in 2006/07 when manager Phil Parkinson sought to end a run of bad results and decided the black away shirts had played a part in previous defeats, asking for the now three years old light blue shirts at Southampton and Norwich. It didn’t work ultimately, and Parkinson was soon replaced by Phil Brown. The blue shirts had centenary season detail in the crest’s scroll bar for 2004/05, but a new batch with standard crests was produced for 2005/06, when they were used as thirds at Blackpool and Wolves. The black shirts (which had two sets of shorts and socks, one white and one black set) would have worked just fine at Southampton and Norwich in 2006/07, they had in 2005/06 after all, but a change of luck was sought leading to a change of look. 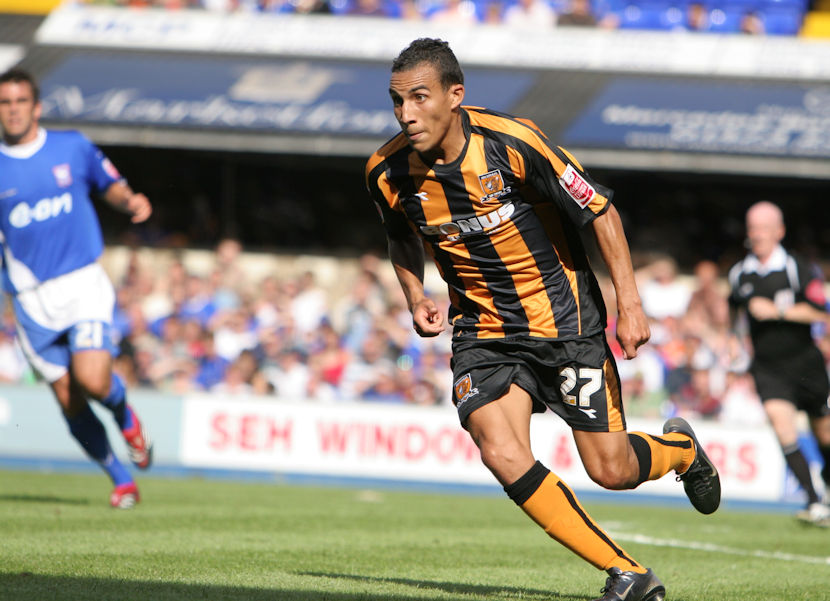 The light blue away shirts weren’t the only kit component to see action in both the 2005/06 and 2006/07 seasons, as the primary kit socks from 2005/06 were given one last use at Ipswich in August 2006. Would our black primary socks really have caused confusion with Ipswich’s blue hose? The ref seems to have thought so. 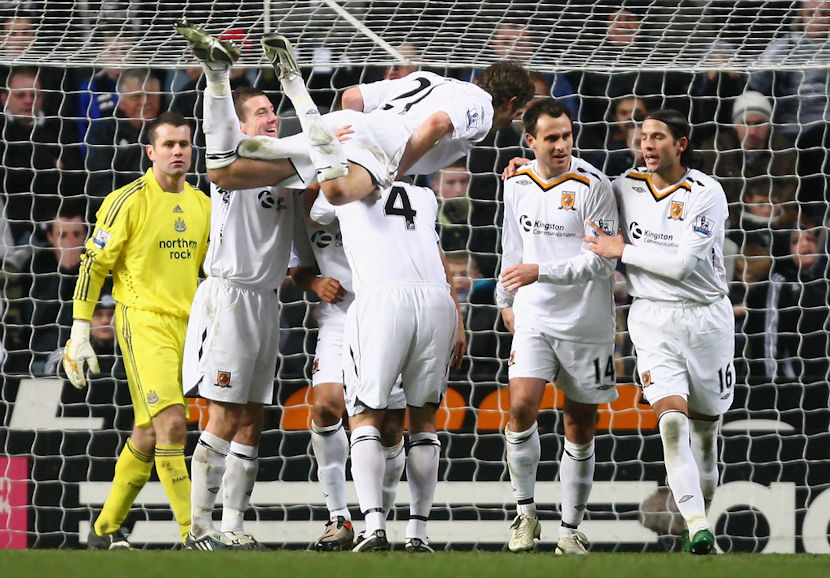 One of the darkest days in City’s kit history came early in 2008/09, the Tigers inaugural Premier League campaign. They travelled to Newcastle with only their ‘flint grey’ away kit, evidently oblivious to the obvious clash caused by the Magpie’s black and white primary kit. The ref was having none of it, and City were ordered to wear Newcastle’s white adidas change shorts and socks, which must have had Umbro fuming. It wasn’t a good look but it didn’t affect the team’s play, they came away from St. James Park with a first Premier League away victory, winning 2-1. Thankfully when City next headed to Tyneside for an FA Cup Third Round replay in January 2009, they’d found a stash of 2007/08 away kits and updated them with Premier League numbers, namesets and sleeve patches in case a third kit was needed. That all-white kit is magnificent, one of City’s finest we’d wager, and in it we recorded a 1-0 win to put City in the Fourth Round. 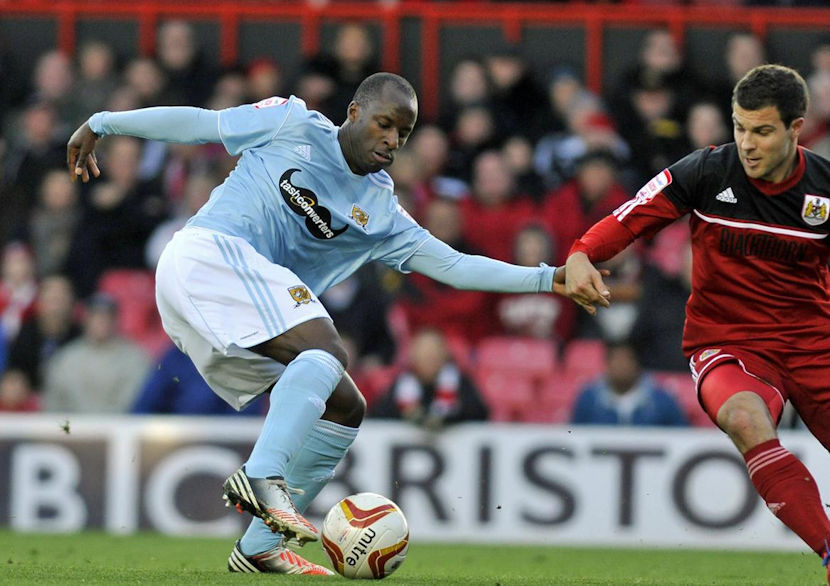 All-black change kits look great, but they usually necessitate a third kit. The solution in 2012/13 was to retain the lovely Argentina Blue change shirts from 2011/12, which came with two sets of shorts, one white, one navy, to cover all clash eventualities. Perhaps City had a surplus of these shirts, because they were consciously used in games where shirts featuring appliqués would be auctioned off for charity, notably the Cardiff away game (remembrance poppies) and at Bristol City where the name of sponsor Cash Converters was contained in a moustache shaped appliqué and amended to ‘Tash Converters’ in support of the ‘Movember’ appeal to raise monies for men’s health initiatives. 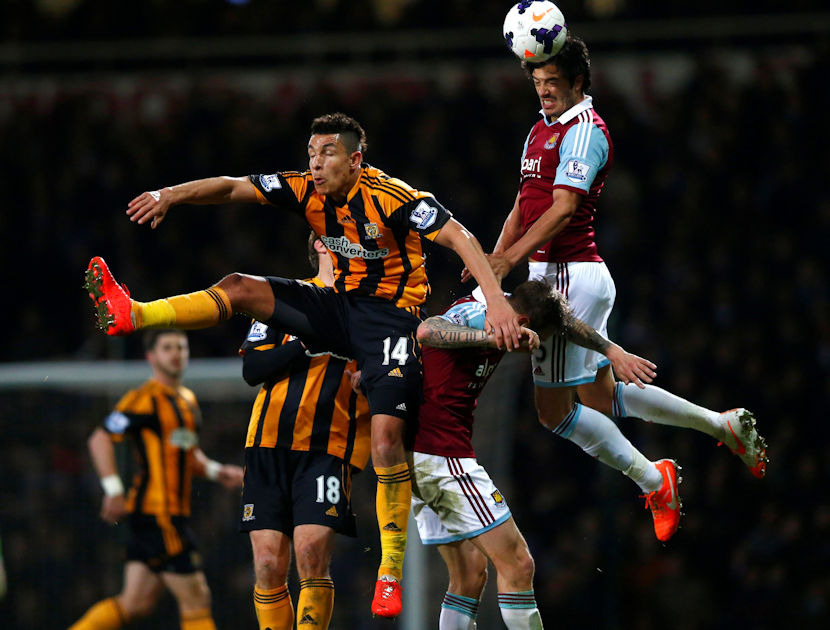 Another sock recycling episode occurred in March 2014 when City played West Ham at Upton Park. The fetching hooped socks of the 2013/14 primary kit were replaced, just this once, with the plain amber legwear from the 2012/13 home kit. It’s hard to see how the hooped hose could be considered to clash with West Ham’s white socks, but, whatever. The game was memorable for ‘keeper Alan McGregor receiving a red card after sustaining a ‘contused kidney’ injury that required him to leave the game anyway. That red card was later rescinded after an appeal, but that was cold comfort on the night when 10-men City lost 2-1. 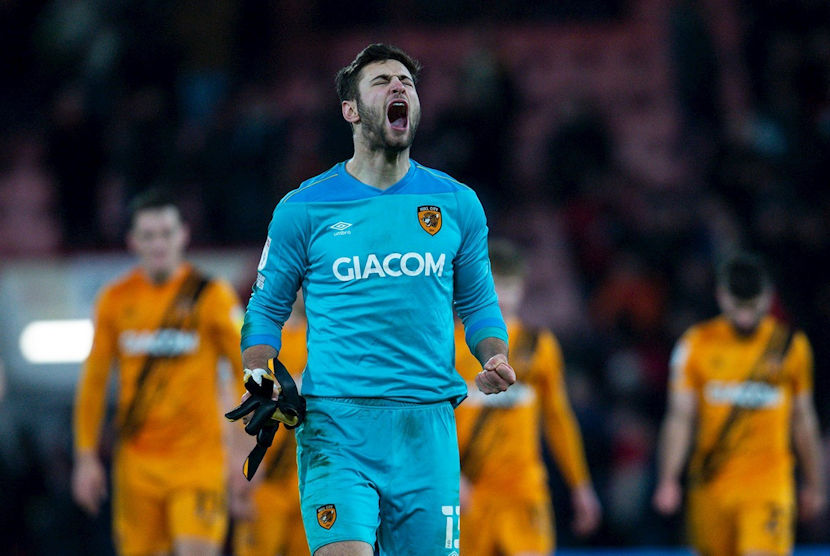 Bringing things bang up to date, the kitroom staff have brought the two-tone blue 2020/21 ‘keeper kit out of mothballs for several games this season when neither the Beetroot purple or yellow kits were deemed sufficient. The first instance was Bournemouth away, the the Fulham home game when ‘Tigers Trust’ replaced the usual sponsor Giacom on all player’s chests, and most recently at Sheffield United.