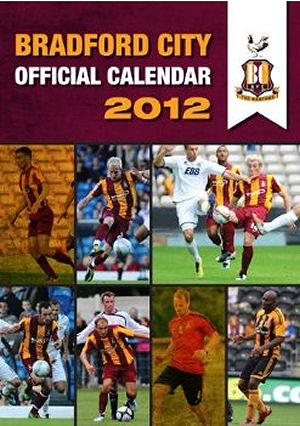 Familiar faces appearing on Bradford City’s 2012 calendar should come as no surprise, given that ex-Tigers Craig Fagan, Jamie Devitt and Matt Duke are all currently plying their trade at Valley Parade, but Dele Adebola in a City kit? Shurely shome mishtake?

The Adebola picture was taken during a Bradford game at least, the late July pre-season friendly at the KC Stadium in which the West Yorkshire lot wore their garish pink away kit, while City paired some fetching amber socks with the rest of the home kit. Bring them back!

City in red and black? Bet on it
Scroll to top