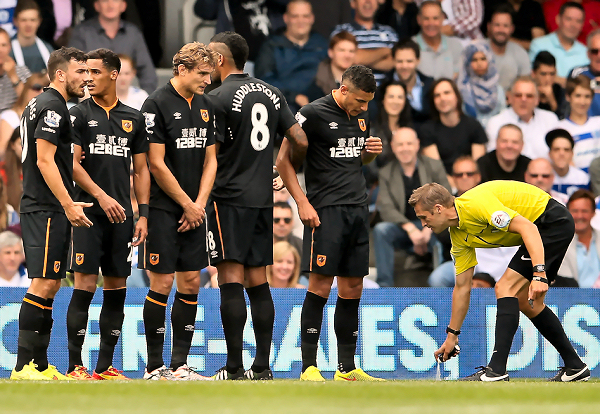 The new Umbro all-black away kit made its debut yesterday on the opening day of the 2014/15 Premier League campaign. City bested QPR 1-0 at Loftus Road courtesy of James Chester’s 52nd minute headed goal (marker Rio Ferdinand seemed more interested in Chester’s shirt, grabbing a feel, than contesting the ball), but had ‘keeper Allan McGregor to thank for maintaining the lead when he saved Charlie Austin’s penalty late on. McGregor was wearing the Aqua and Navy ‘keeper kit released for use with the away kit. 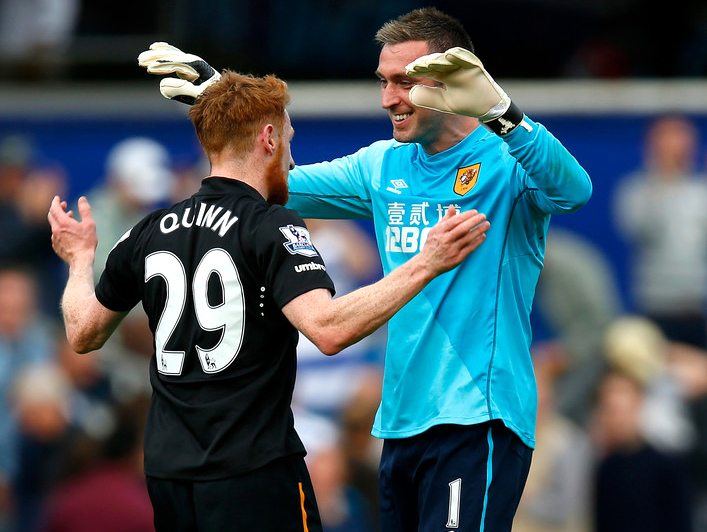 Aside from new attire, there were other notable kit occurrences... Nikica Jelavić finally got the diacritic above the C in his surname added to a Hull City shirt. Everton applied the acute accent when he played for them, and somewhat obviously it featured on his Croatian national team shirts at the World Cup in Brazil, but since his arrival from Goodison Park in the January transfer window, City had not bothered with the accent. 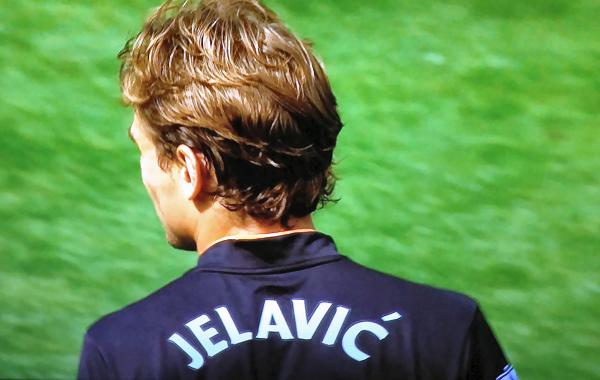 Additionally, James Chester lost a Premier League sleeve patch at some point before his goal. He had both patches earlier on, but the applique from his right sleeve is clearly missing in goal celebration images. The patches, made by Sporting ID, were made much lighter at the start of last season, they clearly don’t glue them like they used to. 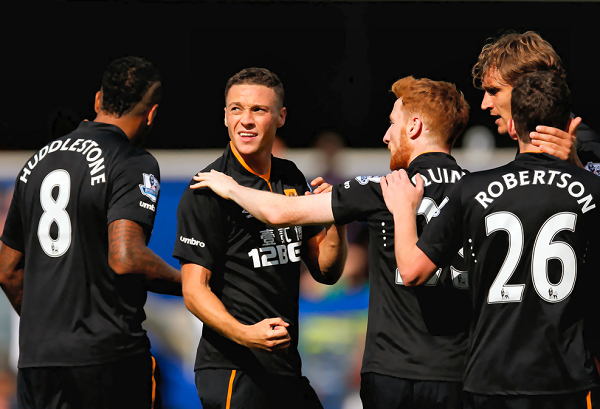