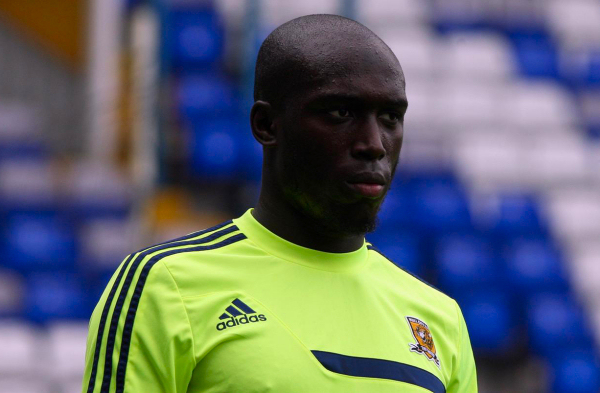 Kit supplier adidas released a statement yesterday, apologising for delays in the production and delivery of City’s 2013/14 training kit. The Tigers had been wearing neon yellow and navy training kit in pre season while their own blue or black apparel was being produced, evidently wearing gear made for Sunderland (their away kit is neon yellow and navy) badged with City crests as an interim measure. Consequently the launch date for new training gear on sale in Tiger Leisure has been and gone, hence the apology from the German sportswear giant. We rather like the neon yellow apparel, and would love to get our hands on some, whether part of City’s current palette or not. 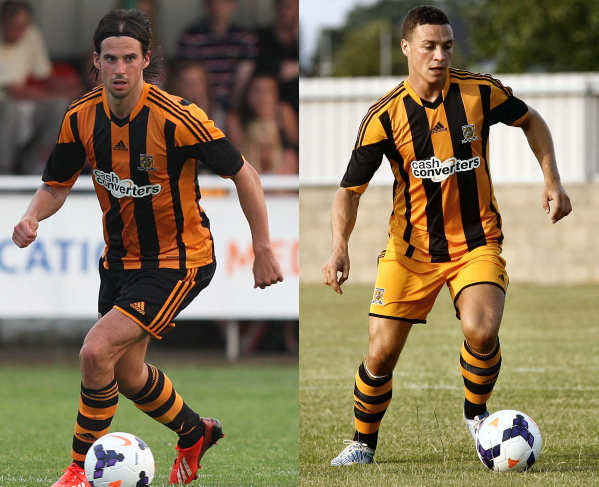 Of more concern than the training kit is the home kit shorts, which have also been delayed. City wore the new home shirt and fetching hooped socks in friendlies at North Ferriby and Winterton last month, using shorts from last season’s kit range. At Ferriby, the black 2012/13 home shorts were worn, with the ‘home’ amber alternate shorts from the last campaign being used against Winterton Rangers. 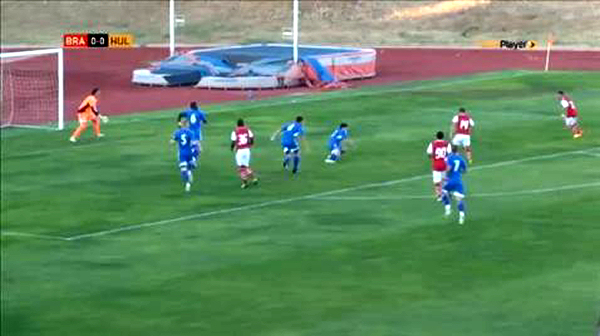 Wanting to take a complete new kit to Portugal, kit man John Eyre elected to use the royal blue, white and red away kit in two friendlies played in Albufeira. The full away kit with red socks was used in the 0-0 draw against Sheffield Wednesday, in which the Owls wore their new away kit (a black and yellow affair made by Puma). Against SC Braga however, City debuted alternate blue socks against the Portuguese League Cup holders, who use red socks with their primary kit. 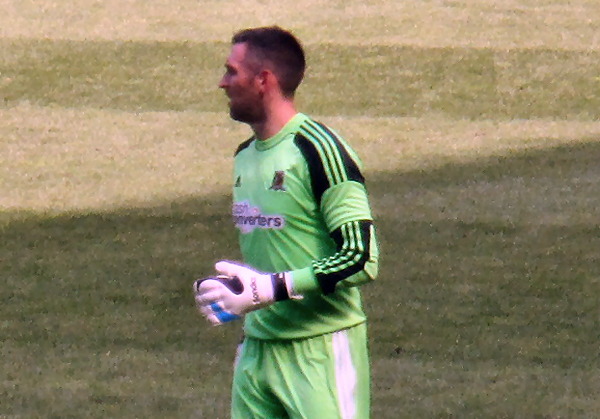 Goalkeeper kits from 2012/13 were used in all friendlies until City ventured to eastern Germany to face Dynamo Dresden. Alan McGregor wore the light green 2013/14 ‘keeper kit for the first time in the 1-0 win at the glücksgas stadion, while the outfield players wore the full away kit as Dresden play in yellow and black. The Dynamo game proved educational, teaching us the German word for kitman; John Eyre was listed in the matchday programme as City’s ‘Zeugwart’.