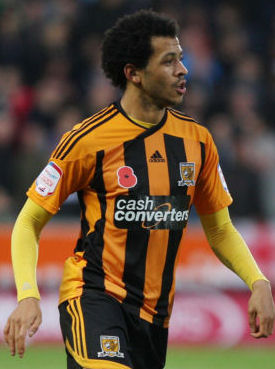 February was a busy month for City shirt auctions, the highlight being several of the poppy adorned matchworn shirts from the West Ham game in November that the Club relisted citing ‘timewasters’ as the reason.

Several other purportedly matchworn shirts went under the E-hammer last month: At the start of February the #10 long sleeved 1995/96 home shirt that we featured in January’s Auction Action went for £50 after attracting 7 bids. A 2001/02 home shirt said to be worn and signed by Ian Goodison went for £49 (15 bids). If authentic, the new owners of those shirts have gotten bargains, you could have had both for the cost of a squad signed but off the peg home shirt from this season which went for £107.

Our favourite sale of February was of a 1996/97 alternate goalkeeper shirt which received only one bid and so went for the list price of £50. We’d forgotten all about that faintly nauseatingly coloured and mindbending design, which although reproduced as a replica was never used in a game as far as we can recall. Scott Thompson preferred the orange keeper top and Steve Wilson became synonymous with a white jersey that was paired with the shorts and socks of the away kit to create a rare on keepers all white look that made Willo look a bit, err, cherubic between the sticks.