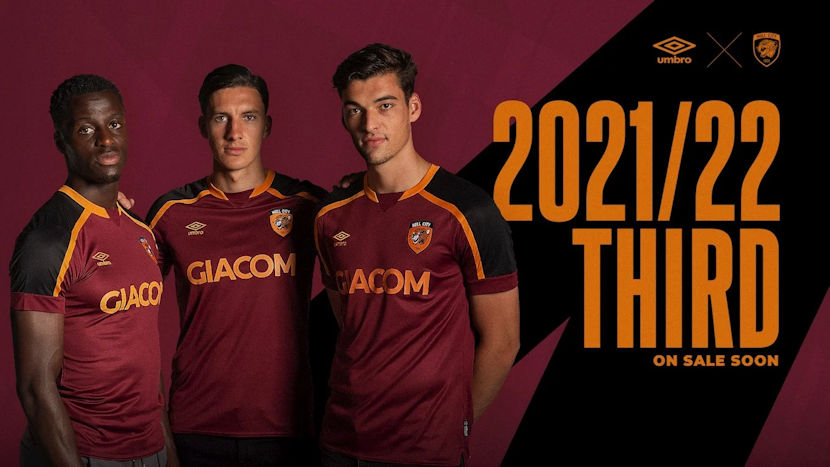 Like manna from heaven, the 2021/22 third kit by Umbro has ‘dropped’. What do the HCK Kitgeeks make of it?

@SombreEthyl: As much as I love the away shirt for embracing the black-out trend (and City don’t often dabble in kit trends historically), I love this third shirt so much more for reflecting a bit of City kit heritage, as it clearly takes cues from the 1995-97 away.

“Why would we look back to a kit from what was, in footballing terms, an awful period which took in a humiliating early relegation and needing a replay to get past Whitby Town in the FA Cup?” you might ask.

Well, because that claret / maroon/ burgundy / carmine/ cranberry / oxblood / whatever shirt was MAGNIFICENT, so much so that it featured in many episodes of the 1998-2001 Nickelodeon series Renford Rejects. What’s more, unbeknown to us at the time, the period of that away kit’s use kicked off a footballing family dynasty second only to the Milan Maldinis, that of Greaves Mark and Jacob.

For those of us old enough to answer “where were you when you were shit?” with “At Boothferry Park, obviously”, this modernisation of a 90’s Tigers classic is a tasty slice of nostalgia. I’d love to have seen a polo collar on this to really go retro, but the thin amber collar stand split by a maroon triangular inset panel is very good. 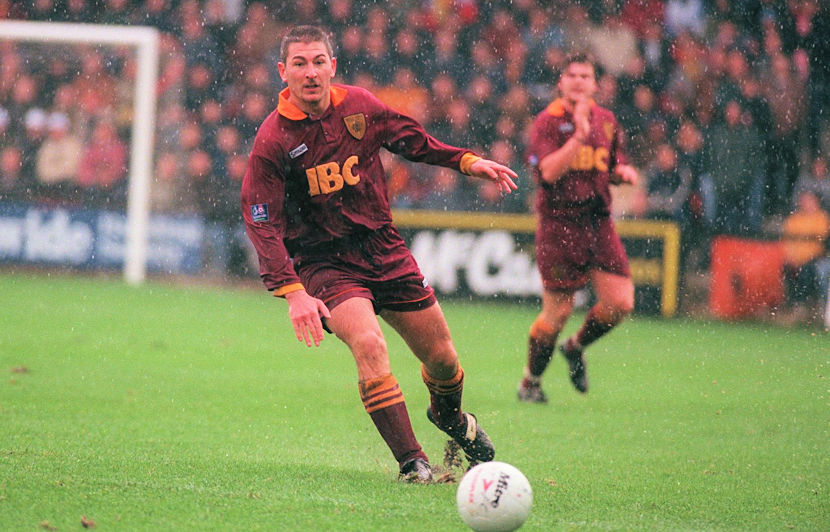 Although the original shirt had no black on it save for the outlines of the crest and maker mark patches, having a black yoke stripe bookended by amber means it fits in with the other two outfield shirts as part of a set, and opens up some mash-up possibilities with the primary kit shorts, though I’ll come back to the theme of interchangeability in a bit…

It’s not until seeing this new kit that I realised I had never taken issue with co-opting a colour associated with Bradford back in the day. I had a fervent dislike for Bradford, or Bastard City as I’d call them then, an enmity intensified by the decision to turn over the South Stand at Boothferry Park to fans of the promotion chasing Bantams for the final day of 1995/96, a move that caused predictable anger and led to wholly avoidable mayhem.

Despite this, pairing amber with claret, effectively borrowing Bradford’s colours for a Hull City away kit, never bothered me, probably because the kit is so damned beautiful. Besides, the all-maroon with amber trim look had more of a pleasing Roma aroma than a whiff of the West Yorkshire chickens.

Check out the Whitby Town v. City FA Cup tie in 1996, which if you’re near sighted could be Roma v. Sampdoria, well until the camera pans to show the stands of the McCain Stadium in Scarborough and not the curvas of the Eternal City’s Stadio Olimpico!

This kit has more amber than the 1995-97 away kit it riffs on had, and that’s down to the amber shorts, which could increase the Bradfortivity, yet somehow this still looks Roma-esque, like a mash-up that to my knowledge the Giallorossi have never used. 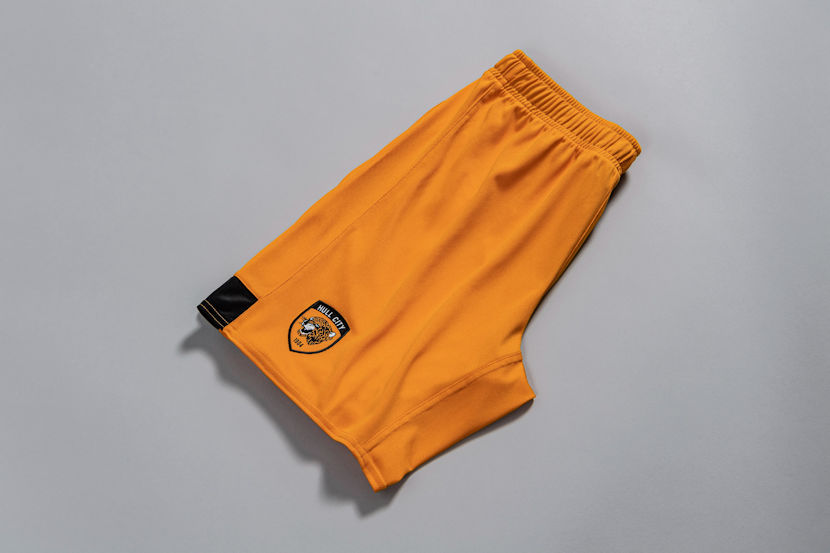 You might think that going with amber shorts is an odd choice on a kit designed as a throwback, but I believe that is down to a change in EFL rules rather than being a design choice: it is my understanding that clubs only register three pairs of shorts from 2021/22, whereas the EFL accepted four shorts-sets previously.

This effectively prohibits alternate shorts, an odd move, especially straight after Euro 2020, a tournament in which the use of alternate shorts to prevent even the merest hint of a clash was ubiquitous. Mash-ups then, are the EFL’s preferred means for clash avoidance. With straight up alternates no longer an option, we have seen a move towards kit interchangeability among EFL clubs, such as Luton and Walsall (who also have a set of red shorts).

City then, have gone with amber shorts on this kit so they can also be used with the home shirt as needed, and we’ve seen two instances of this already in the Championship, at Preston on opening day and more recently at Fulham. We’d normally characterise the use of amber shorts as involving alternates, but these instances can be reclassified as mash-ups. Since I love the use of amber shorts to avoid a clash away, I can have no issue with the third kit shorts being amber instead of maroon, in keeping with the 1995-97 away kit. 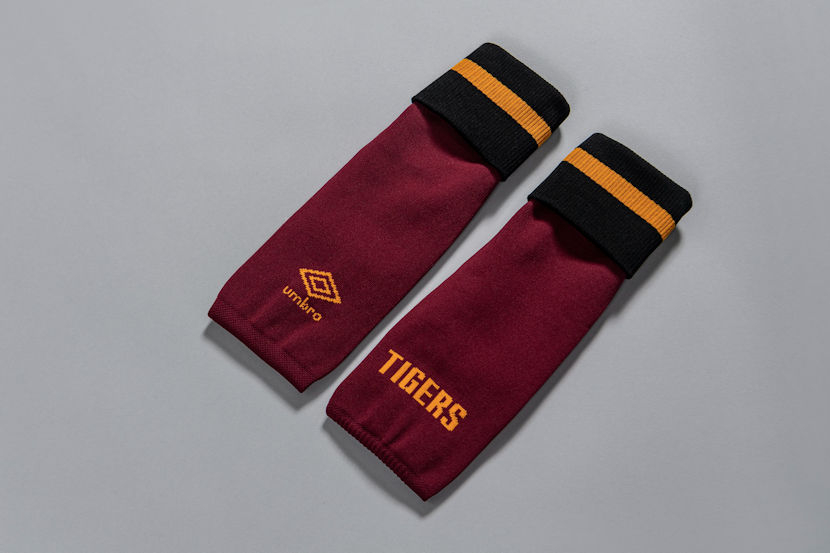 In summary then, I adore this kit, it’s a tasteful tip of the hat to a classic City kit while giving us a workable shorts alternative for not one, but two shirts.

Verdict – Better than the away kit for my money.

PS. Using Jacob Greaves, Josh Emmanuel and Alfie Jones for the launch photography made for a slightly more upmarket release than the 1995-97 away kit got… 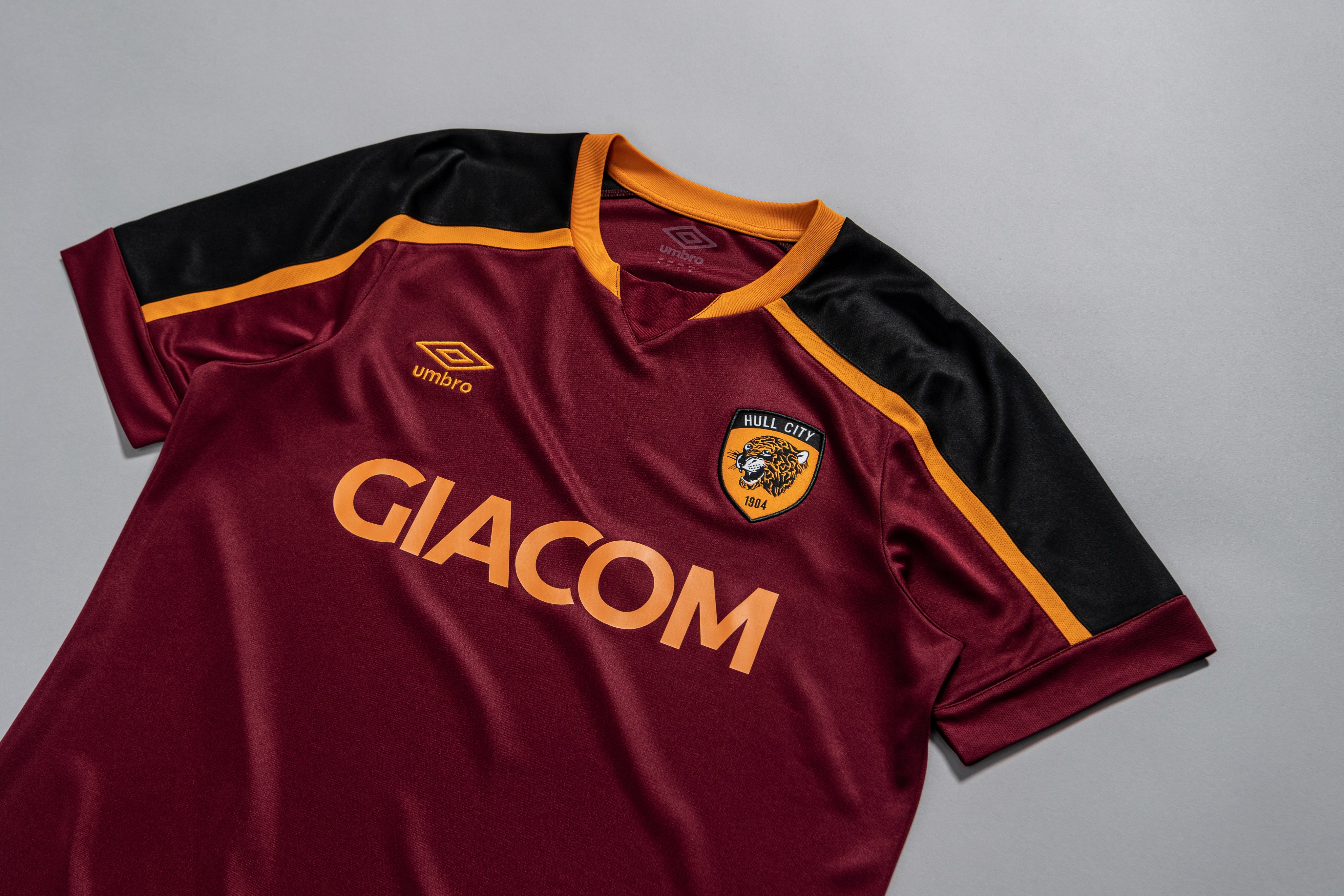 The habit of looking back on past shirts for new shirt inspiration doesn’t show any sign of stopping any time soon, but since both our home and away shirts have innovative or contemporary styling, I’m more than okay with that for the third. The nostalgia-geek that I am loves to see a straight-up throwback or a twist on a classic, and the 2021/22 third shirt certainly gives me the buzz that comes with that.

Based on the colour of the 1995-97 away shirt it revives a look that I’ve never really understood but always had a soft spot for. City and burgundy isn’t a combination you’d expect, but as a third shirt, I think it’s fine.

What does shock me is the lack of a fully light kit in our 2021/22 line-up, especially with the away kit being as black as is possible. I guess the amber shorts of this third kit covers that look via mash-ups,  and who’s going to complain about that? Nope, not me. 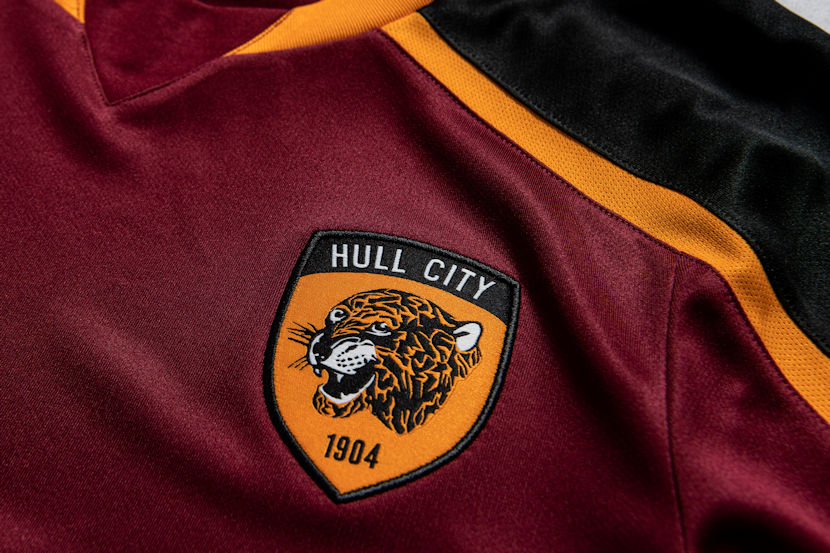 The trim on the neckline as well as the piping down the sleeve in amber sits nicely with the sponsor GIACOM and Umbro wordmarks in amber. The crew neck collar is okay, but if City was ever going to have a proper collar again, this should have been the shirt for it, right?

The black shoulder panels couple with the amber piping to deliver our traditional club colours to the shirt. This is reminiscent to me of the shoulder finish on the 2000/01 away shirt which was to my mind the last time we used maroon on a kit.

All told, I absolutely love it. Dare I say more than the away shirt? Yes, I think so. That tells you how strong my affections are for this shirt since the away shirt is excellent. In terms of my thoughts on the overall line-up, as Meatloaf famously sang, 2 out of 3 ain’t bad! 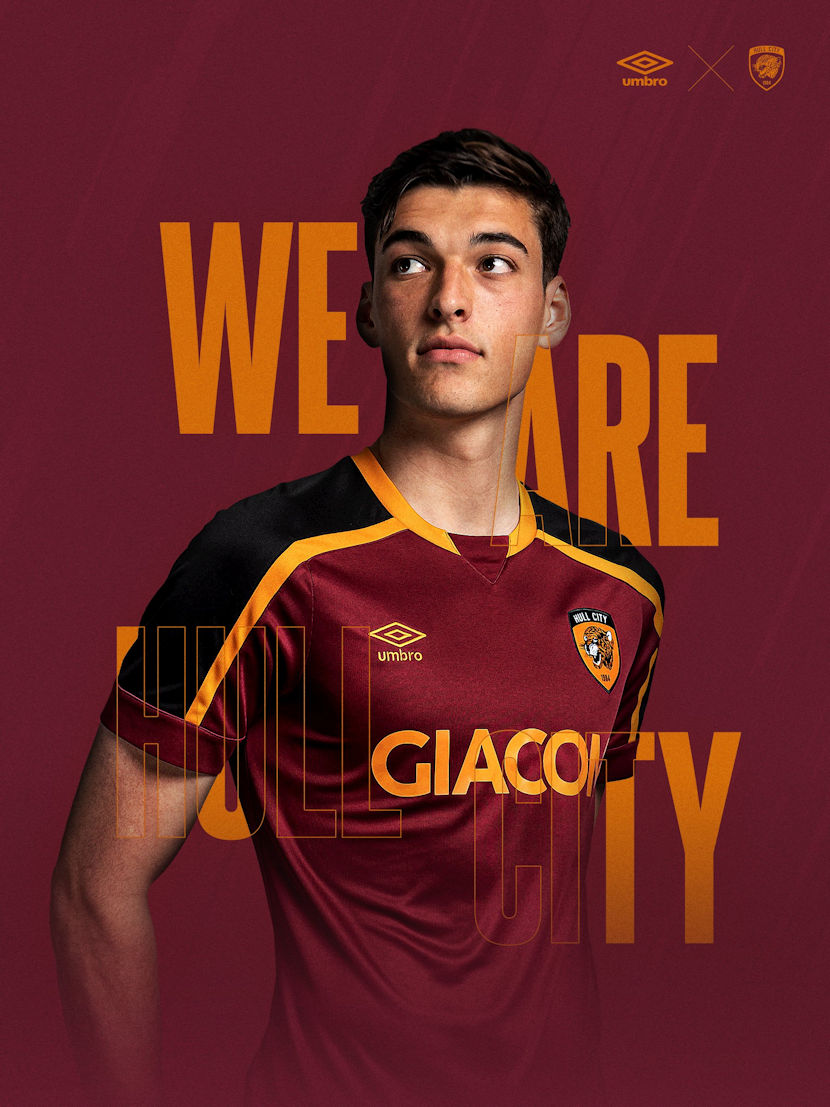