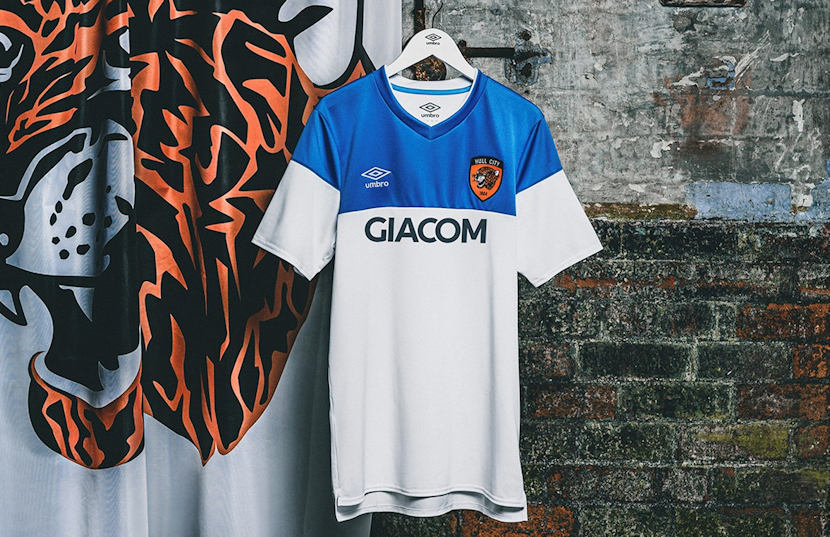 The 2020/21 third shirt was revealed on September 9th, long enough for the HCK Kitgeeks to have formulated an opinion…

We’ve been spoiled rotten by Umbro since 2014, especially when it comes to third shirts, to the extent that when one is revealed and it’s not love at first sight, it feels like a huge disappointment, when really it isn’t.

Not that you’d guess from the reaction on social media, where a bizarre sense of entitlement reigns and a shirt that doesn’t meet expectations is both the worst thing since un-sliced bread and an affront to the collective dignity of the entire City fanbase. Whatever.

While I don’t love this shirt, I do quite like it. It’s not ‘out there’ in the manner of cactus purple shirts or ‘sulphur spring’ shorts, but the colour blocking is unusual. The colours themselves are not unusual, white and blue are familiar change colours for Hull City and here, as with the 2014/15 third kit, they’ve been combined, albeit in a non-conventional way.

The ‘blue bib’ look might take some getting used to, but we will get used to it, just as we got used to the white 2018/19 third, which even with a tiger stripe chest print looked underwhelming until we saw it worn with the luminous shorts. This could be another kit where, to quote Aristotle, the whole is greater than the sum of its parts.

When discussing the home shirt release I said that it’s frustrating to not get to see the full kit in at least one picture on the day of release, and that feels more the case with this release than that of the home.

Why? Well, with the home you know that the shorts and socks are going to be black and amber, it’s just the ratios that remain to be seen, but here I feel that the shirt will look far better when part of a full kit, but since I’ve not seen the full kit that’s presumption. Still, this shirt with ‘Ibiza’ blue shorts and white socks? I think that will make for a tasty looking kit on the pitch.

True, we’re used to third shirts being a bit experimental, but in this case, it’s ok for a kit to just be ok.

PS. Why are so many people bent out of shape because the third shirt has been released before the away? There are no rules about the order in which releases are done, and we’ve had away shirts launched before home shirts before, remember Wembley in 2008 when people were wearing the 2008/09 away shirt? It’s really no big deal. 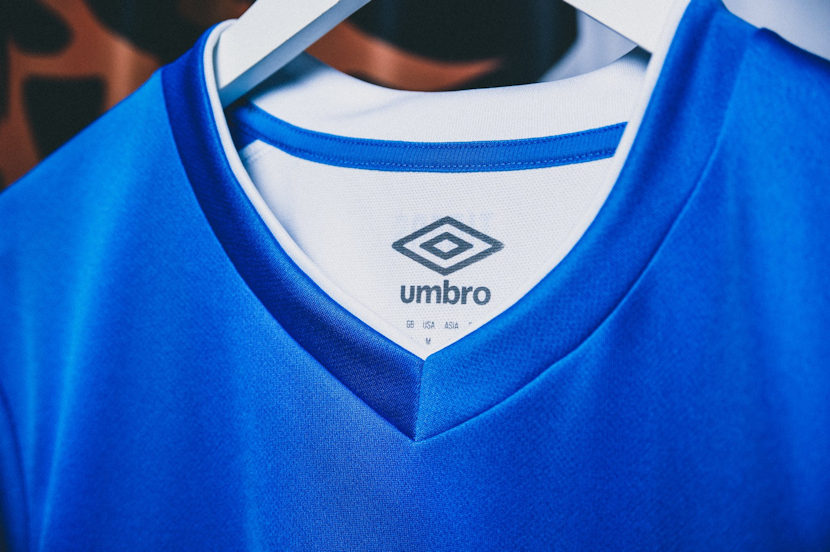 @Adz238: After years of fun colourways on third shirts, this feels a bit dull. Cactus purple, navy peony, sulphur spring and deep lagoon all had hints of the wacky and something different that City have cried out for and Umbro produced.

Despite the new season’s third shirt using two of City’s usual away kit colours, it hasn’t worked, it feels like it’s a training shirt, and is the first shirt under the current deal with Umbro to miss the mark for me.

The sleeves could have had cuff trim that match the blue, and after other clubs have changed the crest colour to work with away or third kits this would have been the ideal chance for that. The sponsor works perfectly with the home and away shirts, this could have been blue to pull it all together, and I’m left feeling this is a bit meh, and a flop.

The only real pull to it is a reminder of the 2012/13 home shirt with the two blocks of colour.

We’ll only wear this a couple of time this season I guess. A 3 out of 10 for me. 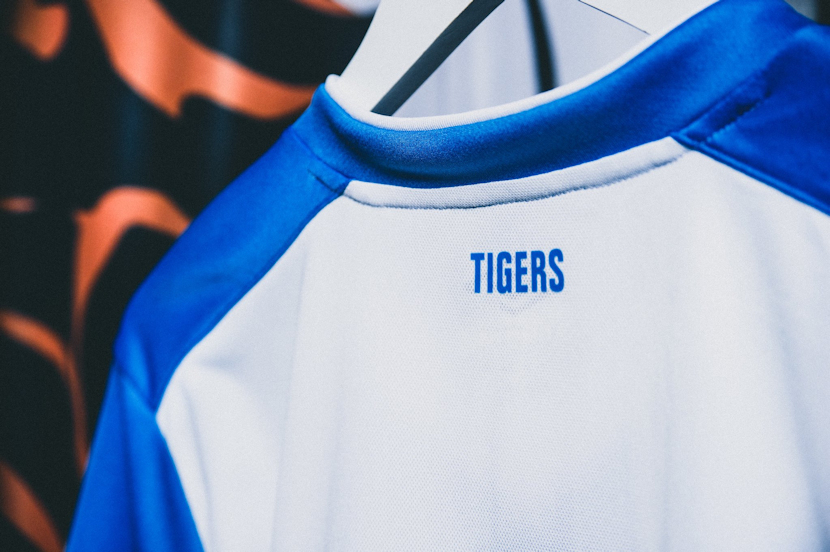 @MikeCarterHKR: I’ll start by stating that this shirt doesn’t appeal to me at all. I feel that it’s a bit boring for a third shirt in 2020. I’ve become accustomed to third shirts being wild and out there this isn’t.

The colourway works, the two tones compliment each other well, however, it is the application of the colours that I am not sold on, it feels… basic. The main shirt sponsor is applied in black, but I can’t help feel that it would be more aesthetically pleasing if it was in blue.

We’ve been spoilt in my opinion and that probably affects my mindset here. I can’t help but compare it to the third shirts we’ve had in the last few years, and the 2020/21 third shirt doesn’t compare well against previous iterations such as the cactus purple of 2016/17, the navy peony of 2017/18 or the deep lagoon of 2019/20.

I understand that when a manufacturer designs a shirt they have to appeal to such a broad age range that not everyone will like everything, and unfortunately, this shirt is one that doesn’t appeal to me. 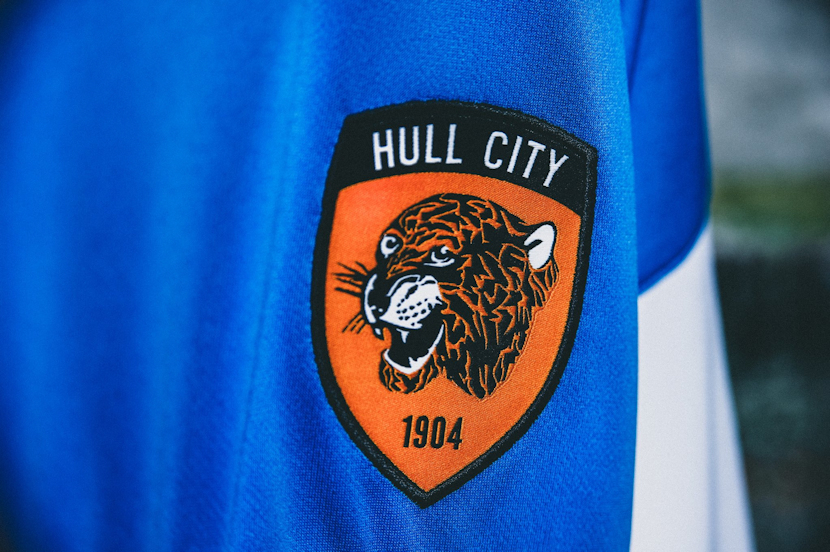