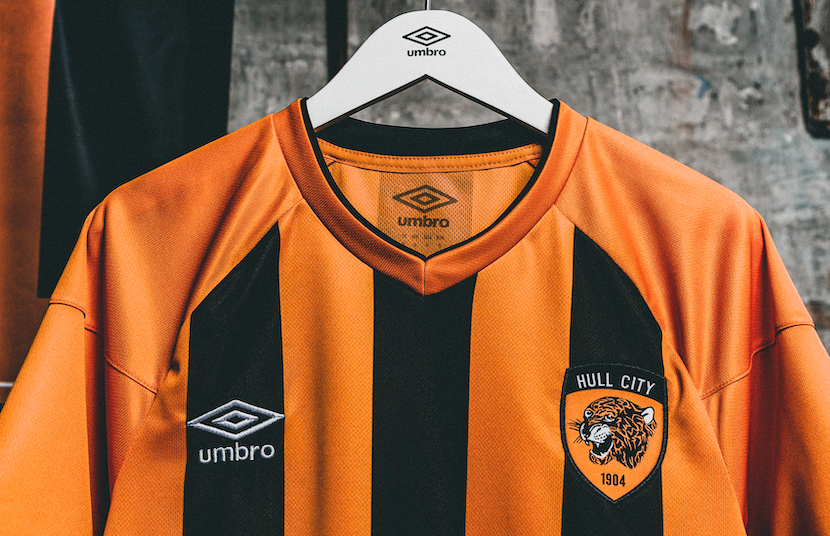 If this was a normal year we’d have seen the 2020/21 home shirt revealed several months ago, but 2020 has proven anything but normal so far. The search for a new sponsor further delayed matters, so we must ask, was it worth the wait?

SombreEthyl: A back-to-basics approach was needed after a season in tiger print, and in that regard Umbro have nailed it. This is an archetypal Hull City shirt, and I love it.

It delivers so much of what I want in a home shirt; bold vertical stripes, our most recognisable look (even taking novelty tiger stripe shirts into account), and more amber than black, to make the shirt bright and vivid. Having all but the trim on the Raglan sleeves amber really makes the shirt pop. As much as I fiend for a polo-collar on a home shirt, there can be no complaints about a no-nonsense mitred V-neck in amber.

The sponsor logo is sympathetically applied, Giacom could have insisted on the wordmark conforming to their livery colour, a cyan-like tone, which would have clashed horribly with amber, but it’s striking enough in white, and the simple, sans-serif wordmark makes it the most attractive, unobtrusive shirt advertisement since we had Karoo on shirts over a decade ago.

The shirt will have been first photographed during lockdown so we didn’t get to see it on a player until the media day, which is fair enough, though I’m keen to know what magic Umbro employed to make it float in mid air*. If I have one complaint, it’s not about the shirt, it’s that we only get to see shirts at launches now.

I understand that kit brands are capitalising on the current popularity of football shirts, and their appeal has moved beyond mere supporter uniform to, not just leisurewear but streetwear, but can’t just one of the unveiling images show us the shorts and socks? You can lead with the shirt only imagery, but give us a kit launch instead of just a shirt launch.

We did get to see the shorts and socks when the players were photographed on media day, albeit only incidentally. The thick amber bands on the shorts look great (and remind me of the Matchwinner 1990-92 home shorts) and the amber socks with black turnover bands visually connect with the amber shirtsleeves.

This is a great Hull City primary kit, and Umbro have maintained top shirt design form for a fourth consecutive season. Only one season remains of the current Umbro deal, but when they’re knocking shirts such as this out for City, I never want the partnership to end. Long live the double-diamond! 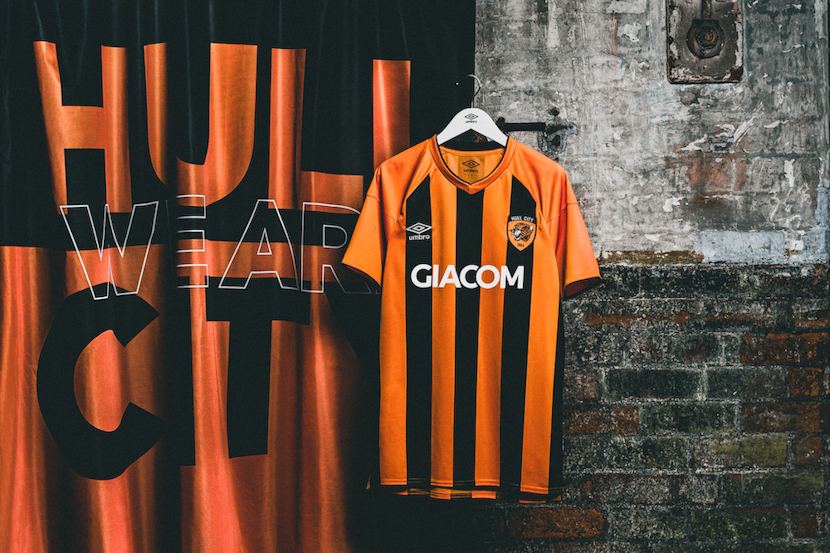 After a season of something a little different, I’m very happy to be back with stripes, and not just any old stripes but big chunky stripes, we’ve had them from umbro before with the 2016/17 season but this has more of a feel of the centenary season shirt from 2004, probably because of the V-neck collar. A simple Amber V, but simple isn’t often the case at the moment with other kits, and it’s something this shirts needs.

The amber sleeves look smart and a carry on from last season, I think once sleeve patches are added it will look even better and that’s the first time I though that in a long time. The thin black trim on cuffs and collar works well and gives a touch of definition to break the colour up. The crest looks as though its a touch bigger and I’m all for that, and the sponsor (GIACOM) works well in white, matching the Umbro embroidery. Umbro have done really well again, I’d give this a strong 8 out of 10. 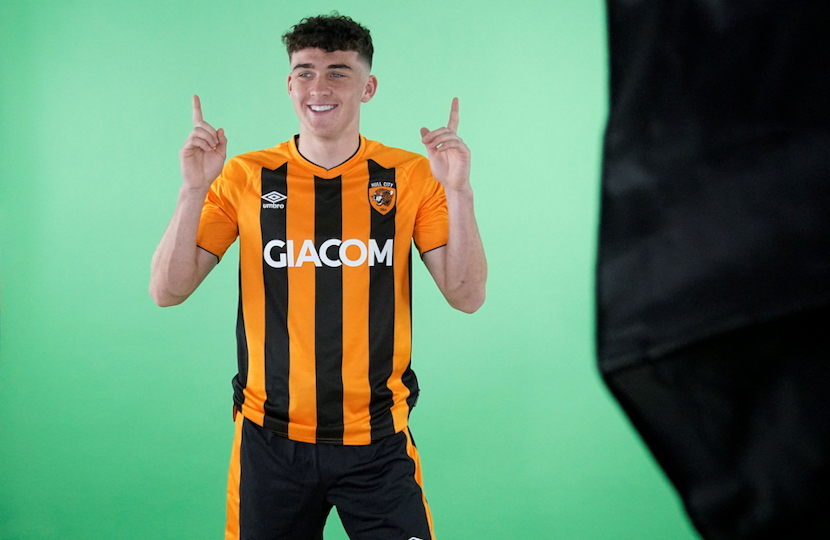 @MikeCarterHKR: When a new shirt is released there’s the initial opinion, which can change upon reflection. Well this time my initial opinion and reflective opinion are synchronised, and I would go as far as saying it is my favourite Hull City shirt under this current Umbro deal.

That is a big statement when you look at the plethora of amazing shirts we’ve had in the past 6 years.

Back to stripes. This needed to happen in my opinion. After last seasons very popular throwback to the early ‘90s, we needed to go down the route of stripes, and produce a shirt that screamed Hull City. The stripes needed to be not too thin or too thick, in short in fact they needed to be exactly as they are on the new 2020/21 home shirt. The branding of new club sponsor ‘Giacom’ does not look out of place on the shirt and fits nicely within the stripes. It’s great to see a local firm on a shirt over a betting company as they feature heavily on many teams shirts nowadays.

The home shirt has amber raglan sleeves and I like the solid colour over featuring a stripe or pattern. If there’s a lot going on in terms of the front panel design, plain sleeves finish off a shirt nicely.

We’re still waiting patiently for a City shirt with a turnover collar (it’s been sixteen years since we’ve had one), but for me, this is the next best thing. This V-neck is the tidiest we’ve had in a while and has smart black trim that breaks up the solid amber of the collar, and this features on the sleeve cuffs. I think this is a very strong design. To summarise… I love it! 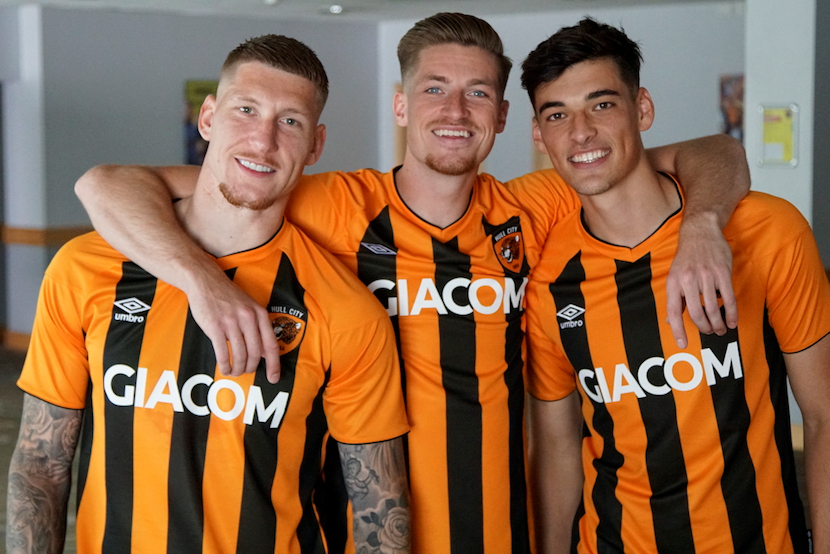