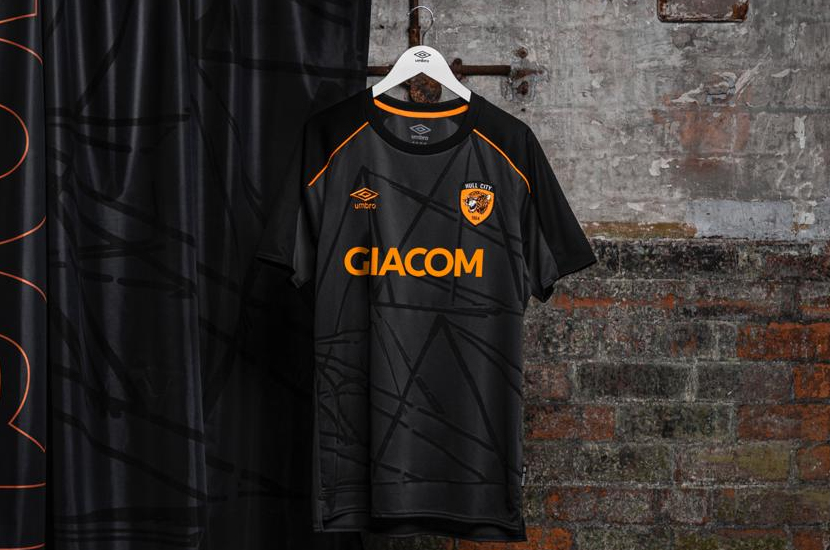 The 2020/21 shirt line up was confirmed on September 17th, with the unveiling of the change shirt. It was given a debut in the televised game at Fleetwood, allowing us to see not just the shirt, but the full kit, which HCK’s @SombreEthyl wanted to see before crystallising his views…

There’s no place like home… and that’s a sentiment that Umbro seem to agree with. After supplying the Tigers with a third kit in 2019/20 which took it’s colourway from the 1960’s paint job of our former home, Boothferry Park, Umbro have paid tribute to our current home ground with the 2020/21 change shirt.

On the shirt’s carbon grey front panel, angular black lines depict the roof support stanchions of the KCOM Stadium’s West Stand. It’s a lovely touch, and a necessary one, as it would look quite unremarkable and training shirt-like with no graphic. Maybe part of that is down to the simple black crew neck. 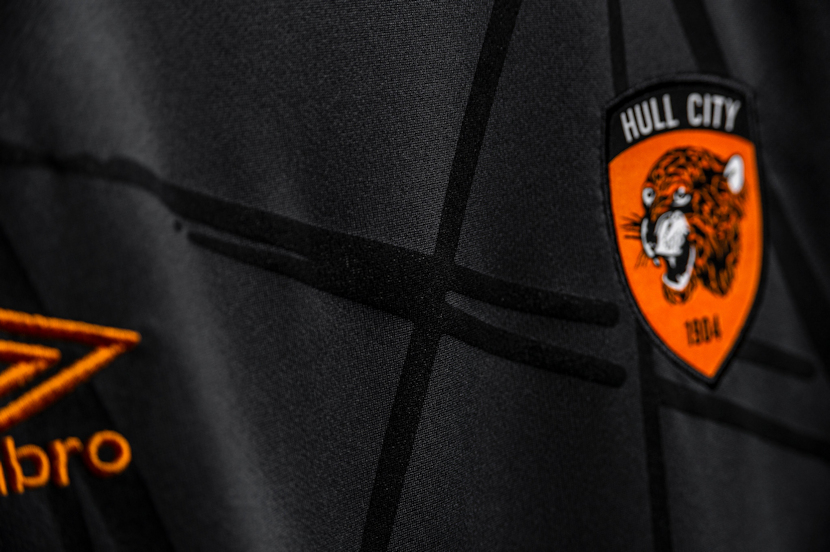 At first glance the shirt has black contrast Raglan sleeves, separated from the grey body panel by amber piping, but the black doesn’t curve down to the underarm, instead it continues beyond the amber piping as a yoke stripe. The sleeves look to be a variation of Raglan though, saddle sleeve maybe, though it’s hard to tell as the photography lighting is low. The decision to have the sponsor wordmark in amber is a good one, matching the piping and embroidered Umbro logo.

I like the decision to not simply have a black shirt again, we’ve done that every two years since the start of this Umbro deal in 2014, so the addition of the carbon grey, a colour used on the third goalkeeper jersey last season, keeps things interesting. 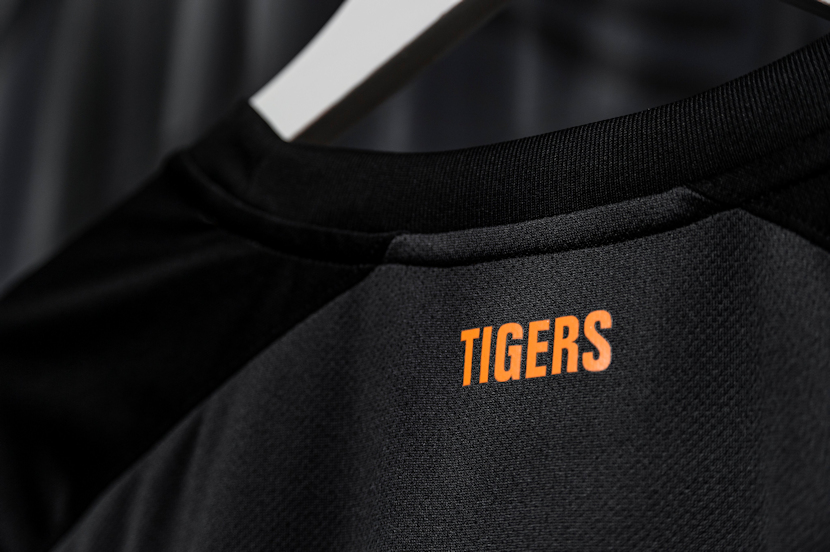 Social Media reaction to the shirt was very positive, with some terming it the best away shirt in years. I like it a lot but I can’t go that far.

It sure works as a full kit though, with the side piping on the shorts and the thin amber band on the socks connecting to the shirt. It looked great at Fleetwood, even if our second half performance didn’t. Which brings me back to a point I’ve made twice already this year:

I understand the need to focus on the shirt with launch photography, that’s the kit item that will sell most, but there’s no good reason to not have just one image that shows the shorts and socks. We had to wait over three weeks to see what the full away kit looked like, a first world problem for sure, but I do miss ‘kit launches’ that inform supporters as well as peddling merch. 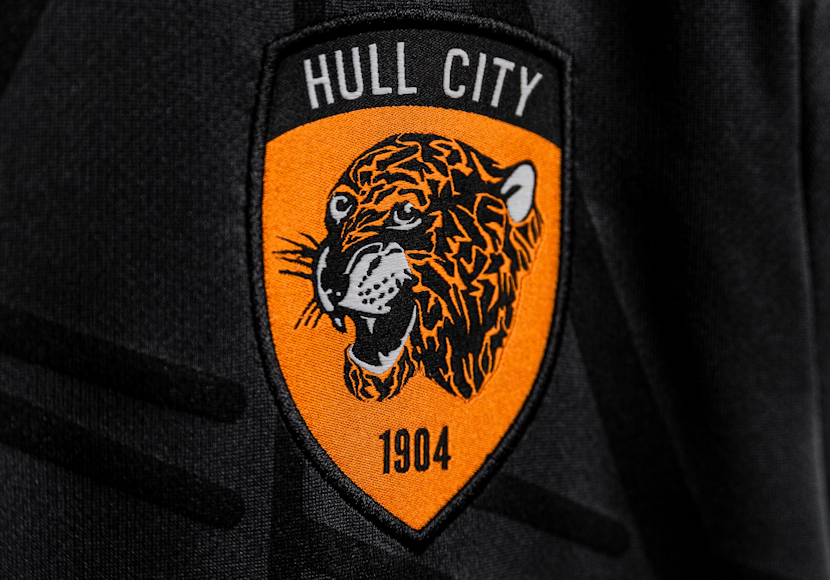