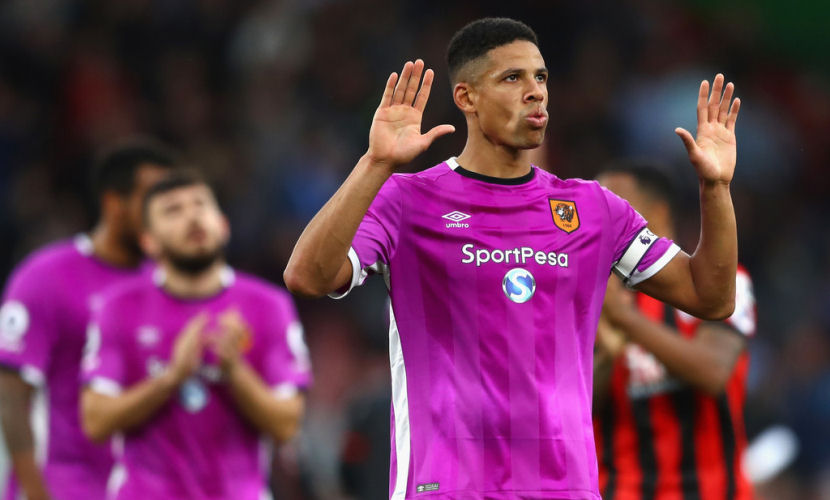 Usually we give our first impressions on a kit before it is worn in match action (when you can truly judge it), but life has gotten in the way and by the time we’re ready to go beyond mere Twitter reaction, the kit has been worn twice and is quite possibly already consigned to history. Still, for polyester posterity’s sake…

There is such a malaise, such a malignant fug hanging over the club right now that the automatic response to anything by the collective consciousness of the fanbase is to lash out, to react with scorn and insult. In that atmosphere, whatever any new kit looked like, it wasn’t going to be met with open mindedness.

Add that it’s an, err, challenging colour, and that even before the date it would go on retail sale had been announced City contrived to match their record heaviest Premier League defeat while wearing it, this kit was doomed from the outset.

I’ll admit, the colour description of ‘Cactus purple’ made me giggle even more than the preposterous ‘Blueprint and scuba blue’ of a year ago. “Cactii are green aren’t they?” I thought, but a quick Google images search showed that indeed there are purple cactii, so thanks for increasing my knowledge of cactaceae, Umbro. 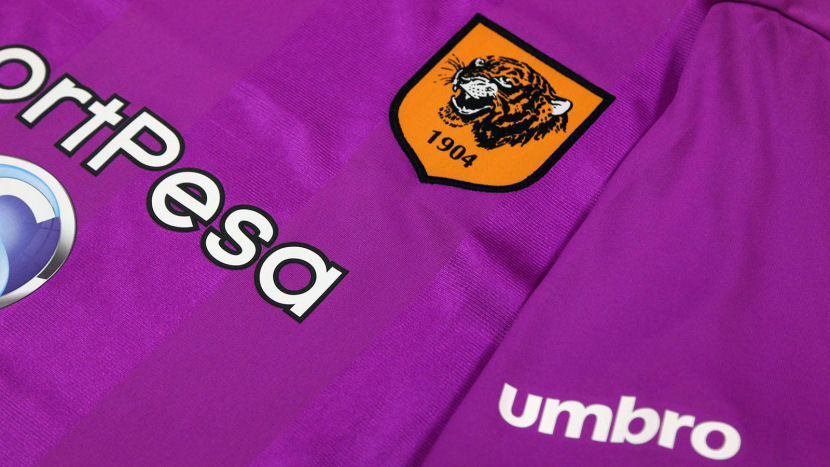 There was some fierce debate on Twitter about whether the shirt really was purple or pink. It’s on the red side of the purple shade spectrum for sure, in contrast to the 1999/00 away shirt which was on the blue side, but it’s still purple, and not pink. The nearness to pink has clearly ruffled some people’s feathers, maybe they’re worried that wearing such a tone suggests certain sexual proclivities, which you’d hope humanity had matured beyond in 2016, but evidently not.

It’s certainly on trend. City haven’t followed kit trends much in the past, it took us over a decade to produce an all black away kit when they’d been ubiquitous in the years immediately after ref’s gave up the monopoly on them, we never went fluoro when that fashion even reached Scarborough (who had an away kit that could be described as gall bladder green). No, the Tigers have for the best part, not strived to be at the cutting edge of football.

This third kit though, is following the current fascination for vivid colours. Take the slew of third shirts Nike have produced for their supposedly elite clubs (and Inter Milan), all of them are a combination of bold tones, Manchester City’s is orange and ‘Persian violet’ (purple), Barcelona’s is teal ‘Energy’ and ‘Green glow’, or teal and mint green while the aforementioned Internazionale’s third kit is a bright blue that graduates into lime green.

It’s not just Nike, adidas have Sunderland in a pink and purple third kit, New Balance have outfitted Liverpool in ‘Toxic green’ and grey, and City’s Umbro stable mate Derby have a ‘Marine’ third kit that looks pistachio green to my kit nomenclature un-savvy eyes. 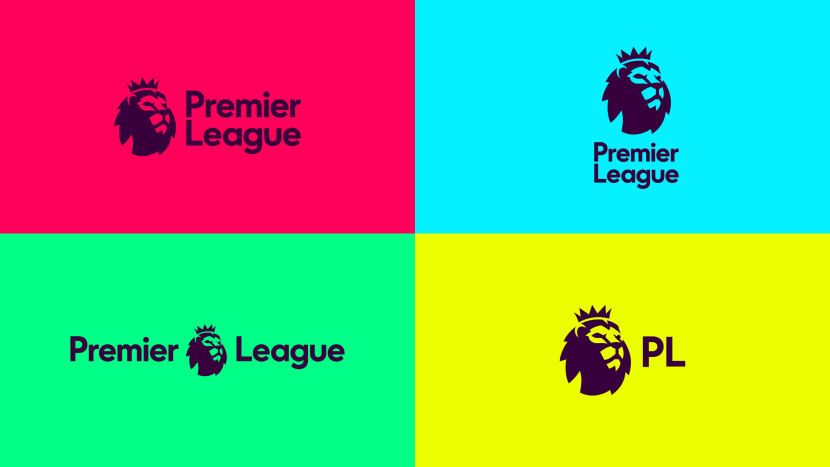 Nor is the fixation on vibrant colours just a kit only thing. Take the Premier League’s recent rebrand, which emphasises strong tones that cannot be mistaken for traditional club colours such as pinkish red, minty green, and purple. Going beyond football, Spotify’s new look has common elements with the Premier League redesign, a single logo depicted in a variety of constantly changing vivid tones, and colour washed images. Then there is Hull 2017, which too has embraced the strong and lively colourway design ethic, with purple one of the main tones in use.

Given both the fashion conscious colour used and a fanbase that seems to be made up mostly of beer bellied and balding middle aged men (and I count myself among that demographic), perhaps a lack of connection between the two is not all that surprising. Maybe Umbro thought this shirt would appeal to the young ‘uns, and it’s not their fault that City seem to be actively trying to price out young fans with the removal of concessionary tickets.

But you know what, I actually like this kit, and the more people talk about it in Twitter default rage, I like it more still. I like the simple crew neck in two contrast tones, black at the front, white at the back. I like the subtle shadow stripes that give the shirt a vaguely retro feel. I like the shirt’s white side stripes which are reversed on the shorts, purple on white, and I like the use of the same sock style as the home kit so there is some sense of it being part of a set. The new, circular Premier League sleeve patches work better on this kit than they do on either of the other two.

The shade of purple? Perhaps I’d have liked it to be a touch deeper, but I appreciate the hubris of it, the contemporariness of it. Maybe this would have been the right kit to have tried a two-tone crest, rendering the tiger head within a shield just in white over the purple, since purple and amber are strange bedfellows. But overall, I like it.

If you’re thinking ‘hang on, this bloke usually likes simple, traditional kits yet he likes this?’ well I like traditional and simple home and away kits, but there’s no such thing as a traditional third kit and if you’re going to let a designer run wild and be a bit whacky, the third kit is the right medium to go envelope pushing on, and if people don’t like it then so what? It will only get used a few times anyway.

This kit’s biggest crime is trying to inject some fun into proceedings when we’re all too busy being miserable to let ourselves go with the absurdity of a cactus purple shirt. We’re miserable about the way the owners have reduced the club’s soul and identity to a commodity given a pounds and pence value, miserable about the removal of concessions which threatens to curtail the support of seniors and stunt the development of the next generation of fans, miserable that relegation seems inevitable when it needn’t be.

A kit does not make defenders fail to keep track of attackers or midfielders to give away penalties. City didn’t lose 6-1 at Bournemouth because of a purple kit, but that performance did make the shirts very hard to market.

So yeah, I feel sorry for this kit, and the faux outrage about it makes me quite fond of it, I nearly fainted with joy when I got a match issued version and amusingly, I’ve had a few people ask if they can buy it off me. Nope, not ever. 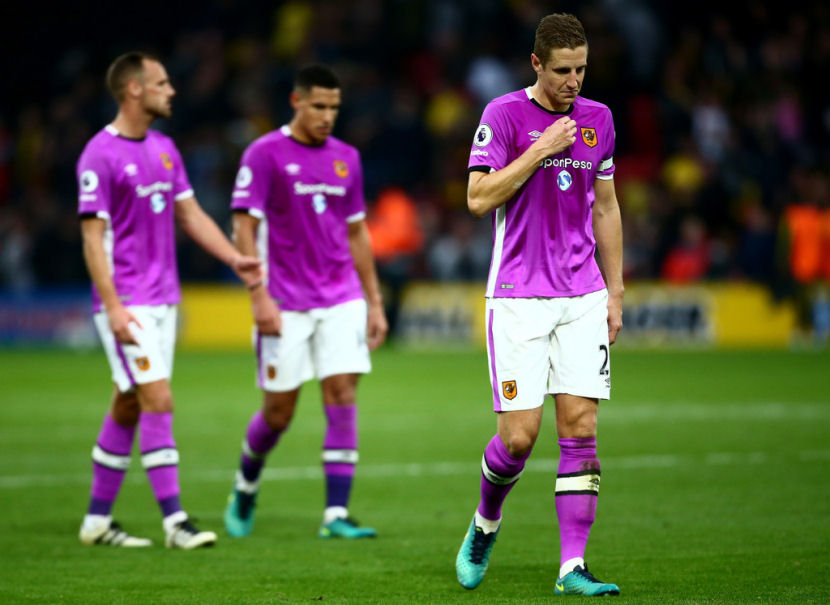 My first, initial response when it was first shown? Oh, that’s a shame. Why? Well, how mega would it have been for it to have been a complete copy of the City of Culture Volunteers outfit and keep it for two seasons?

Sadly, given the horrendous state our club is in that was as likely to happen as finding a Unicorn, me getting to spend some “personal time” with Kylie or a press release announcing the sale of the club to a gazillionaire who had already signed pre-contract terms with Messi, Neymar Jr and Ronaldo to join us in January and dig us out the considerable amount of shite we’re in on the pitch.

It’s genuinely ours and how often can you say that? In an era where we get the same kit as other clubs within our manufacturer’s stable, I like the fact that no other side has the same strip in a different colour way.

It’s also genuinely different and how often can you say that? Our second kit this year we’ve had before. We’ve seen amber shorts paired with the home kit before. We’ve not seen this colour before – ever. It’s on brand with lots of the current crop of kits being a bit “out there” in the colours used. Both the Barcelona and Scotland away kits use pink and purples and they’re both ace kits.

But I can’t help but regret the missed opportunity. Use the official colour of the City of Culture branding. Partner it with the blue in that brand book. Join in the celebrations and celebrate the city, the club and the important role the club has within the city and this could have gone down as genuinely brilliant.

Instead we’re left with a few reasons to like it but no reason to love it.