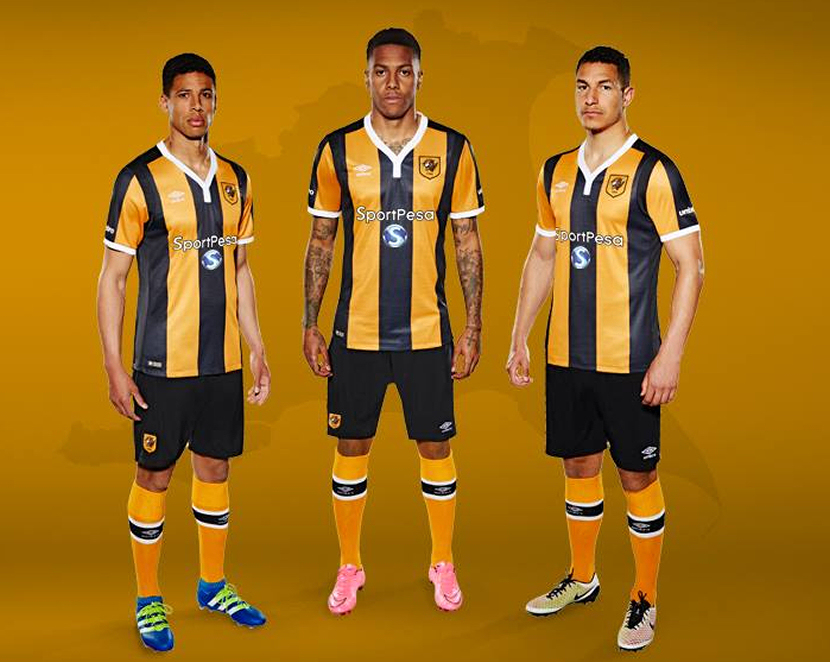 City have announced their new sponsor, a Kenyan bookmakers, and revealed the home kit for the 2016/17 campaign. The HCK kit geeks, who recently gained PhDs in polyester assessment, are ready to opine…

SombreEthyl: “The shirt has a Curate’s Egg feel to it, as parts of it are excellent. I like the nod to the late 70s white collars, but the wishbone collar does nothing for me. Bold stripes are good (that too seems to be a nod to the 1975-79 home shirt by Europa, though with the colour order reversed) but I think the amber to black ratio is ever so slightly off.

A striped shirt needs as much amber as possible to keep the shirt bright I feel, and Umbro got this spot on in 2014/15 by having plain amber sleeves. It’s the big block of black on the sides that’s the issue I think, though the size of the shirt might be a factor. A thin amber side panel breaking up that black could have made a big difference.

When I first saw the teaser video, I thought the thick amber central stripe was to be flanked by two thinner black stripes, irregular width stripes would have worked well as then there’d be more amber on the sides. The tone of amber appears to be very deep, almost orange on some images but not on others, so I’ll reserve judgement on that until I see it in the fle…err, polyester.

The sponsor. The wordmark of the Kenyan bookies is clean and inoffensive, and very small on the shirt. Sportpesa appear to have sacrificed the size of the wordmark in order to get the logo in, whereas just going with the company name would have made it far easier to read, and would look cleaner overall. That said the light blue logo roundel being on a thick black stripe means that it doesn’t ruin the shirt (it’s less obtrusive than say, ToteSports wordmark in red and green over an amber field on the 2009/10 home shirt). No big grumbles about the sponsor’s application, and though it’s a betting firm, the word bet doesn’t appear so that’s good. 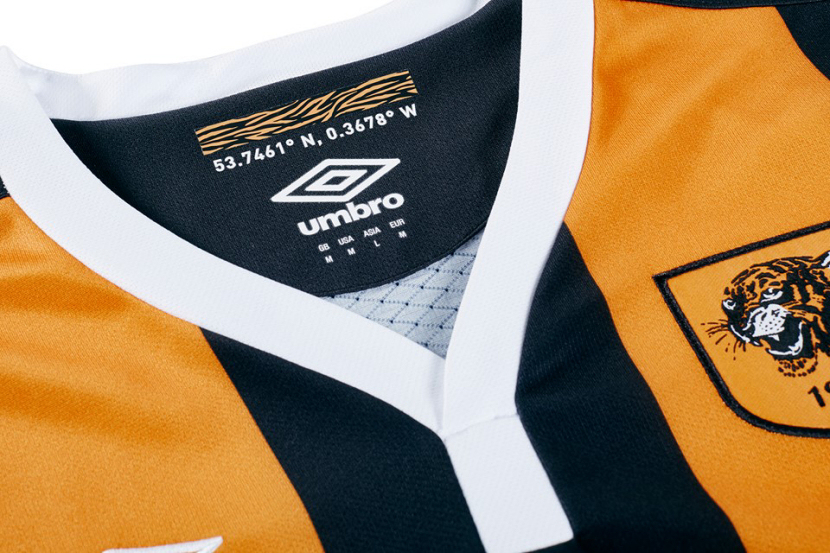 Overall I like the shirt, but I think I could have liked it much more. Regular collar, thin amber side panels and just the sponsor wordmark and I’d love it.

The shorts though, I really don’t like the shorts. They’re being used for both home kit and away, and yet they don’t work with either. On the away the matte black jars with the shirt’s amber layer, which gives the black an amber sheen (or if you’re being unkind makes it look brown). With the home kit, the shirt and socks have white trim, but the shorts have none.

A thick amber side stripe with a flash of white either side would make all the difference to the home kit (and the away kit can use the amber alternate shorts used at Derby in the Play-offs to fix the mismatched blacks issue).

The socks are functional, but non-notable. Like the shirts, the amber looks orange, almost fluoro orange on some photographs, but again I’ll reserve final judgement until I see them up close.

In summary, this is pretty good, but a few tweaks away from being really good.” 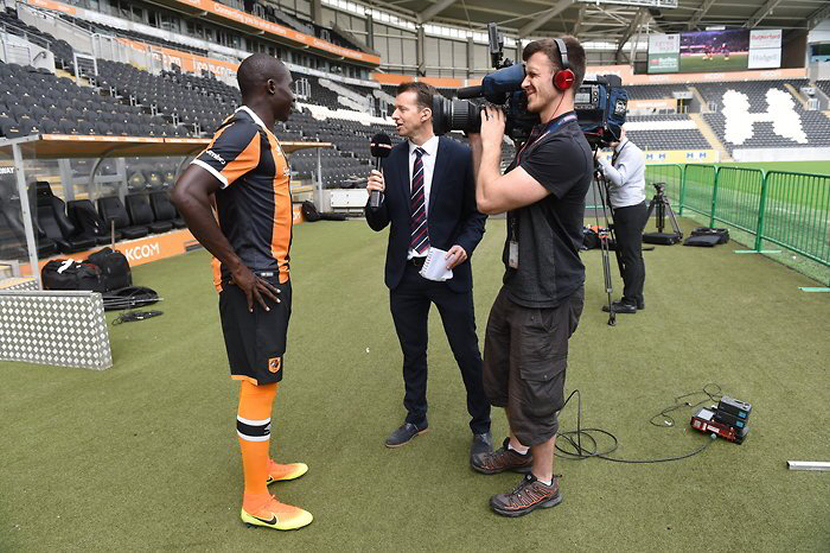 JGHull: “There’s something about it which I just don’t like. I think in summary, the thing I dislike the most is the fact that it could have been a cracker and it isn’t.

The 70’s throwback styling – well intentioned and a cool idea. The collar – the Everton style collar would have been just fine.The badge (and timing of the kit launch) – *bites lip*

The sponsor – word mark would have be fine here. Make it bigger so it’s seen and get rid of the clip art, GCSE logo.

The shorts – I’m as irritated as Les on these.

The socks – glow in the dark orange. Surely some mistake?

I’ve not seen it with my own eyes yet but the pre-season friendly photography re-inforced my initial view. It doesn’t look quite right. The amber stripe on the rear of the short appears a slightly different tone of amber again. How hard can it be to get the same colour throughout a strip? (I hope I’m wrong, this is all based on photos)

The other thing we’ve yet to see is what the underarmour looks like – given the collar, I’d imagine a lot of players will wear an undershirt. I think the ruling is that it must match the sleeve so it could be an amber one, or it could be a black. I’m hoping they wear black to prevent yet another potential amber/orange being introduced but I don’t think a rounded undershirt collar will sit visually well underneath this style collar. We’ll see.

However, the only shirts I buy are kids kits nowadays and the kids kit will not have the sponsor on. If it only had the rounded collar, it’d have been a killer City kit. “Fat” striped 70s throwback without sponsor? Swoon. 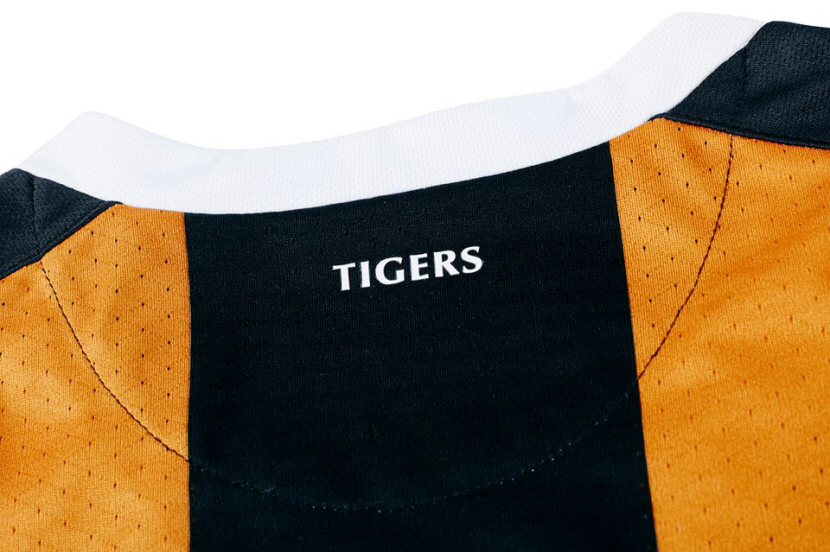