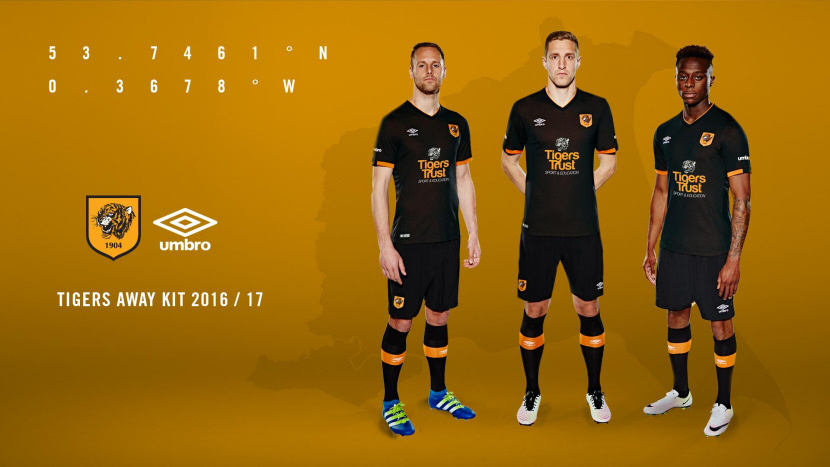 JGHull: “I’m sure Mr Motherby will wax lyrically about how this shirt wicks sweat away from the skin in a feat of engineering driven by the desire to mimic the skin of a Unicorn’s bollock or something but to me, it’s just a black kit with nice socks. That’s it.

Yes, the sponsor is ace and looks good on the shirt but we all know that it’s going to be replaced with SpunkBet or some such bookmaker absolutely nobody will have ever heard of (it’s all the rage in the Premier League, let’s face it).

Whilst Umbro rarely let the side down – and they haven’t really here – this feels like the sort of kit you’ve seen before. And that’s because you have. Yes, it had a different collar but it’s more or less the same as the kit from 14/15.

8 year old *me* is becoming bored with the lack of effort with modern kits. They are becoming one of two things:

1. Boring. Driven by Ultra 27K HD+ MegaSharp TVs, kits are becoming one colour and if you’re lucky, you might get a different colour sock. (Note to Nike – this looks shit)

2. Extreme. Driven by a desire for some marketing plonker to able to tell the Chairman he got a gazillion likes, 27 tweets and 134 mentions on FaceTube, we’ve seen some kits that are purely for PR.

This kit is alright but falls into category 1. City away kits should be white. Or blue. Or green if we really want to push our luck but black is for third kits (which we now need one of).

So I’m left really hoping that we see a fat striped, black and amber, hoop socked, Hull City AFC emblazoned, semi inducing home kit (I reckon the first two are nailed on, the third possible and the fourth one? Sigh.)

Away kit? Meh. Regardless of the Unicorn bollock copying properties.” 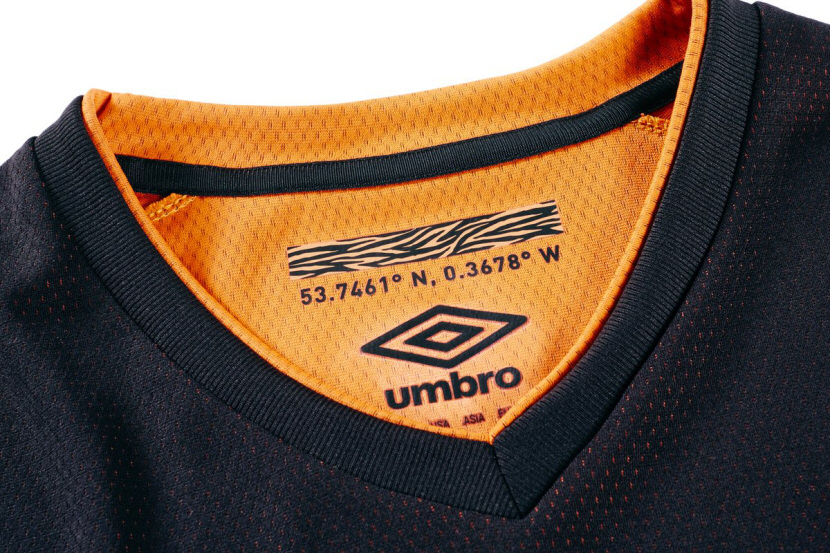 SombreEthyl: “I’m feeling a bit misunderstood by Mr Greenwood! I’ve never been impressed by claims of 32% more sweat wicking or a shirt being 0.0000017 zeptograms lighter at the atomic level than last year or some such, I consider all of that ‘KitBollox’ and I’m not going to start liking it now! I’m all about the aesthetics.

I can sympathise with the view that this doesn’t get the kit juices flowing, but then I sympathise with a supplier being told “give us a black kit with amber trim” when we had such a kit just two seasons ago, there’s only so much scope to play with.

I like the ‘lightweight polyester diamond mesh… with an internal contrast amber colour’, I think the vent hole effect with amber peeking through looks good and gives the shirt an amber sheen, rather than being solid black as in 2014/15. I like simple, unfussy collars and the black V neck with a layer of amber trim is smart, and sufficiently different from the mitred V neck of the Everton away shirt (which shares the contrast colour mesh effect) as that has no stacked trim, instead the V neck is two piece, changing colour at shoulder level. At a time when England share the exact same template as Brazil, France, Portugal and a myriad of other international sides, City being sniffy about the similarity of our away kit to Everton’s when they’ll never be seen on the pitch together is churlish. 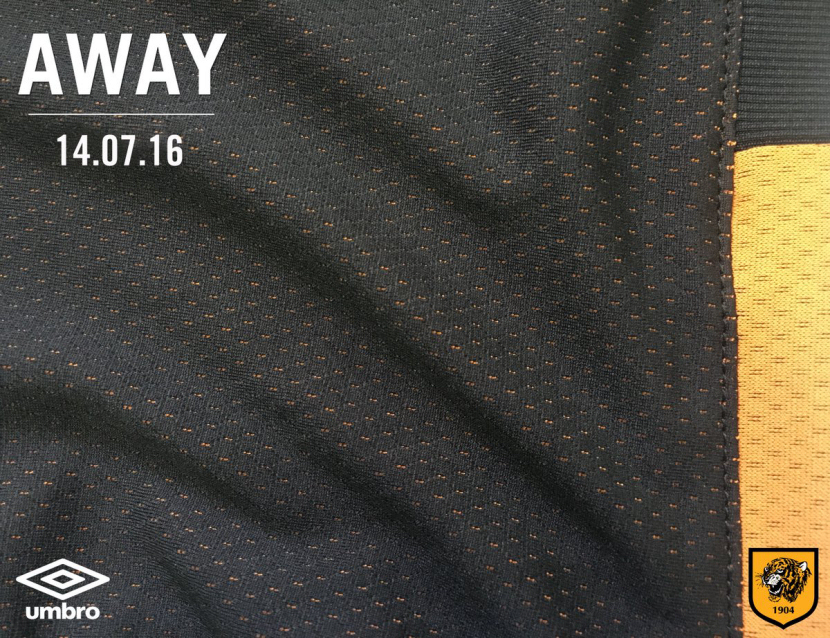 Derby’s away shirt has the same collar style as ours, but they don’t have the contrast mesh feature, theirs is plain black with an asymmetric colour print on one side of the chest. Only subtle changes, but Umbro can’t be charged with giving us the exact same kit as another club save for the colours used, and let’s not have the old boring template debate, templates have always existed, and at least Umbro personalise the shirt with the tiger stripe band applied inside at neck level, along with the co-ordinates of the stadium gimmick they’re doing for all double-diamond clubs.

We’ll see if Umbro do as they did in 2014/15 and not have separate black shorts for home and away kits, and use the same design for both, which seems fairly sensible although if the shirts have an amber sheen but the shorts are plain black, that might make them look mismatched. My answer to that? I’d love to see amber alternate shorts used with the black shirts and socks, I adored that admittedly off kilter look at Doncaster in 2014.

Thinking of the occasions we could wear black shirts for greater contrast in the Premier League in 2016/17 against teams that wear dark shorts, then Tottenham, Southampton and Sunderland spring to mind as games where we could go black-amber-black.

I rather like the socks with the thick amber band underneath the black turnover cuffs.

Though I do prefer all white as our default away kit, I understand that in the age of three new kits a season the need to freshen things up effectively precludes having one every season. Black now feels naturally part of the change kit rotation alongside white and blue, and that is no bad thing, especially if it forces the home kit to have more amber in it. Any home kit with a striped shirt should be as bright as possible, and the black away kit from 2014/15 meant amber sleeves and socks on the home (though hooped socks are even better).

In summary then, this is a decent if not exciting away kit.