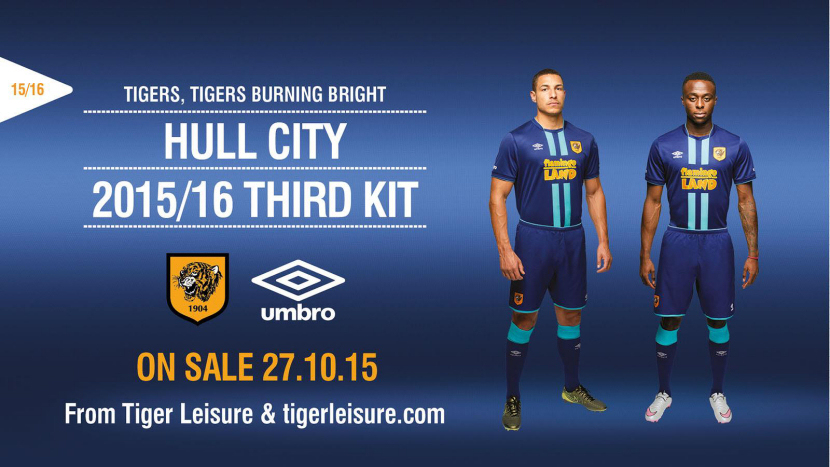 Releasing a third kit late in October? Hmm, ok. Here’s what the HCK kit geeks make of it…

JGHull: “I just can’t summon up any excitement over this kit and I think it boils down to it feeling like somebody else’s. It’s not “us”.

The home kit? It’s us (even if a bit “Wolves”). The away kit? It’s us (even if the collar irritates me). This? It’s a West Ham away kit, isn’t it? It doesn’t feel like ours. Throw in the fact that we don’t actually need it either this season – we’re covered by our primary and change kit – so when we wear it, it’ll be out of one need only. To flog a few. And whilst I know other clubs do it, I’m a parent so insert generic moan about costs here. Grumble, modern football, grumble grumble. 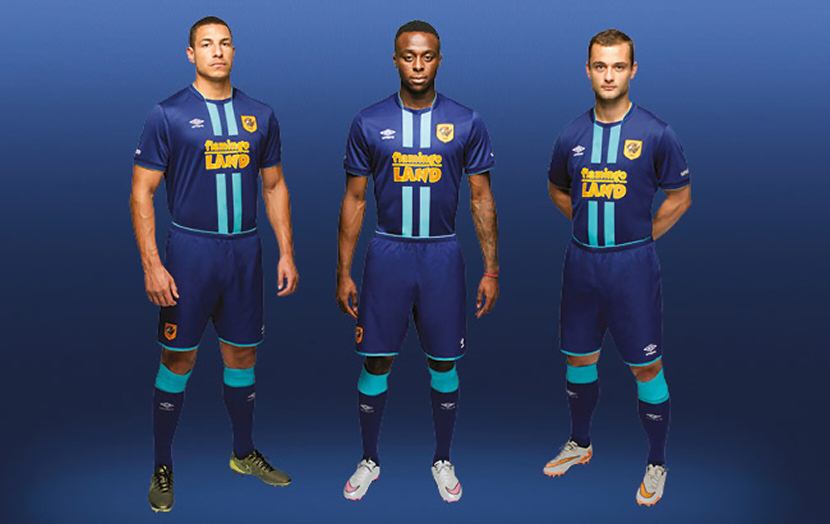 SombreEthyl: “Necessity is the mother of invention, at least to begin with. Later on however, necessity takes a back seat to allow commercial imperative to ride shotgun.

City have needed a third kit in past years, take 1995/96 for example, when the home shirt was solid amber and the away shirt maroon with amber trim, meaning an all white third shirt was a necessity when we visited the claret and amber clad Bradford.

Do we really need a third kit this season? No, no we don’t. There’s enough flexibility with the home kit, alternate shorts and away kit to cover any kit clash on our travels, as we’ve already shown this season.

The home team has white in their shirt and home shorts? Wear the amber alternate shorts (retained from last season) with the primary shirt and socks as we did at Sheffield Wednesday.

To avoid wearing mostly amber shirts when playing away to a team in red shirts to help out a colour blind player? Mix the white away shirt with the home kit shorts as we did at Charlton and Nottingham Forest. The home and away kits are interchangeable enough to cope with any clash eventuality.

The third kit then is merely a commercial imperative, and perhaps more so for Umbro than for the club. I believe that City initially resisted having the third kit but had to give in to contractual stipulation, as when we signed the deal with Umbro as a Premier League club, three kits per year were part of the deal.

Why would we resist? Well, we probably have to take so many thousand units for retail and shifting all of them in a season when home games are drawing 8000 less spectators than the previous season may prove a challenge.

The kit has been available to the kitman to use if needed for a while, but upon the lauch the club has said it wanted to spread the launch dates of each kit ‘to ease financial burden’.

The kit itself then. Blueprint and Scuba blue.

BLUEPRINT AND SCUBA BLUE! Just typing that raises my blood pressure, prejudices me against it and makes me want to kick whichever Nathan Barley came up with that pretentious nomenclature squarely in the cock. It’s navy blue with light blue trim.

Those colours don’t say Hull City very much do they? Yes, I know a third kit is supposed to look completely distinct from the home and away colours, but that doesn’t mean you can’t reference familiar tones.

Umbro got this spot on last year, amber and black striped home shirt, black away shirt (which necessitated an alternate change shirt) and a third shirt that used familiar City change colours in a new way: a white shirt, as per tradition, trimmed with a blue similar to the civic tone of azure and similar to the hues used for away shirts in 2004/05 (riffing on the shirts worn at home in Boothferry Park’s inaugural year), 2009/10 (also by Umbro, termed ‘fusion blue’) and 2011/12 (listed by adidas as ‘Argentina blue’ and reused as a third kit in 2012/13).

If using light blue as trim on this new kit is being passed off as a theme continuation, it sure doesn’t feel like it, but rather that we’ve gone with Umbro’s featured colourway for 2015/16, just as two-tone purple (used for our primary keeper shirt and training wear last season) was in 2014/15.

Admittedly, as leisurewear the shirt looks quite fetching, the contrasting tones of blue work well together and the muscle car racing stripes are pretty funky, but as a City shirt, I dunno, when looking at it I can’t escape the thought ‘prototype West Ham away kit’. I don’t see a City change kit in the way I did when we played in the 2014/15 third kit at Lokeren, Newcastle and Liverpool.

I imagine this kit would look very good if it appeared on FIFA ’16, as then you wouldn’t see the elements that don’t work in great detail. I really don’t like the collar, it’s weird, and means that each of the three shirts has a different collar. I wish they’d used the same style as the home shirt on all three, firstly because retro styled wrapover V necks look ace, and secondly because it would have given some visual connection to three diverse designs and made them look like  a set rather than three shirt styles chosen with darts and photos.

Flamingo Land’s yellow trimmed orange wordmark, relatively tasteful on the white away shirt, looks incongruous here on a backdrop of dark and light blue. I try to not let the badge bother me but it just does, so repetition for emphasis and all that, I want to see Hull City AFC on a club crest ASAP, though that is far beyond Umbro’s design remit.

I think I would have definitely liked this more if the collar had been simpler, if the sponsor logo had been rendered in white to match the Umbro logo and wordmarks, and oddly, if it wasn’t a City shirt. I struggle to not view it through the distorting prism of City kit geekery and a love of visual identity tradition.

If I could see just a football kit, I’d likely say it was a rather nice football kit. Maybe I’ll learn to do that in time, though we probably aren’t going to see that much of this kit. I thought we’d see it at Milton Keynes, but we wore the home kit in the 2-0 win, so when? Leeds away maybe? I doubt we’ll get more than three games out of it.

Overall Umbro have been very good for Hull City in recent years*, but this kit feels like a slight misstep compared to the other kits made during the current deal and it is most certainly unnecessary.”

SILLY, NOT EVEN PRACTICAL AS AN AWAY KIT, FORCING US TO BORROW ANOTHER TEAM’S SHORTS AND SOCKS, GRRRR : 2008/09 away.

If you like the third kit and want to buy it, it’s available to purchase from Tiger Leisure.

Kit Tracking – The season so far
Scroll to top