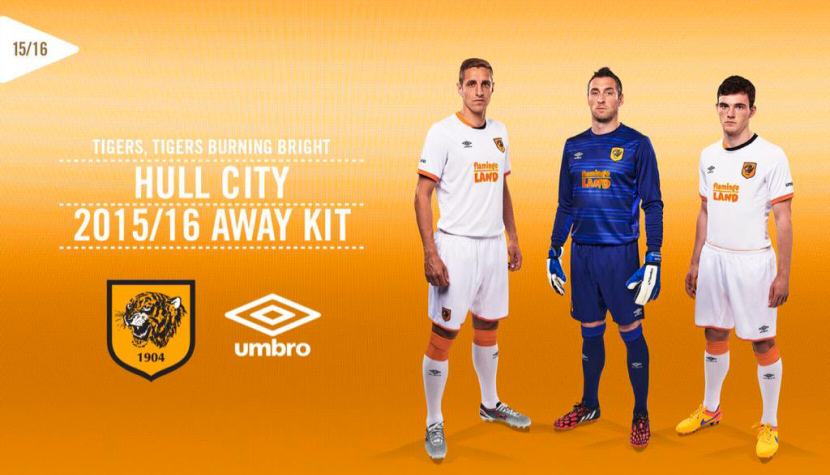 Fight Night was also Kit Night on Saturday, as local boxer Luke Campbell revealed Umbro’s new Hull City away kit before his televised scrap with Tommy Coyle. The HCK kit geeks never pull punches when they opine on City polyester, and here they mull over whether all-white is all right…

SombreEthyl: “Traditional all-white is a great starting point for a change kit, so I’m predisposed to like this from the outset. The devil though, is as they say, in the details, so let’s consider those.

The collar. It’s vaguely reminiscent of the style used on the flint grey away shirt Umbro supplied for our first Premier League campaign. It’s alright, I’m certainly not emotionally wounded by it like JGHull is, but I do wish we’d used the same wrapover V-neck style as the home shirt, in comparison the two tone round collar seems a downgrade. Because the longer, wrapped over panel is black, I feel the amber on the sleeve cuffs and sock bands would be enhanced by a small amount of black tipping trim to better visually connect them to the collar. I acknowledge that the black Umbro double diamond logos and wordmarks on the sleeves are there to achieve such a connection, but I feel it could have been done a wee bit better. Just a wee bit though, this is a minor gripe, overall I think Umbro have given us an attractive shirt.

Of course Umbro aren’t responsible for the club crest or sponsor(s). The nameless crest will forever be associated with Assam Allam’s spiteful (and seemingly never ending) attempt to rebrand the club, and the more I see it the more I dislike it, I want to not have to say this anymore, I want it gone. The sponsor has been decried as small time and a joke by many, but it really doesn’t offend me and Flamingo Land’s wordmark has been applied in the least obtrusive manner possible. Would the shirt look better without a sponsor? Of course, but that’s true of any shirt. From a kit aesthetics point of view, the worst part of relegation to the Football League is secondary shirt sponsors, and the logo of Hull’s Lionel Hutz will sully the back of these shirts.

I might prefer a different collar style, but I think Umbro have supplied us with a classy and unfussy away kit. The simplicity of the shorts design allows for interchangeability with the home shorts if required, it wouldn’t look an odd pairing at all, indeed I wonder if there are alternate amber shorts for the home kit again as white-amber-white could look pretty good.

As for the kit launch, I applaud whoever had the nous to use the platform of the Luke Campbell – Tommy Coyle fight. Billed as East Hull v West Hull, taking place at Craven Park, with fighters wearing shorts in the colours of Hull FC and Hull KR, the appallingly named ‘Rumble of the Humber’ encounter had a distinctly Rugby League flavour. Injecting some Cityness into proceedings then, with Luke Campbell wearing the new away shirt as he made his way to the ring (live on Sky Sports, natch), was a wily move. Was that an admiring glance I saw from legendary mic-man Micheal Buffer? I think it was, and wonder if he was tempted to announce “Let’s get ready to Umbroooooooooooooooo!” 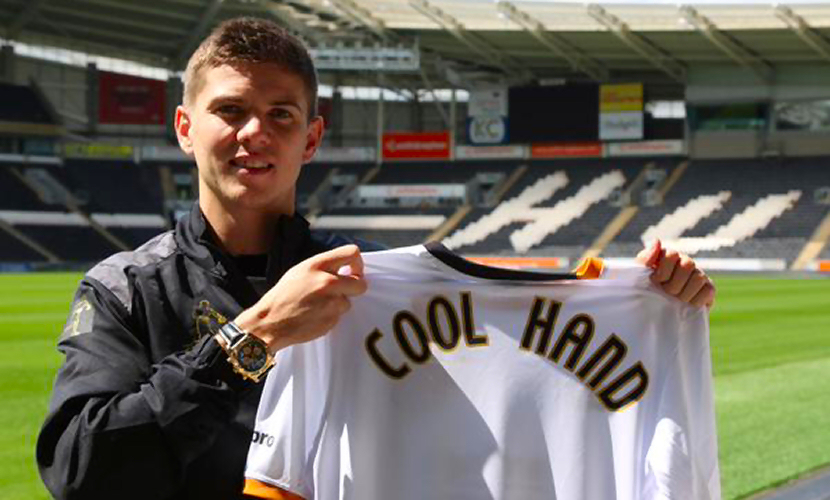 JGHull: “Let’s skip all the rest of it and get straight to the collar shall we? Who thought *that* was a good idea?

I’m a fan of City in all white. In fact, the Umbro away of 2007/08 is one of my all time favourite shirts. This though? It’s close to being a belting City kit but I can’t see past the two-tone collar colouring cock-up.

It’s just not anchored to the rest of the kit in any way – and I’m not having the Umbro identity used to justify it either. Plain amber collar and we’re off and running with a classy City away kit. Alternatively, bring some black in to the strip elsewhere? If we must split the collar, shouldn’t we split the cuffs or short trim or something somewhere?

I’m not going to comment about the sponsor and badge as I did during the home kit review (sponsor: fine, badge: visually not bad but forever tainted).

As for the kit launch, I thought this was really well done. High fives all round for whoever had the idea of asking Luke Campbell to wear it during his ring entrance. It was also nice to see the image that followed it up on social media referred to us as Hull City.

Very nearly a cracker, it would have been if they’d used one colour on the collar, like on my corrected version here….” 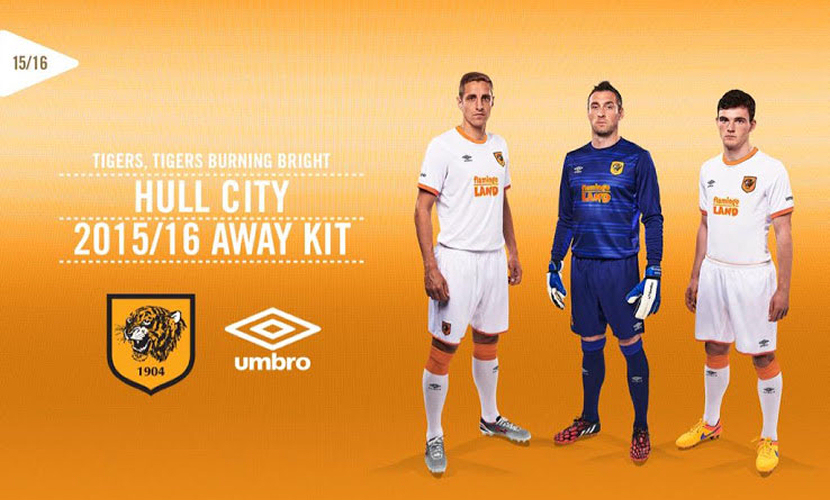