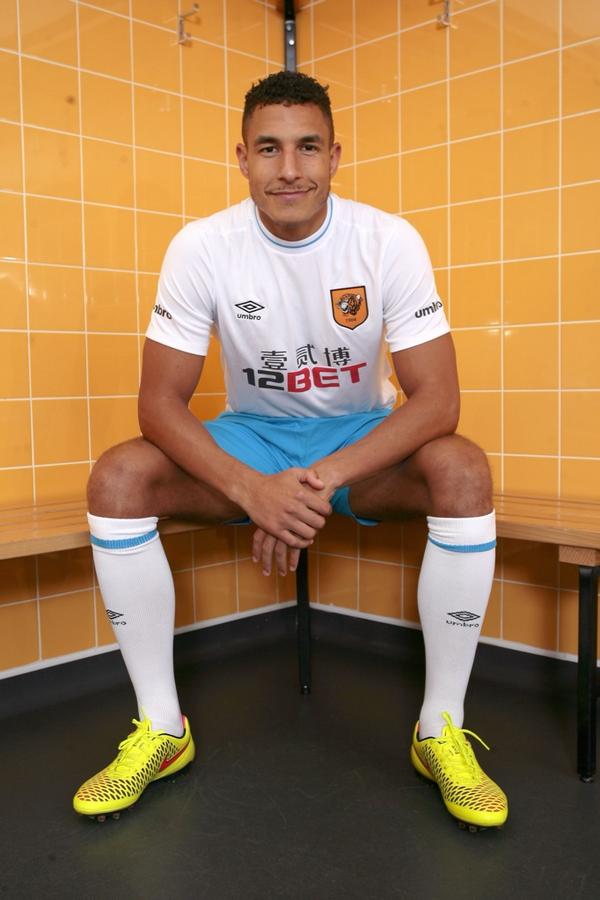 The 2014/15 home kit is unanimously loved by the HCK geeks, whereas the away kit divides the opinions of SombreEthyl and JGHull. The third strip is the charm, says no one, but Umbro have revealed City’s alternate change kit, activating our opinion glands which are ready to spurt…

SombreEthyl: “A fusion of classic tradition (white away shirts) and nascent tradition (using blue, which recalls the city being the capital of synthetic ultramarine dye production as well as being one of Hull’s civic colours, as a change tone), that works for me, as does a keeping it simple approach to design. I like this. A lot.

When I see some of the attention seeking designs from brands trying way too hard to make a name for themselves, such as Warrior’s horrific Liverpool change kits both last season and this, as well as Macron’s tendency to splash as many of their logos on a shirt as possible, I’m very grateful that Umbro are capturing the zeitgeist for understated and classic designs.

A white shirt, blue shorts and white socks, each with just a touch of contrast trim, it’s a very attractive combination and is harmoniously put together.

There will come a time when envelope pushing design is in vogue again, but at a time when Hull City are trying to establish themselves as a regular and respected Premier League constituent, a restrained and tasteful set of kits fits the bill and Umbro have delivered with all three designs.

Though I’d have preferred the wrap over V neck that’s used on Everton’s white third kit, (that collar style is perhaps my favourite ever, it harks back to an age of classic kits in the late 80s to early 90s and I’d dearly love to have a City kit featuring it), it is understandable that Umbro would shy away from replicating that look for us when you see the endless and tedious faux-rage generated about templates on kit review sites.

A sponsor insisting on having their logo in brand colours can cause some hideous colour collisions (remember that purple and lime green NTL applique on Aston Villa’s claret and sky blue home kit? Eww!) but 12BET’s insistence on having part of their logo in red isn’t as jarring as it sounds. Umbro sensibly rendered part of the sponsor blue on the artwork they supplied the Premier League for the annual handbook, but I don’t think the splash of red on the final version looks incongruous on this shirt, and that’s probably down to its very basic styling.

Umbro’s slightly superfluous sleeve wordmarks will need to be covered to comply with kit rules in UEFA sanctioned competition, which will be addition by subtraction in terms of overall kit appearance, even better, they’ll be covered by Europa League patches, an embellishment second only to the FA Cup patches City used in the Semis and Cup Final.

I’m rather excited about seeing this shirt with a unique name and number font for Europa League games added too. What I’ve seen has stencil lines through it, like what you’d see sprayed onto cargo boxes, quite appropriate for use abroad I’d say

I’m duty bound to say I’d have preferred the old logo with City’s name and nickname, but regardless this is a lovely kit, and while it references tradition, it takes us in a new direction where away kits are concerned. The three kits supplied have justified our initial excitement that Umbro are back, and since the competition they faced to supply City was from Warrior and Macron, every Tiger National should be glad we’ve gone double diamond.” 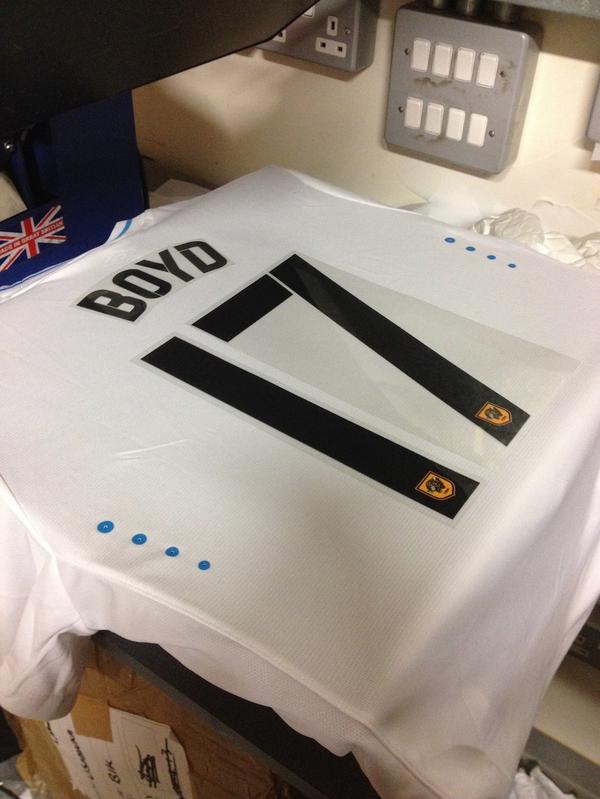 I’m a massive fan of white as our change kit but historically, blue has been used before and I like us in it too. Admittedly, not the deep blue from last season (that was a bit of disaster) but light blue has become one of our key club colours. And this kit is stunning.

A simple shirt with round neck collar (will any of the players nick that with scissors for comfort? Hard to see where it sits on that picture of Jake Livermore – often if it’s too high or too tight, some players gets the scissors out), simple blue shorts, white socks with a simple blue hoop. Simple then, but very effective.

The sponsor including red is OK – I’d have loved to have seen that in plain blue or black but it doesn’t do any damage. I do wonder though why the red is insisted upon on this kit but not the other two kits? The red could have been used on both of the other strips so whilst this doesn’t hurt the strip at all, it stands out that it’s been used here.

The badge? Blah blah blah. I’ve said it before. Fix the “1” and it’s OK as a shirt badge but I’d rather it had the club name on. The club are finally using Hull City in their press, artwork and social campaigns so hopefully we can see a revision of the crest for next season.

Overall, Umbro have created three great playing strips for this season and they deserve to sell plenty of them. However, I said it about the second kit and I’ll say it again – kits become memorable because of when and where they are worn. And City are in Europe. It doesn’t get more memorable than that so Umbro have every chance of these kits being loved for a very long time.